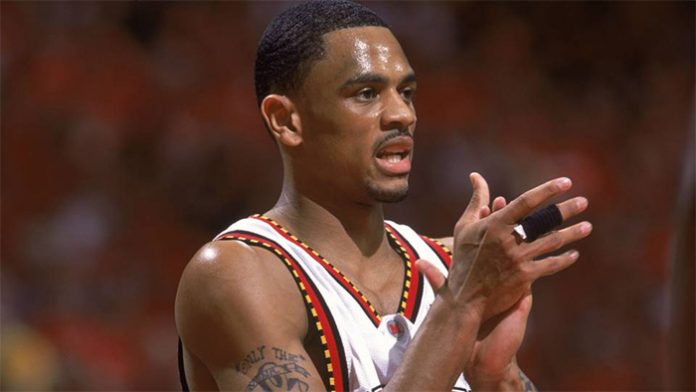 A former NBA player, Juan Dixon launched his professional basketball career with the Washington Wizards in the early 2000’s. Over the years, he played with several other teams including the Detroit Pistons, Toronto Raptors, Portland Trail Blazers, and a few others. He eventually retired as a player in 2011, after over a decade of playing on the court.

Since his retirement, he has remained involved with the sport as a coach. For instance, he worked with the women’s basketball team at the University the District of Columbia from 2016 to 2017. From there, he also began to coach the men’s at Coppin State.

How much did he make as a professional basketball player? How lucrative was his NBA career? How rich is he today? According to various sources, Juan Dixon has amassed a net worth of $6 million as of 2018. Where did he earn the majority of this sum from? Let’s take a look below.

How did Juan Dixon Make His Money & Wealth?

Born on October 9, 1978, in Baltimore, Maryland, Juan Dixon attended Lake Clifton High School, before transferring to Calvert Hall, where he began to play basketball. When he was 17 years old, his parents passed away from AIDS-related illnesses, which led him to be raised by his grandparents. After graduating from high school, he attended the University of Maryland, College Park, where he played under head coach Gary Williams.

By the time he graduated college, he had several achievements to his name—not only did he lead the school to their first National Championship, but he was also honored as one of the country’s best players with the ACC Athlete and ACC Men’s Basketball Player of the Year Awards.

In 2002, he launched his professional basketball career after being drafted by the Washington Wizards in the NBA draft. Ultimately, he stayed with them for three years, before joining the Portland Trail Blazers in 2005, with whom he played until 2007. From there, he was traded to the Detroit Pistons in 2008. Within just a few months, however, he signed back to the Washington Wizards, for a $1.03 million one-year contract.

Following that, he signed with the Aria Thessaloniki, a Greek multi-sport club, with whom he participated in a number of European competitions. Next, he played with Spain’s Unicaja Malaga, before signing with Bandirma Banvit in Turkey in 2011. In the end, he would only play one season, before switching over to coaching.

In 2013, the former NBA player joined the Maryland Terrapin as a special assistant under head coach, Mark Turgeon. After three years with the team, he was relieved of his duties in July 2016. A few months afterward, he was recruited as the head coach at the University of the District of Columbia’s women’s basketball team. Following one season, he was hired as a head coach by the Coppin State Eagles. Unfortunately, it’s not known how much he is paid for his coaching duties.

Outside of basketball, he’s also appeared in a few TV programs in the past such as Tragedy to Triumph, Who Made You? and The Apprentice.

Up until 2012, he was married to Robyn Bragg Dixon, his high school sweetheart.

Does Juan Dixon Have Any Children?

Did Juan Dixon Go to College?

Yes, he attended the University of Maryland, College Park from 1998 to 2002, during which he played college basketball.

What is Juan Dixon Famous For?

Juan Dixon rose to fame playing for the Washington Wizards in the early 2000’s. From there, his popularity only grew further as he continued his NBA career. Since his retirement, he has helped coach, several teams.

As far as we know, he currently lives with his ex-wife (despite having gotten a divorce) and two children in Maryland. We do not have any pictures at this time.

What Kind of Car Does Juan Dixon Drive?

How Much Money Did Juan Dixon Make Last Year?

Details on Juan Dixon’s 2017 salary is not available at this time.

As mentioned earlier, Juan Dixon has been the head coach for the Coppin State Eagles men’s basketball team since 2017. Prior to that, he coached the women’s at the University of the District of Columbia.

Unfortunately, it doesn’t look like Juan Dixon is active on social media at this time. With that said, he does occasionally pop up on Coppin State’s Twitter account, which you can check out here.