What Happened to Adam from Man Versus Food? – 2018 Update 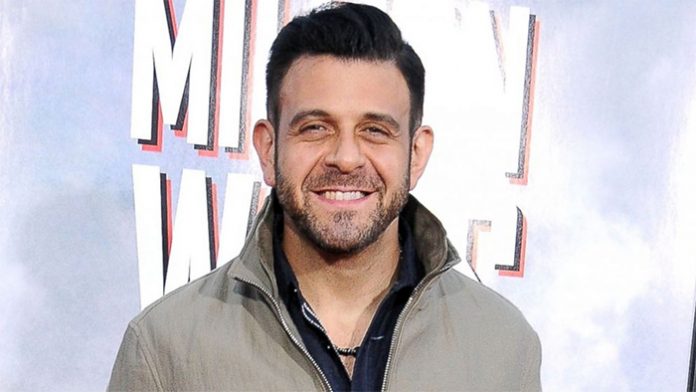 A television personality, Adam Richmond is perhaps best known for his appearances on the Travel Channel’s Man v. Food. A food reality series, it follows the New Yorker as he travels across the country to face off against various eating challenges.

A fun show, it quickly proved to be popular among viewers with stellar ratings. In the end, Adam hosted the series for four seasons, until 2012. From there, Man v. Food took a prolonged break, before being revived in 2017—albeit with a different host.

What has the reality star been up to since the end of the show? Has he worked on any other programs in the recent years? What is he up to nowadays? Hopefully, we’ll be able to answer these questions for you below.

What Happened to Adam from Man Versus Food? 2018 Recent Updates

A food reality series, Man v. Food debuted on the Travel Channel in 2008. Hosted by Adam Richmond, the show quickly proved to be a hit, with the highest-ever ratings on the network. Despite its success, however, the food enthusiast eventually announced that he would be retiring from food challenges in January 2012. With that, the series also came to a screeching halt that year.

Other than the fact that he had wished to move on, no exact reason was given for his retirement. With that, many began to speculate that he had left the show due to health issues—something that had come up before according to Ken Lowe, the Scripps Networks chairman. Not long afterward, there were also rumors stating that Richmond had gone vegan; these claims were later refuted by the TV star himself on Twitter.

Five years after the show “ended”, it was announced that Man v. Food would be coming back to the Travel Channel in 2017. Understandably, however, Richmond would not be returning as the host; instead, his role was given to Casey Webb.

In terms of whether or not he has appeared on television since the answer is yes. A few years after retiring from eating challenges, he landed his own show called Secret Eats with Adam Richmond, which premiered on the Travel Channel in 2015. Just last year, he hosted two new episodes titled “Iceland” and “Secret Super Bowl Snacks.”

Not only that, but he’s also been hosting Man Finds Food, a new food reality series that premiered in 2015. Similar to the other show, it follows Richmond as he tracks down various specialty foods across the country. Originally aired on the Travel Channel, it recently began broadcasting on the Cooking Channel in January 2018.

In terms of his other recent work, he has also made appearances in Today, Beat Bobby Flay, Hot Ones, Simply Ming, and Harry. Most recently, he was featured as a guest on CBS This Morning: Saturday in 2018.

More About Adam from Man Versus Food

Born on May 16, 1974, in Brooklyn, New York, Adam Richmond was brought up in a Jewish family in the Sheepshead Bay neighborhood. As a student, he attended Talmud Torah High School briefly, before transferring to Midwood High School, from which he graduated in 1992. Continuing his studies, he eventually went to Emory University in Atlanta, Georgia, where he majored in International Studies. Upon completing his program he went to the Yale School of Drama for a master’s degree.

Prior to getting involved with reality television, he worked as an actor in the 2000’s. In 2004, he made his acting debut in the series Joan of Arcadia. Some of his other early credits include All My Children, Law & Order: Trial by Jury, Guiding Light, and My Ex Life. Most recently, he played a small role in the comedy Jokers Wild.

In the end, however, it wasn’t until 2008 that he rose to fame as the host of the reality series, Man v. Food. Premiered on the Travel Channel, the show followed the actor as he participated in numerous eating challenges across the country. Well received, it had attracted a significant amount of viewers in the United States.

After announcing that he would be retiring from food challenges, the show wrapped up in 2012. From there, he went on to host a new show called Adam Richman’s Best Sandwich in America in 2013, after which he starred in Adam Richmond’s Fandemonium in 2014.

Since then, the food enthusiast has appeared in numerous other titles including Sunday Brunch, The Wright Stuff, Food Fighters, Steve Harvey, All-Star Academy, and The Kitchen, to name a few. Perhaps the most noteworthy of all, however, is Secret Eats with Adam Richman, which ran from 2015 to 2017. Most recently, he was invited onto Harry and CBS This Morning: Saturday this year.

Aside from acting and reality television, Richmond has also done a fair amount of work behind-the-scenes. More specifically, he had worked as a supervising producer for the TV series The Traveler’s Guide to Live. Unsurprisingly, he also helped to produce Man v. Food, Adam Richman’s Best Sandwich in America and Man Finds Food.