What Happened to Barbara Mandrell? – 2018 Update 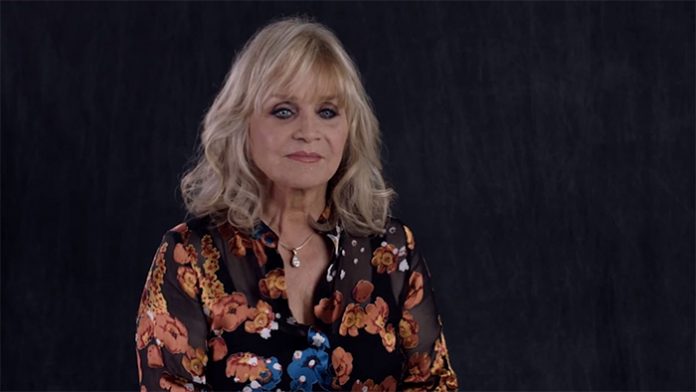 An award-winning country singer, Barbara Mandrell released a number of number one hits in the 70’s and 80’s including Sleeping Single in a Double Bed, I Wish Country When Country Wasn’t Cool and One of a Kind Pair of Fools, among a few others. By the 90’s, she had released over two dozen studio albums, most of which peaked on the US Country Albums music chart.

Despite her popularity and success, however, she hasn’t released any new music since 1997 (her latest album, It Works For Me was issued that year). Did she retire from singing? What is she up to nowadays? Has she worked on any projects at all in the recent years? These are some of the things that we’ll be taking a look at below.

As mentioned above, the country singer hasn’t recorded any new music in the recent years. Having said that, that doesn’t mean that she hasn’t released any projects. Two years ago, she issued a new compilation album titled, This Time I Almost Made It: The Lost Columbia Masters.

A re-release of her third album, it contained many of her classics including You’re All I Need to Get By, Today I Started Loving You Again, Kiss the Hurt Away, and Wonder When My Baby’s Coming Home. What led to the re-release? Part of the answer lies in the fact that the original 1974 album had never been released as a compact disc.

As you can probably guess, that’s not the only project to have received the treatment. In fact, just a month later, another one of her earlier albums, The 10 Commandments was re-released as a compilation in March 2016. Filled with 15 tracks, it gave rise to many of her popular hits including I Gave My Love To a Railroad Man, We’ve Got Everything but Love, Break My Mind, and Release Me.

The first artist to win two CMA Entertainer of the Year awards, she had also participated in The 50th Annual CMA Awards ceremony that same year, which took place on November 2, 2016. Her first-time television appearance in seven years, she has last appeared in CMT Insider in 2009. Unfortunately, Mandrell hasn’t returned in front of the cameras since.

In fact, as far as we can tell, the singer has been completely out of the public eye for the past few years. Scanning the news, the last that she was mentioned was in 2016 when she and her two sisters Irene and Louise hosted the Unleashed fundraiser for the Nashville Humane Association in 2015.

Will she be releasing any new music in the near future? Unfortunately, only time can tell for now.

Born on December 25, 1948, in Houston, Texas, Barbara Mandrell has been fond of music ever since her childhood. By the time she was thirteen, she was proficient in playing many instruments including the steel guitar, accordion, banjo, and saxophone.

Signing to Columbia Records, she eventually launched her professional music career in 1969. Over the next few years, she released three albums—Treat Him Right, This Time I Almost Made It and The Midnight Oil. While they charted in the U.S. however, the records did not generate high sales.

Under the guidance of Tom Collins, she eventually switched to the Dot label in 1975. By the end of the decade, her popularity had significantly increased with a string of number one hits including Years, Sleeping Single in a Double Bed, and (If Loving You Is Wrong) I Don’t Want to be Right).

Continuing to make herself known, she released numerous albums throughout the 80’s including Love Is Fair, He Set My Life to Music, Clean Cut, Get to the Heart, and Moments. More successful than her previous ventures, a number of them had reached the Top 10 on the US Country Albums music chart.

By the 90’s however, her career had started to slow down. With that said, Mandrell did continue to release albums some of which included Morning Sun, No Nonsense and Key’s in the Mailbox. In 1997, she came out with her twenty-fifth album, It Works For Me through DRD Records. Her latest project, she hasn’t come out with any new music since.

In addition to her music career—which has garnered her numerous awards over the years, she’s also known for a few television appearances. For instance, she and her sisters had had their own TV program called Barbara Mandrell and the Mandrell Sisters in 1980. For her work on the show, she ultimately received a People’s Choice Award, as well as a Golden Globe nomination.

Over the next decade, she appeared in several other TV titles such as The Statler Brothers Show, Empty Nest, Dr. Quinn, Medicine Woman, Baywatch, and Diagnosis Murder. From 1997 to 1998, she also played a recurring character in the romance drama, Sunset Beach. According to IMDb, her last acting role was that of Nicole Foley in the television series, Walker, Texas Ranger, which aired in 2000.