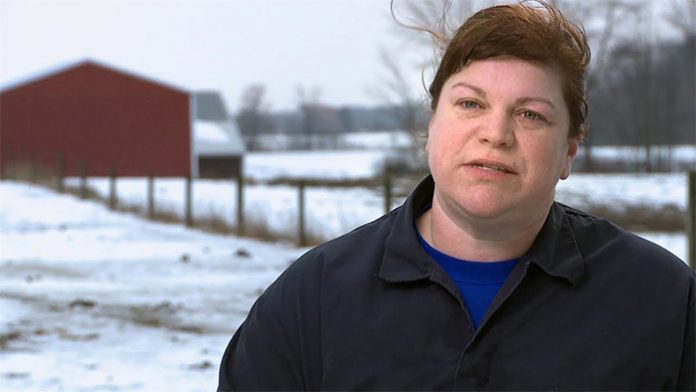 A television personality, Dr. Brenda Grettenberger is perhaps best known for her appearances on the reality series, The Incredible Dr. Pol. An established veterinarian, she works alongside Dr. Pol at his rural clinic Pol Veterinary Services in Weidman, Michigan. As of 2018, there are twelve seasons.

What is the animal doctor up to nowadays? Did she appear in the latest season of The Incredible Dr. Pol? Has she worked on any other television shows? Can we expect to see her again on Neo Geo Wild? These are some of the questions that we’ll be taking a look at below—be sure to stick around if it’s something you’re interested in.

For those of you who have been tuning into the show, you probably know already that Dr. Brenda Grettenbeger was present for the twelfth season, which premiered on January 6, 2018. Having said that, she didn’t appear in every episode—more specifically, she was absent from the episodes Kitten Kaboodle, Be My Canine, and Calf Out Loud. Nonetheless, she was a member of the cast.

Unfortunately, however, it appears that things will be a little different for season thirteen. If the first two episodes are of any indication, it looks like Dr. Grettenberg will not be returning to The Incredible Dr. Pol. Having said that, no official announcement has been made by the network. If anything, no one knows for sure, at this point in time, whether or not she will be making appearances in the show later in the season.

Whether or not she will be returning to the show, one thing’s for sure—she will not be leaving her passion behind any time soon. In fact, she once stated that she plans on working at Pol Veterinarian Services for the foreseeable future. Given that, is it fair to assume that she is currently still working at the rural clinic? As much as we’d like to let you know, however, we do not have the answer at this time.

A relatively private person, Dr. Grettenberg tends not to talk much about herself, even on the show. Considering that, it’s not surprising to know that she’s not active on social media. On the contrary, she doesn’t have much of an Internet presence at all—which is interesting seeing as how she’s starred in a popular reality series for many years.

Born on February 23, 1967, in Eaton Rapids, Michigan, Dr. Brenda Grettenberg studied veterinary medicine at Michigan State College in the late 80’s and early 90’s. After graduating, she came across a help wanted ad in the AVMA journal. With a little bit of luck, she eventually landed herself a position with Pol Veterinary Services in 1992. Like most newcomers, however, she experienced a fair share of obstacles. For instance, it took a while for “some of the older farmers to adjust to having a female vet”—something that she revealed in an early interview for National Geographic.

Nearly two decades of working at the rural clinic later, it was announced that she would be joining the rest of the staff in a reality series called The Incredible Dr. Pol. Premiered in 2011, it followed the life of Dr. Jan-Harm Pol and his vet practice in rural Weidman, Michigan. Almost immediately, Dr. Grettenberg’s compassion for animals caught the attention of viewers. Before long, she had become one of the most popular cast members on the show, alongside Dr. Pol himself.

Three years afterward, it was announced that the show would be receiving a spinoff called Calling Dr. Pol. Premiered on Neo Geo Wild in 2015, it welcomed back most of the original cast —including Dr. Grettenberger. With that said, Dr. Pol served as the main focus on the series. As a result, the female doctor had only appeared in a few episodes during its one-year run.

More About The Incredible Dr. Pol

A reality series, The Incredible Dr. Pol premiered on Nat Geo Wild on October 29, 2011. Narrated by Ari Rubin, the show follows the work of Dr. Jan Pol—a Dutch-American veterinarian who runs his own practice in Weidman, Michigan. In addition to him, the series features a couple of other doctors including Dr. Brenda Grettenberger and Dr. Emily Thomas. Of course, members of his family also make appearances throughout the show.

A hit series, The Incredible Dr. Pol attracts millions of viewers every week during its run. Filmed on location in Weidman, Michigan, the show is currently on its thirteenth season as of July 2018. For more information and details, you can visit the official website here.

As mentioned earlier, it’s hard to say at this point in time whether or not Dr. Grettenberger will be appearing in the thirteenth season. While there has been much speculation by fans, no official announcements have been made by the network.