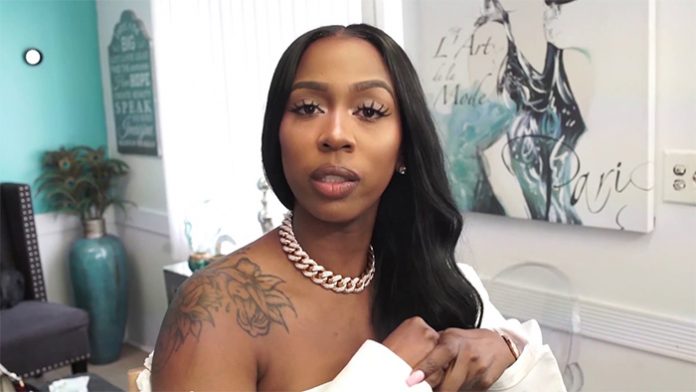 A Detroit rapper, Kash Doll dropped her debut mixtape, Keisha vs. Kash Doll in 2015. Since then, she has come out with many singles including For Everybody, Run Me My Money, I’m Kash Doll, and Upgrade You. Not only that, but she has issued with a few albums such as Kashin Out, Trapped in the Dollhouse and The Vault.

Like most artists, she has done a number of collaborations over the years—some of the fellow rappers that she’s worked with include Shy Glizzy, Big Sean, Metro Boomin, Pilies and Damar Jackson, to name a few. Speaking of which, she most recently landed a feature in Zeus Irons’ So I, which came out in June 2018.

How rich is the twenty-something artist? How much does she make from her music ventures? According to various sources, Kash Doll has amassed a net worth of $600,000 as of 2018. Let’s take a closer look at her career below.

How did Kash Doll Make Her Money & Wealth?

Born on March 14, 1992, in Detroit, Michigan, Kash Doll grew up in a big family with her six siblings. As a teen, she went to Henry Ford School before transferring to Detroit City High School; due to misconduct, however, she was ultimately expelled prior to graduation. In order to support herself, she worked various jobs from babysitting to working in Best Buy. At one point, she also performed as an exotic dancer, a gig that sometimes earned her $26,000 night.

In the end, it wasn’t until 2014 that she started to make herself known as a rapper. As it had happened, she had gained fame after remixing one of Tinashe’s tracks that year. From there, she had the opportunity to collaborate with several artists such as Ca$h Out, Icewear Vezzo and Lil Stl, before signing to BMB Records.

Just a year later, she dropped her first mixtape, Keisha vs. Kash Doll. Featuring guest appearances from London Jae, B.o.B., and Chella H, among a few others, it gave rise to over a dozen new songs including Pay Me, Run Me My Money (Remix), All I Want Is, Out of Love, and So Crazy.

From there, she released her debut EP, Trapped in the Dollhouse in 2016. A follow up to her mixtape, it came with 18 tracks, some of which included Get Money, Kash Doll Speaks, 2 On, Anybody, and Work. Similar to her earlier effort, it also included guest vocals from artists such as Lil Stl, B. Simone, and Brielle Lesley.

Fast forward a couple of years and she has added two additional projects to her catalog—Kashin Out (The Clean Hits), and Brat Mall, the latter of which came out in March 2018. Some of the tracks that it gave rise to include Rich Talk, Fastest Route, Thank You Bratz (Outro), and Serious.

In addition to her solo records, which have obviously pulled in some amount of earnings, Kash Doll has also done a number of collaborations over the past few years. For instance, she has worked with Jefe, Plies, Damar Jackson, Philthy Rich, and Big Quis, among several other rappers. Speaking of which, she had just recently landed a feature in Zeus Irons’ new track, So I earlier this year.

While there were rumors that she was dating Meek Mill, the rapper has since denied such claims. As far as we know, she is currently single.

Does Kash Doll Have Any Children?

No, as far as we know, Kash Doll does not have any children.

Did Kash Doll Go to College?

No, Kash Doll did not go to college. In fact, she was expelled from high school due to bad behavior.

What is Kash Doll Famous For?

Kash Doll rose to fame with the release of her debut mixtape Keisha vs. Kash Doll in 2015. Since then, she has dropped numerous hits including For Everybody, Run Me My Money and I’m Kash Doll.

According to her Twitter bio, Kash Doll currently lives in Detroit. We do not have any additional details at this time.

What Kind of Car Does Kash Doll Drive?

How Much Money Did Kash Doll Make Last Year?

We do not have any information on Kash Doll’s 2017 earnings at this time.

As mentioned earlier, the Detroit rapper recently dropped Brat Mail, a new EP on March 13, 2018. Later this month, she will also be releasing a new mixtape titled The Vault.

Want to know what the rap artist is up to? If so, why not check out Kash Doll’s social media accounts? You can find her on Twitter and Instagram at @Kashdoll. On Facebook, you can also show your support by liking her official fan page.