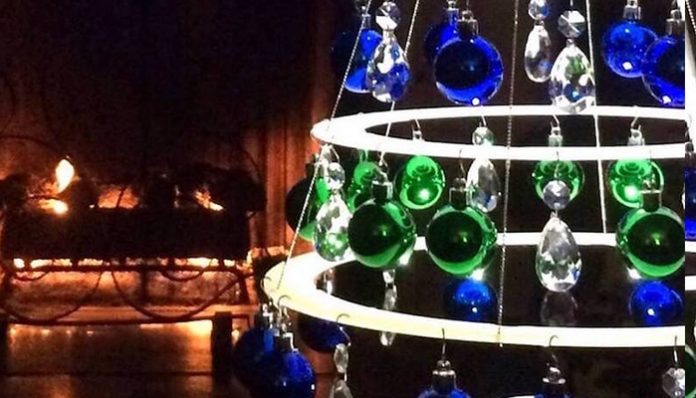 A motivational speaker, Turia Pitt was competing in an ultramarathon when she found herself trapped in a grass fire in 2011. Flown out of the desert barely alive, she had suffered burns to 64% of her body and many fingers had to be amputated. After countless nights at the hospital, she finally began her recovery process.

Since then, several years have passed. How is she doing nowadays? What kind of treatments did she receive at the hospital? Has she fully recovered from the incident? What is she up to lately? Has she made any public appearances? These are some of the things that we’ll be taking a look at below.

Last summer, it was announced that she and her fiancé, Michael Hoskin were expecting their first child. Their son, Hakavai Hoskin was later born on December 7, 2017. Considering the new addition to the family, it’s probably fair to say that she’s been kept busy with motherhood over the past several months.

Having said that, it was recently announced that she would be speaking at an Illawarra Women in Business networking lunch later this fall. Her first public event since the birth of her son, it will be her third time speaking at IWIB. Previously, the last time that she’d spoken in front of an audience was at the City Beach Function Centre in July 2017, when she talked about how excited she was to be a mother.

For those who’d like to book Pitt for a motivational program, you can do so via her website here. Occasionally, she also partners up with businesses around the world—for instance, some of the brands that she’s worked with previously include Disney, Hawaiian Airlines, Super Nature Foods and Lorna Jane, to name a few.

In terms of her injuries, Pitt has mostly recovered. With that said, she did recently undergo nose reconstruction surgery, as the fire had rendered it relatively disfigured. Sharing the news on social media, she revealed that doctors had reconstructed her nose, using cartilage from her ear. As far as why she chose to undergo more surgery, she stated that she believes “life is all about continual improvement.” Following the nose reconstruction surgery, she is able to breathe properly through her nostrils for the first time in five years.

Last year, the inspirational woman also published her second book, Unmasked in which she describes her life after the incident. Originally released as an e-book in April 2017, a paperback version was later made available in 2018. Previously, she had published her first paperback, Everything to Live For: The Inspiration of Turia Pitt in 2013. An inspiring read, the general consensus from readers have been tremendously positive.

For those who’d like to read more from Pitt, you’ll be happy to know that she also runs a blog on her official website, which she updates on a regular basis. You can visit it here.

In 2011, Turia Pitt’s life was flipped upside down when she became trapped in a blazing fire while participating in an ultramarathon in her native Australia. Trapped amidst the blaze, she was eventually helicoptered out of the remote desert to the nearest hospital, where she was told she suffered burns to 65 % of her body. As a result of her injuries, she underwent numerous surgeries, during which she also had many fingers amputated.

Following the incident, an inquiry was made into RacingThePlanet, the ultra marathon’s organizers. Following the Supreme Court action, it was reported that the case was resolved with an out-of-court settlement in 2014.

Since her recovery, Pitt has involved herself mainly with humanitarian work. Not only has she given numerous motivational speeches to audiences, but she has mentored over 6,000 people through her online programs, according to her official website. An Interplast ambassador, she has also hosted numerous events, through which she has helped to raise nearly $1 million in donations and $3 million in awareness.

For her motivational work, she has received numerous awards including the Young Australian of the Year award and the New South Wales Premier’s Award for Woman of the Year. At one point, she was even featured on the cover of The Australian Women’s Weekly Magazine in 2016.

In addition to giving speeches, she has also authored two books since the incident. Her first memoir, Everything to Live For: The Inspirational Story of Turia Pitt was released in 2013. Since then, she has co-written a second book titled, Unmasked, which came out last year. For those who are interested, both paperbacks can be purchased on Amazon.

As far as her personal life goes, she and her fiancé Michael Hoskin announced last year that they were expecting their first child. Their son, Hakavai Hoskin was later born on December 7, 2017. Since then, Pitt has understandably been busy with motherhood. As mentioned earlier, however, she will be back to giving motivational speeches later this fall.