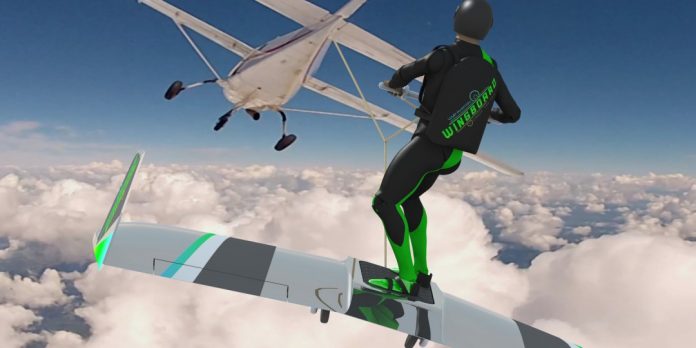 When most of us think about a new sport or game being created, we often think of a new basketball or football ruleset, or maybe a combination of a sport on the ground with a sport in the water. For Aaron Wypyszynski however, this simply wasn’t enough. Instead, he created a new sport of Sky Wakeboarding, taking his childhood dreams of flight (as well as the daredevils who try it) to new heights. After his 2017 appearance on Shark Tank to try and get funding for his company to expand, many people began wondering how he even got started, and more importantly, how Wyp Aviation is doing now in 2018. Here, we’ll see the origins of Wyp Aviation, a recap of Wypyszyski’s appearance on Shark Tank, and whether Wyp Aviation has been a success or failure after Shark Tank.

Before we can get to Wyp Aviation itself, we should probably talk about the founder, Aaron Wypyszynski. Aaron, since he was 13 years old, has been talking about as much flight time as anyone who isn’t a military or commercial pilot can manage. This love for flying as one could imagine did push him into trying to become a pilot for the Air Force, though he soon discovered that he was far too tall to become one. Instead, Aaron would go on to get a Master’s Degree in Aeronautical Engineering at Purdue. After graduation, he would become a flight test engineer, helping modify and test out prototype aircraft to make sure they could stay in the air safely. It was from his experience in this career and his love of all things flight that Wyp Aviation was born.

Similar to the projects he worked on as a Flight Test Engineer, Wyp Aviation was built on the idea of pushing the envelope of what was possible for air flight, especially when it came to recreational enjoyment. 2013 would end up being the first real look the world would have with the Wingboard project, showing off successful model tests using 40% scaled versions of the product. After these small, albeit very impressive initial tests, the company began advertising for consumer and investor interest and by the end of the following year had achieved a full model flight success and regularly allowed flight testers to give the wing board a try in wind tunnels, providing a low risk but very fun environment to try the new product. While developing the wing board, they also used a business model which helped other engineering startups by providing access to 3D printers and their comprehensive machine shop, which kept doors open and development flowing.

Just as Phase 3 (human, outdoor) testing had begun showing positive results, Wyp Aviation auditioned to be on Shark Tank. Let’s take a look back at what happened.

Starting out the episode, it’s shown that aside from the usual suspects of Daymond, Mark, Lori, and Robert, Richard Branson of the Virgin Airlines empire has also stopped by to see what potential business ventures he could get into. As Wypyzynski walks in, it’s announced that he is aiming to create a brand new sport that could prove revolutionary. Immediately, Aaron aims to gain $500,000 for a 20% stake in his company. He claims that his new wing board should be considered a revolutionary item akin to the glider as it allows people to take to the skies in new ways. The assembled investors all when being shown the demo footage of the device express amazement, though Lori gives off an obvious message of “there is no way I’m going on that”. Aaron shows off the maneuverability in the test footage while stating that this would be a brand new way to “surf the cloud” and appeal to an untapped market. Lori is the first to ask a question on whether the wing board would be used in a strictly retail environment (such as the many indoor skydiving parks that now dot the nation) or to be used outdoors alongside skydivers and the like. Aaron replies that both are perfectly feasible, with extreme sports fans ready to roll outdoors, but there being a preference to run indoor exhibitions currently, as outdoor shows tend to get media attention too high for current capacities. 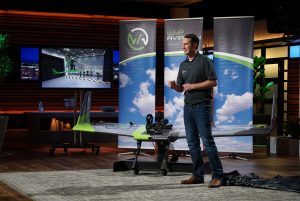 There seems to be an immediate poking for vulnerabilities, as one of the sharks suggests that the media attention may not be wasted due to potential fatalities, while another presses Aaron to answer who is flying the board, which he admits is an articulated robot on a 40% model. But, Aaron includes, he does have some footage of a real person on a real model of the board in a wind tunnel, which gets the sharks excited again. One states that it sort of looks like the device that the Green Goblin uses in the Spider-Man movies and shows, while another comments that in the tunnel it doesn’t look particularly fun. Richard Branson then asks how Aaron got the idea to work on this project. Aaron claims the idea came from the show Tailspin’s intro, where a character jumps out and effectively does the same thing as what Aaron shows is possible with the Wyp Aviation Wingboard. Branson, who seems most keen on the idea, then asks to hop onto the board himself, and really seems to like the idea. Lori immediately falls out, saying she finds it too risky. Aaron then pushes the idea that every 2-minute flight can make about $85, but makes the sharks recoil by the fact that each location costs between $4 million and $5 million, which is slightly less than an indoor skydiving place. The other sharks quickly follow suit, even Richard Branson who finds it great, but not enough of a showing to find the inspiration to hand over half a million. The major deterrent seemed to be that there was no real benefit unless you are behind a plane, which in and of itself would be incredibly risky.

Sadly for Wyp Aviation, there was a failure to get the revenue they needed from the sharks. But does that mean the company itself will fail? Let’s take a look at what Wyp Aviation has been up to after Shark Tank.

Wyp Aviation Now in 2018 – The After Shark Tank Update 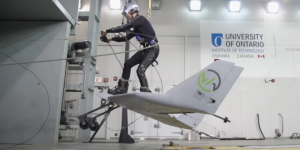 Despite having a great concept and potentially being the source of a lot of fun, you could say that Wyp Aviation’s trajectory has been mostly downward. Browsing through the social media profiles of the company, it’s clear that their Shark Tank appearance was more or less the high point of the company, with their Facebook account’s last posts being the night of the premiere of the episode, and their Twitter being inactive since June 6, 2017. Neither have what one could consider a substantial following and are generally vague about updates. The official website of Wyp Aviation is likewise vague, where each link to get involved is a form to get a newsletter from the company.

While it would be unwise to say the company has failed this early on, it should be noted that they have also yet to acquire their first indoor facility, primarily due to a lack of investor or financing interest. This could be due to a keynote made in the show, which may be true today. During the show, Aaron mentioned he did not want direct media buzz about a product that could not be immediately deliverable to customers which, in a way, makes sense. However, working with key partnerships like Red Bull, Virgin, or other such companies may have been a better first step than seeking initial funding without it. While it would be a problem in that the public may be too interested too soon, that interest could, in fact, be leveraged to render investor interest and cause a facility to be built sooner. Many would consider this to be a fast-flash, slow-burn approach, with media appearances and exhibition being required regularly required to keep interest so that opening day would not be one of disappointment.

As of today, no one can be too sure about the future of Wyp Aviation. While earning the attention of the public multiple times, most notably on Shark Tank, that attention did not turn into capital, even with a failed Kickstarter that made less than a quarter of its goal in 2014. Whether Wyp Aviation will crash and burn or straighten up and fly right is anyone’s guess, but be sure to check back in with the Gazette Review to see any updates on this company or any of your other favorite Shark Tank contestants!