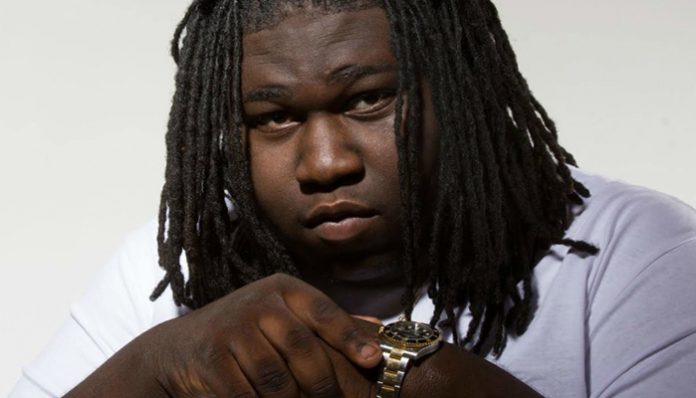 A well-known rapper, Young Chop initially rose to fame for his contributions to Chief Keef’s hit songs Love Sosa, and I Don’t Like. From there, he dropped his debut album Precious, after establishing his own record label in 2013. Some of the other titles that he’s released over the years include King Chop, Finally Rich Too, and Fat Gang Or No Gang.

In addition to his solo endeavors, he has worked with a number of other artists as a record producer. For instance, he has collaborated with Soulja Boy, Fredo Santana, Gucci Mane, Lil Reese, and King Louie, to name a few.

How many records has he sold throughout his career? How lucrative is his hip-hop career? Is he involved with any other projects? How rich is he today? Answering that question, it’s said that Young Chop has amassed a net worth of $2 million as of 2018. Let’s take a closer look at his accomplishments below.

How did Young Chop Make His Money & Wealth?

Born on November 14, 1993, in Chicago, Illinois, Young Chop grew up on the South Side, where he started to write his own beats at the age of eleven. As one thing led to the next, he met Chief Keef through Facebook, a rapper who went on to produce many of his early tracks. In his late teens, he gained recognition within the hip-hop community for producing his songs Love Sosa and I Don’t Like, both of which were big hits.

In 2013, he released his debut album titled, Precious. An eleven-track project, it featured guest appearances grin Juicy J, Lil Durk, King Real, Freddie Gibbs, and Loui Bags, among a few others. Some of the tracks that it gave rise to include Mary Jane, Ballin, All We See Is Green, Whole Thing and Nba Kuwait.

A year later, he dropped his second album, Still. Produced by the rapper himself, it spawned ten titles including Some of Mine, Tre 073, All I Got, Bang Like Chop, and Finer Things. Like his previous endeavor, it also featured vocals from guest artists such as Ty Dolla Sign, Lil Durk, Chief Keef, and Lil Reese.

Since then, Young Chop has released a handful of other albums including Fat Gang Or No Gang, King Chop, Finally Rich Too and Coppotelli. Most recently, he dropped King Chop 2 earlier this year. Made available online, the playlist has since racked up hundreds of thousands of play on Soundcloud.

Considering his line of work, it’s obvious that he would have earned some amount of earnings from the above records. On top of that, it’s likely that he’s also racked in some from putting on shows and concerns (though he doesn’t have any scheduled at this time).

In addition to his solo projects, the rapper has also collaborated with a number of artists as a record producer. For instance, he has helped produce tracks for King Louie, Lil Reese, Gucci Mane, Ace Hood, Soulja Boy, and Kid Ink, among many others.

No, as far as we know, Young Chop is currently single.

Does Young Chop Have Any Children?

No, as far as we know, Young Chop does not have any children.

Did Young Chop Go to College?

Unfortunately, not much is known about Young Chop’s education background at this time. As far as we can tell, he has not gone to college.

What is Young Chop Famous For?

Young Chop initially rose to fame for his contributions to Chief Keef’s tracks I Don’t Like and Love Sosa in 2012. Since then, he has dropped several albums, the latest of which came out earlier this year.

According to his official Twitter bio, Young Chop currently lives in Chicago, Illinois. We do not have any additional details at this time.

What Kind of Car Does Young Chop Drive?

How Much Money Did Young Chop Make Last Year?

Unfortunately, we do not have any details on Young Chop’s 2017 earnings at this time.

As mentioned earlier, Young Chop most recently dropped his latest album King Chop 2 on January 12, 2018. Shared on SoundCloud, the playlist has already racked up hundreds of thousands of streams as of July 2018.

Wondering what the rapper’s up to? If you’re a fan, why not follow him on social media? You can find Young Chop on Twitter and Instagram at @YoungChopBeatz. On Facebook, you can also show your support by liking his official fan page here. For his music, you can head on over to his Soundcloud account.