Abby Lee Miller is most famous for her role on the Lifetime hit series Dance Moms. She was a part of the hit reality show series for seven seasons but had been a dance instructor for many years before the show began. Despite ongoing controversies, legal trouble, and health problems, Abby Lee has managed to amass a nice stack of cash.

How Did Abby Lee Miller make their money & wealth

Abby Lee was born in Pittsburgh, Pennsylvania on September 21, 1965. She grew up in the suburbs with her parents. Her mother was a dance instructor at the Maryen Lorrain Dance Studio, which Abby Lee would eventually take over. That was in Penns Hills, Pennsylvania. When she turned 20 she was certified by Dance Masters of America.

She joined the Pennsylvania chapter, but that distinction ended up being taken away in 2012 because the board felt that her work on the Lifetime series Dance Moms was detrimental to their image. She did not let that get her down. She continued to appear on the show until February 2017. She took a break from the series as she dealt with her legal issues and cancer treatments. She decided to return to the series for their eighth season. 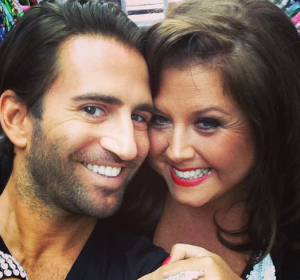 The dance instructor is most likely single. In the fall of 2013, she was struggling with her mother’s cancer diagnosis. This was also around the time that she was said to be dating actor Michael Padula. The relationship continued, and in January 2014 Abby Lee posted about their engagement on social media. She even went as far as to do an interview with Wendy Williams confirming the relationship. It turns out it was all for show. Abby wanted her dying mother to have the comfort of knowing that her daughter was going to be taken care of after she passed. She fessed up to the ruse and admitted that the relationship was fake. It turns out that Michael isn’t even attracted to women – he’s gay.

2018 has not been a great year for Abby Lee. In the summer of 2017, she was sent to prison for bankruptcy fraud – she stashed away $775,000 of her Dance Mom earnings in a secret account. She was released to do more rehabilitation in a halfway house, and she was there until May. Unfortunately, Abby Lee could not enjoy her freedom too much – she was diagnosed with cancer in April. She began her 5th round of chemotherapy in July, according to an article in US Weekly. It is not known what her salary is during this difficult time.

How much money do they make per dance class?

Abby Lee charges $30 a 45-minute class, as well as a $35 registration fee. She also has a complete jazz dancing class that is available to be streamed online for $49.95. According to her website, the famous dance instructor will be touring around America in the fall of 2018. It looks like tickets are not yet available as of this writing – when you click on Reserve Now, it redirects to a blank page. 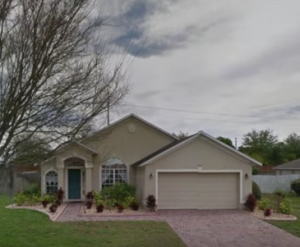 The dance instructor has a house in Polk County, Florida. According to a member of the Homeowners Association Board in her community, she left her pool unattended for so long that it was attracting mosquitos, rats, and angry neighbors. 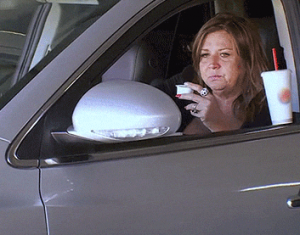 Abby Lee Miller owned silver SUV crossover. It’s not known if she still has access to this car since she’s been released from prison.

Abby Lee attended a Charity Gala on March 24, 2017. It was the third annual Whispers from Children’s Hearts Foundation event in Santa Monica California at Casa Del Mar. Whispers from Children’s Hearts Foundation provides support to kids all over the world who are in need of help. On their website, they focus on the community but do not get into specifics about which children they help.

Abby Lee also got some charitable help herself. She was diagnosed with non-Hodgkin’s lymphoma, and one of her former dance students decided to present her with a $10,000 check from the charity Dancers Against Cancer. Abby Lee was given the check by 15-year-old JoJo Siwa. The teenager visited her in the hospital. She also brought some comforting snacks in addition to the check.

In her life, Abby Lee has achieved many things despite her brush with controversy. She opened up a Dance Studio when she was just a teenager, and to date has taught over 4000 students. She was on the hit series Dance Moms for seven seasons on the popular channel Lifetime.