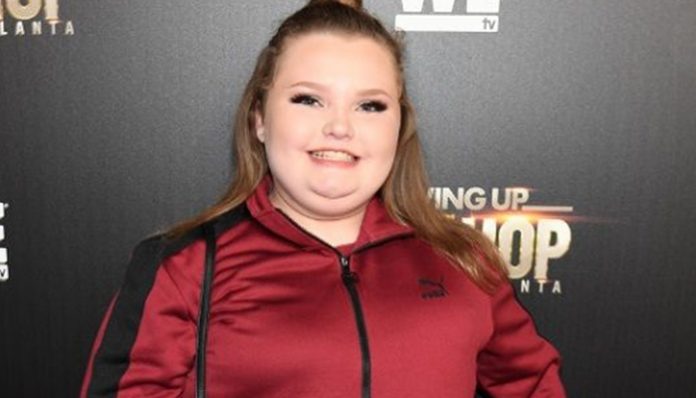 A reality star, Alana Thompson aka “Honey Boo Boo” rose to fame after her family was featured in the TLC series, Here Comes Honey Boo Boo. Premiered in 2012, the pilot episode had attracted more than 2.2 million viewers in the U.S. Prior to that, she had also appeared in the series, Toddlers and Tiaras.

Over the years, she has made several other appearances in shows such as Who Wants to be a Millionaire, The Doctors, Steve Harvey, and Good Morning America. Most recently, she appeared in the series Mama June: From Not to Hot, which premiered on television in 2017.

How rich is the 12-year-old? Was she paid a considerable amount for her appearances on Here Comes Honey Boo Boo? What about the other TV shows that she’s appeared in? According to various sources, Alana Thompson’s current net worth stands at around $800,000. Let’s take this opportunity to have a closer look at her television career below.

How did Alana Thompson Make Her Money & Wealth?

Born on August 28, 2005, in Mcintyre, Georgia, Alana Thompson is the daughter of June Shannon and Mike Thompson. From her mother’s previous relationships, she has three sisters named Jessica, Lauryn, and Anna. Initially, she rose to fame as a child beauty pageant contestant on TLC’s reality series, Toddlers and Tiaras in 2012. From there, it wasn’t long before her family was given their own show on the network.

Debuted on August 8, 2012, Here Comes Honey Boo Boo revolved around her family’s lives in the town of McIntyre, Georgia. Aside from Alana, the show also starred her mother June Shannon aka “Mama June”, her father Mike Thompson “Sugar Bear”, and her three sisters Anna, Jessica, and Lauryn. One of TLC’shighest-rateds shows in its first season, the premiere episode had attracted 2.2 million viewers.

Despite negative reviews from critics, many of whom had concerns about potential child exploitation, the show continued for four seasons, the last of which was aired in 2017, after being left unaired for a few years. In regards to the show’s cancellation, the network had made the announcement after it was reported that “Mama June” had gotten into a relationship with a registered sex offender, Mark Anthony McDaniel Sr.

Regardless, it’s no secret that the family had received a significant amount from starring on the show. According to reports, Alana herself made upwards of $20,000 per episode. Seeing as how the series ran for a few years, it’s easy to see where most of her current wealth comes from. Due to her age, however, it’s said that her mother had saved the money for her in a trust fund.

Aside from Here Comes Honey Boo Boo and Toddlers and Tiaras, she has been featured in several other TV titles such as The Doctors, Live! with Kelly, Good Morning America, Who Wants to be a Millionaire, and The Talk. Since last year, she has also been making appearances in mother’s new reality show, Mama June: From Not to Hot.

Is Alana Thompson in a Relationship?

No, Alana Thompson is not in a relationship, which isn’t surprising considering the fact that she is still twelve years old.

Does Alana Thompson Have Any Children?

No, Alana Thompson is too young to have children.

Which School Does Alana Thompson Go To?

Alana Thompson currently attends school in the Metro Atlanta region. We do not have any additional details at this time.

What is Alana Thompson Famous For?

Alana Thompson initially rose to fame as a child beauty pageant contestant on Toddlers and Tiaras. From there, she and her family landed their own reality series on TLC titled, Here Comes Honey Boo Boo.

Alana Thompson currently lives with her family in McIntyre, Georgia. Pictures of their home are not available at this time.

What Kind of Car Does Alana Thompson Drive?

Alana Thompson is currently too young to drive.

How Much Money Did Alana Thompson Make Last Year?

Unfortunately, we do not have any information on Alana Thompson’s 2017 earnings at this time.

Since the end of Here Comes Honey Boo Boo, she has appeared a few times on the shows The Doctors, Inside Edition and Entertainment Tonight. Most recently, she has been appearing in her mother’s new reality program, Mama June: From Not to Hot, which premiered in 2017.

What’s the reality star up to? If you’re a fan, you can show your support by liking and following her official Facebook fan page here. Unfortunately, it doesn’t look like Alana Thompson is active on Twitter and Instagram at this time.