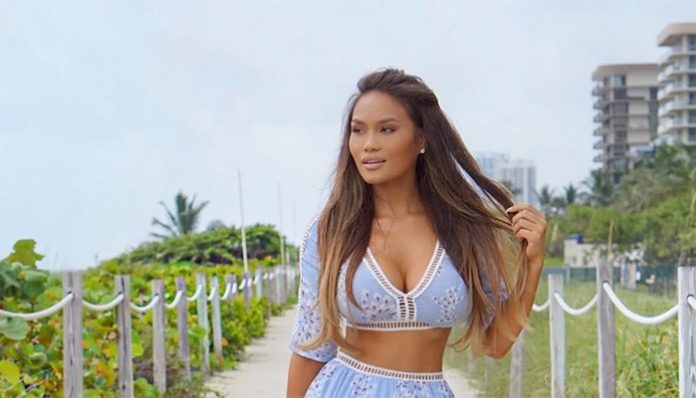 A Filipino actress, Daphne Joy gained popularity as the girlfriend of rapper 50 Cent in 2011. After a year of dating, she gave birth to a son named Sire Jackson, who has since gained his own following on Instagram. Known for her high profile relationships, she later dated singer Jason Derulo from 2015 to 2016.

As far as acting goes, she has worked on a handful of movies including Frankenhood, Venice Heat, and Pirates of the Caribbean: On Stranger Tides, the last of which saw her as a mermaid. From there, she played a small role in the indie film, Setup.

How did Daphne Joy Make Her Money & Wealth?

Born on February 8, 1987, in the Philippines, Daphne Joy grew up in Olongapo, where he participated in a number of theatre plays and dance groups. At the age of seventeen, while she was still in high school, she launched her career as a fashion model. Before long, she had graced the covers of numerous men’s magazines including Smooth Magazine, SHOW Magazine, and BlackMen Magazine, among others. Later in 2007, she made an appearance on MTV’s reality series Wild ’N Out, which gained her significant fame.

Two years later, she made her big screen debut in the film Frankenhood. A comedy horror, it starred Charlie Murphy, Jasper Redd, and DeRay Davis, while Joy played the role of a supporting character named Vanessa. Later that same year, she made an appearance in Akon’s Beautiful MV, which has since been viewed 197 million times. As far as her other acting gigs go, she has worked on a few other titles since including Venice Heat, Pirates of the Caribbean: On Stranger Tides and Setup. Unfortunately, it’s not known how much she’s paid as an actress at this time.

In the early 2010’s, her popularity only increased further after it was announced that she was dating rapper 50 Cent in 2011. A year into their relationship, she gave birth to a son named Sire Jackson. Despite that, however, the pair later split up in 2012. Currently five years old, he has his own Instagram page, which has gained more than 48,000 followers to date.

Fast forward a few years, and she began to date singer-songwriter Jason Derulo. Her second high-profile relationship, it once again led her into the public eye. In the end, however, they only stayed together for a year, before breaking up in 2016.

In addition to acting, she’s also a well-known model. For instance, she had taken part in the Celebrity Catwalk in the past, which helps to raise awareness for abused dogs and cats. In 2015, she even launched her own swimwear line. For those who are interested, you can check it out here.

No, as far as we know, she is currently single. In the past, she had dated both Jason Derulo and 50 Cent.

Does Daphne Joy Have Any Children?

Yes, she has a son with 50 Cent named Sire Jackson, who was born in 2012. Later this fall, they will be celebrating his sixth birthday.

Did Daphne Joy Go to College?

Unfortunately, not much is known about Daphne Joy’s education history. As far as we know, the model has not attended college.

What is Daphne Joy Famous For?

Daphne Joy gained widespread attention after it was announced that she was dating 50 Cent in 2011. From there, she also gained fame for having dated Jason Derulo.

Unfortunately, we do not have any information on Daphne Joy’s location at this time.

What Kind of Car Does Daphne Joy Drive?

How Much Money Did Daphne Joy Make Last Year?

Unfortunately, we do not have any information on Daphne Joy’s 2017 earnings at this time.

Earlier this year, the Filipino model was spotted showing off her incredible figure at a beach in Miami, Florida. In terms of acting, she hasn’t appeared in any films since 2011.

Want to keep up with the model? If so, you’ll want to give her a follow on social media―you can find Daphne Joy on Twitter and Instagram at @DaphneJoy. On Facebook, she also has an official fan page, which you can check out here.