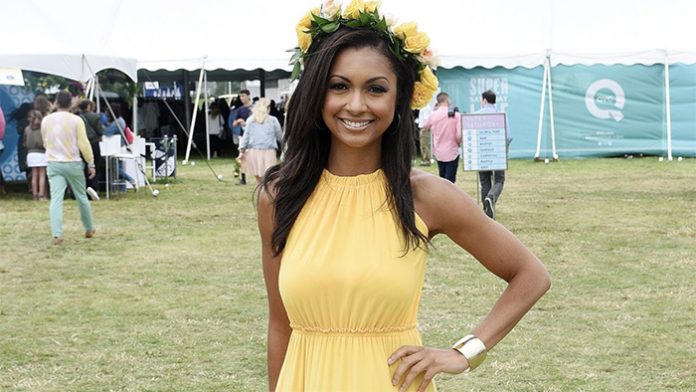 A television host, Eboni Williams is perhaps best known for co-hosting Fox News Specialists alongside Katherine Timpf and Eric Bolling. Premiered in 2017, it ran for nearly 100 episodes before coming to an end last fall. Some of the other shows that she’s worked on since then include Fox and Friends, Skip and Shannon: Undisputed, First Things First and America’s News Headquarters.

While acting isn’t her main focus, she has played a few roles in the titles 1000 Ways to Die, Against the Grain and Crossing Thresholds. In the past, she had also appeared in a drama short called, Mean Mr. Greene.

How wealthy is the TV host? How well-paid is she in the industry? How much has she earned over the years? According to various sources, Eboni Williams’ 2018 net worth is approximately $200,000. Where does the majority of her income come from? How many streams of revenue does she have? Let’s have a look.

How did Eboni Williams Make Her Money & Wealth?

Born on September 9, 1983, in Charlotte, North Carolina, Eboni Williams was raised by a self-employed single mother. Upon graduating high school she went on to major in African-American studies and Communications. From there, she studied law at the Loyola University New Orleans College of Law. During that period, she had worked at the Louisiana Attorney General’s office.

In the end, she worked at a private practice for several years before getting involved with television in the early 2010’s. With her legal expertise, she was eventually invited to contribute to several programs including The O’Reilly Factor, Media Buzz and Lou Hobbs Tonight. At one point, she even co-hosted a popular talk show on New York City’s WABC Radio. Unfortunately, it’s not known how much she was paid for these gigs at this time.

As one thing led to the next, she secured a spot on Fox News’ new talk show, Fox News Specialists. Premiered on May 1, 2017, it also featured Katherine Timpf and Eric Bolling as permanent hosts, in addition to two rotating guests, who come in to discuss various political issues and current events. Following Bolling’s departure from the network, owing to allegations of sexual misconduct, the show was cancelled by the network in September 2017. Despite its short run, it remains to be one of William’s most prominent television credits to date.

Since then, she has hosted a few other shows including Fox and Friends, First Things First and Skip and Shannon: Undisputed. Earlier this year, she also made a couple of guest appearances on American’s News Headquarters.

In addition to her work as a TV Host, she has also acted on a few occasions. In 2009, she made her acting debut in a short film called, Mean Mr. Greene. From then until now, she has played a few roles in 1000 Ways to Die, Against the Grain and Crossing Thresholds, the last of which was released in 2017.

No, Eboni Williams is not married. As far as we know, she is currently single.

Does Eboni Williams Have Any Children?

No, Eboni Williams does not have any children that we know of.

Did Eboni Williams Go to College?

What is Eboni Williams Famous For?

Eboni Williams is perhaps best known for hosting the news program, Fox News Specialists which aired on television in 2017.

According to Eboni Williams’ Twitter account, she currently lives in New York. We do not have any additional details at this time.

What Kind of Car Does Eboni Williams Drive?

Details on Eboni Williams’ vehicle is not available at this time.

How Much Money Did Eboni Williams Make Last Year?

Unfortunately, we do not have any information on Eboni Williams 2017 earnings at this time.

Last year, she hosted The Fox News Specialists with Katherine Timpf and Eric Bolling. Not only that, but she had also co-hosted a talk show on WABC radio with Curtis Silwa.

Want to know what the TV host is up to? If so, why not give her a follow online? You can find Eboni Williams on a few social media platforms including Twitter and Instagram at @EboniKWilliams. On Facebook, she also has a fan page, which you can check out here.