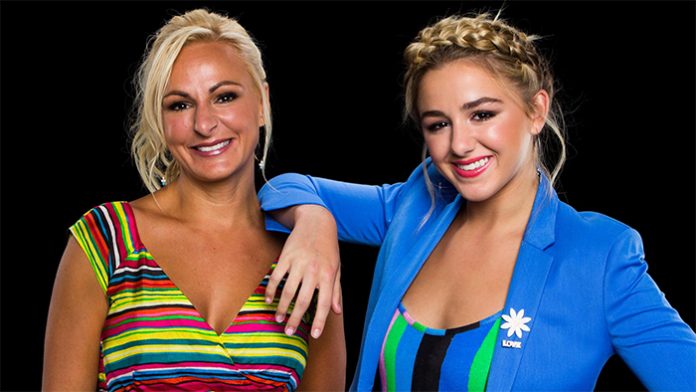 A reality star, Christi Lukasiak is best known for her appearances in Lifetime’s Dance Moms. One of the original cast members, she and her daughter Chloe were both introduced in the first season. Noted for her outspoken personality, she (and Chloe) ultimately stayed for three years, before leaving at the end of season four. From there, they took a short break before returning in 2017.

Aside from Dance Moms, she has been featured in several other shows such as Anderson Live, Chelsea Lately, Chloe Does It and Celebrity Page. At one point, she even took part in the Nickelodeon Kids’ Choice Awards ceremony in 2015.

How wealthy is the television personality? How much does she make on Dance Moms? What is her day job? According to various sites, Christi Lukasiak’s 2018 net worth stands at approximately $800,000. Where did she earn the majority of this from? Let’s have a more detailed look at her career below.

How did Christi Luaksiak Make Her Money & Wealth?

Born on March 3, 1977, in Pennsylvania, Christi Lukasiak had a difficult childhood. Growing up, she had a poor relationship with her mother (who had given birth to her at a young age), which led her to live at her grandparents’ house. As a teen, she went to a local high school, where she was the captain of the cheerleading squad. Due to the fact that her parents were not supportive, however, she often had to sneak out of the house to attend meets.

On the Christmas Eve of 1998, she got engaged to the love of her life, Mark Lukasiak. A few years later, she gave birth to their first child, Chloe. From there, the couple welcomed a second daughter named Clara in 2009.

Just a couple of years later, she and her daughter Chloe joined the cast of Lifetime’s reality series, Dance Moms. A contemporary/ballet dancer, the latter has been dancing at the Abby Lee Dance Company since she was two years old. In addition to her, the show revolved around several other aspiring dancers including Brooke Hyland, Vivi-Anne, Asia Monet Ray and JoJo Siwa, to name a few.

Premiered on July 13, 2011, the show revolved around their early dance training under he tutelage of Abby Lee Miller. As implied by its name, it also centers around the interactions of the instructor with their mothers. In fact, Christi was known as one of the most outspoken personalities in the series.

In the end, she and her daughter remained on the show until 2014, after which the latter chose to quit the Abby Lee Dance Company. With that said, they eventually came back as guest stars for the season seven finale. Eventually, Chloe also joined a new team called “The Irreplaceables”, which consists of a number of former ALCD members.

How much was Christi Lukasiak paid for her appearances on Dance Moms? Unfortunately, her salary has not been disclosed to the public. Considering the fact that she and her daughter had starred on the show for a good few years, however, it’s likely that they’ve earned a decent amount from the franchise.

Yes, Christi Lukasiak has been married to her husband Marc for over two decades.

Does Christi Lukasiaka Have Any Children?

Yes, she has two daughters with her husband—Clara and Chloe.

Does Christi Lukasiak Go to College?

Unfortunately, not much is known about Christi Lukasiak’s education background at this time.

What is Christi Lukasiak Famous For?

Christi Lukasiak rose to fame after being cast (alongside her daughter) in Lifetime’s reality program, Dance Moms. One of the original cast members, she ultimately stayed until the end of season four.

Christi Lukasiak and her family live in Pennsylvania. We do not have any additional details at this time.

What Kind of Car Does Christi Lukasiak Drive?

Details on Christi Lukasiak’s vehicle is not available at this time.

How Much Money Did Christi Lukasiak Make Last Year?

Unfortunately, we do not have any information on Christi Lukasiak’s 2017 earnings at this time.

Most recently, she and her daughter returned for the seventh season which wrapped up last fall. In terms of other television appearances, she had also appeared in Chloe Does It and Celebrity Page.

Wondering what the dance mom is up to? If you’re a fan, why not follow her on social media? You can find Christi Lukasiak on Twitter and Instagram at @ChristiLukasiak. On Facebook, she also has an official fan page which you can check out by clicking here.