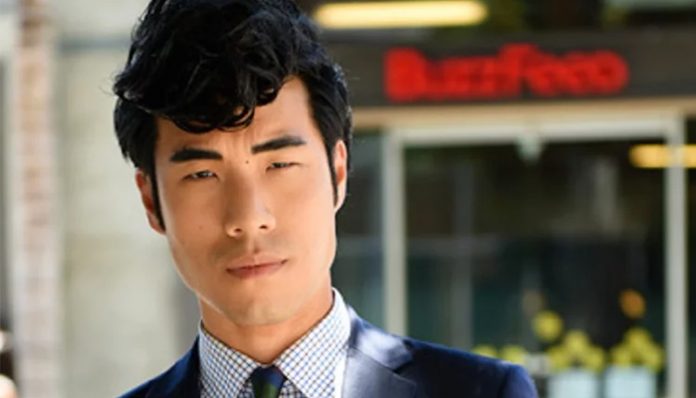 A YouTube star, Eugene Lee Yang rose to fame for his work on the BuzzFeed series, The Try Guys. Known for his quirky content, he is easily one of the most popular Asian American celebs on the net. Some of his most popular videos include If Disney Princes Were Real and Women’s Ideal Body Types Throughout History.

Though he’s no longer with BuzzFeed, his popularity remains at an all-time high. For instance, on Instagram alone, he has earned more than 1.3 million followers. Similarly, he has over 687,000 fans on his Facebook fan page.

How wealthy is the YouTube personality? How much did he make from BuzzFeed? What is he involved with now that he has left the entertainment platform? According to various sources, Eugene Lee Yang has amassed a net worth of $700,000. Where did he earn the majority of this money from? Let’s have a closer look at some of this below.

How did Eugene Lee Yang Make His Money & Wealth?

Born on January 18, 1986, in Pflugerville, Texas, Eugene Lee Yang grew up with his two sisters, Christie and Whitney. As a child, he had always gravitated towards the arts such as dance, theatre, and choir. Though he initially didn’t plan on pursuing film, he decided to do so after receiving encouragement from his school teacher. After graduating high school, he attended the University of Southern California; he later graduated with a production degree in 2008. For the next five years, he worked as a freelancer, making music videos and commercials.

Referred by one of his colleagues, he eventually joined BuzzFeed Video in 2013. From there, it wasn’t long before he joined the comedy series, The Try Guys. Formed in 2014, the group consisted of three other individuals―Ned Fulmer, Zach Kornfeld, and Keith Habersberger. While they all starred in the videos, Yang was the one who was responsible for the writing, producing, directing, and filming.

Incredibly popular, many of their videos eventually went viral on social media, with millions of views. For those who are interested, some of their most popular uploads include The Try Guys Wear Heels for a Night, The Try Guys Try Drag for the First Time, The Try Guys Try Not to Die Alone, and The Try Guys Try Labor Pain Simulation, the last of which has racked up more than 26 million views.

For their work, they have owned several awards including a Streamy Award, and more recently, a Web Award. Earlier this year, they even launched their own production company called 2nd Try LLC, under which they gain all rights to The Try Guys brand. Nonetheless, they remain connected to Buzzfeed. As popular as they are, however, it has not been disclosed how much Yang makes from their endeavors.

Aside from his work with The Try Guys, he has been featured in several other programs such as Te Zoo, Young Hollywood, YouTubers React, and Game Bang. Last year, he even hosted a show called Squad Wars.

In terms of upcoming projects, it looks like he will be making his film debut in the drama romance, Spring Blossom, which is slated for a 2019 release.

Unfortunately, not much is known about Eugene Lee Yang’s dating life at this time.

Does Eugene Lee Yang Have Any Children?

No, Eugene Lee Yang does not have any children that we know of.

Yes, he did. After high school, he went to the University of Southern California, where he studied film production; he later graduated with his bachelor’s of arts degree in 2008.

What is Eugene Lee Yang Famous For?

Eugene Lee Yang rose to fame as a member of BuzzFeed Video’s The Try Guys. Since then, he has amassed a significant following on social media.

Like most content creators, Eugene Lee Yang currently lives in Los Angeles. We do not have any details of his abode at this time.

What Kind of Car Does Eugene Lee Yang Drive?

Information on Eugene Lee Yang’s vehicle is not available.

How Much Money Did Eugene Lee Yang Make Last Year?

Unfortunately, we do not have any information on Eugene Lee Yang’s 2017 earnings at this time.

According to IMDb, he will be appearing in a film called Spring Bloom next year.

Want to know what Eugene is up to? If so, why not follow him on social media? You can find him on Twitter and Instagram at @EugeneLeeYang. On Facebook, you can also check out his official fan page for the latest news and updates.