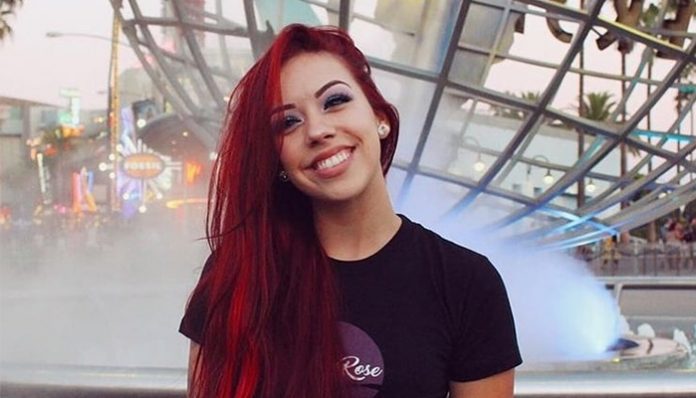 A social media star, Salice Rose is perhaps best known on the photo-sharing app, Instagram. Since she first joined the community in the summer of 2013, she has earned more than 9 million followers, making her one of the most popular twenty-somethings on the platform. Today, most of her posts receive hundreds of thousands of likes, if not more, on a regular basis.

Aside from Instagram, she’s well known on several other sites―one of which includes YouTube. Known for her vlogs, her self-titled channel has gained more than 1.6 million subscribers to date. Similarly, she has 2.1 million fans on musical.ly and more than 789,000 followers on Facebook.

How wealthy is the internet celebrity? How lucrative is her social media career? How much has she earned from her online endeavors? According to various sites, Salice Rose has amassed a net worth of $5 million as of 2018. Where did she earn the majority of this from? Let’s have a look.

How did Salice Rose Make Her Money & Wealth?

Born on November 20, 1994, in California, Salice Rose grew up with her two brothers and sister. Of Peruvian descent, she is fluent in both Spanish and English. Unfortunately, not much is known about her childhood at this time. Like most internet celebrities, she had jumped on the social media bandwagon in her teen years.

In 2013, she posted her first photo to Instagram. As she continued to do so over the next several months, her following steadily grew. Before long, she had amassed well over one million followers. Though she has continued to upload pictures, most of the views go towards her video clips. In fact, they draw in millions of views on a regular basis today.

Given the following that she has, it’s likely that she has been able to monetize her Instagram account through sponsorships and endorsements. With that said, it’s unknown how much exactly she’s earned from the app at this time.

Aside from Instagram, she’s also well-known on YouTube, where she has over 1.6 million subscribers. Since the launch of her self-titled channel in 2014, she has received more than 48.3 million combined views. Mostly known for her vlogs, she also posts other content such as challenge videos from time to time. As of 2018, some of her most popular uploads include How I Did My Makeup In High School (3.4 million views), My Coming Out Story (2.7 million views), and How I Make My Eyelashes so Long (2.5 million views).

Considering everything, it’s likely that she also makes a decent amount from her channel. Assuming that her videos are monetized, she would receive anywhere from $2 to $5, if not more, for every 1,000 views. Seeing as how she has over 48.3 million combined views, chances are, she has raked in at least $30,000 from ad revenue. Given that she continues to grow her channel, it’d only make sense for this number to go up.

As far as other endeavors go, she’s also known for attending public events. In fact, she had recently just traveled to Los Angeles, Houston, and Brooklyn, for a few shows.

No, Salice Rose it not married. Openly gay, she had come out in a YouTube video last year.

Does Salice Rose Have Any Children?

No, Salice Rose does not have any children that we know of.

Does Salice Rose Go to College?

Unfortunately, not much is known about Salice Rose’s education background at this time.

What is Salice Rose Famous For?

Salice Rose is perhaps best known for her Instagram account, which has gained more than 9 million followers over the past several years. Aside from that, she’s also popular on YouTube, where she has over one million subscribers.

Unfortunately, we do not have any details on Salice Rose’s location at this time.

What Kind of Car Does Salice Rose Drive?

Information on Salice Rose’s vehicle is not available.

How Much Money Did Salice Rose Make Last Year?

Unfortunately, we do not have any information on Salice Rose’s 2017 earnings at this time.

Earlier this May, she embarked on a meet and greet tour across the United States. Some of the places that she visited include Dallas, Houston, San Francisco, Miami, Brooklyn, and Los Angeles, among a couple of others.

Want to keep up with the Instagram star? If so, be sure to give her a follow―you can find her on the photo-sharing app at @salicerose. Alternatively, you can also follow her on Twitter at @Salice_roseee. For the latest news and announcements, don’t forget to also like her official Facebook fan page here.