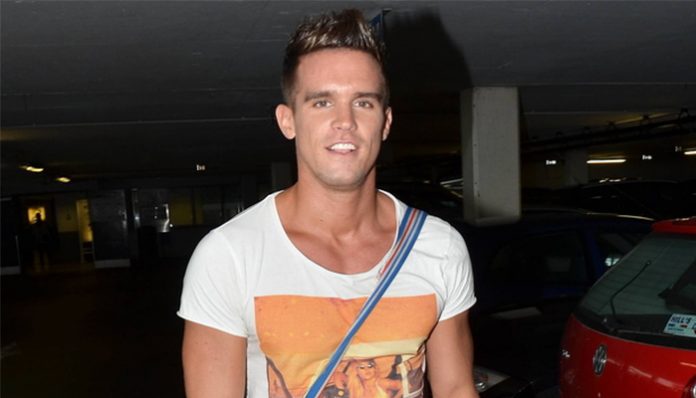 A television personality, Gaz Beadle is best known for his appearances on MTV’s popular reality program Geordie Shore. One of the main cast members, he ultimately remained on the show for several years from 2011 to 2017. Since then, he has appeared in several other programs such as Spring Break with Grandad, Ex on the Beach, and Hell’s Kitchen Australia.

Since his rise to fame on reality TV, he has gained a significant following on social media. Not only does he have over 2.4 million followers on Twitter, but he also has more than 3.5 million fans on Instagram. In fact, he even launched his own YouTube channel in 2015!

How much did he make from the popular reality program? How lucrative has his television career been? Is he involved with any other ventures? How wealthy is the TV star? According to various sources, Gaz Beadle’s current net worth stands at $1.7 million. Where did the bulk of this come from? Let’s find out.

How did Gaz Beadle Make His Money & Wealth?

Born on March 22, 1988, in Hexham, England, Gaz Beadle is the son of Shirley and Kevin Beadle. The younger of two children, he has an older sister named Claire. Growing up as a toddler, he often had to visit the hospital due to chronic asthma. When he was three years old, his parents split, which led him and his sister to live with his mother.

An avid soccer player, he was the captain of the school’s football team as a teen. After completing his GCSE, he joined the Marines briefly, before returning home. Ultimately it was then that he was offered a part on MTV’s reality program, Geordie Shore.

Premiered on May 24, 2011, the series followed the lives of a group of housemates, who live together for a number of weeks. Introduced in the first season, Gaz shared his screen time with several others including Vicky Pattison, Holly Hagan, Greg Lake, and Charlotte-Letitia Crosby, to name a few.

An instant hit, it wasn’t long before he became an audience favorite on the show. In fact, he was so popular that he was eventually invited back for the next several seasons. Today, he is the only original cast member to be on the series. In terms of salary, it’s revealed that he makes anywhere £40,000 to £45,000 ($52,000 to $59,000) per month from the franchise.

Since then, he has appeared in several other TV programs including Britain’s Got More Talent, Safeword, Celebrity Juice, Celebrity Wedding Planner, and Ex on the Beach. Most recently, he also starred in Hell’s Kitchen Australia in 2017. Unfortunately, it’s unknown whether or not he was paid for these appearances, and if so, how much.

Aside from his work on television, he has been involved with a number of other ventures. Not only does he have his own nightclub in Greece, but he also released an autobiography in 2014. In 2012, he even launched his own menswear boutique called Project 722 (due to tax debts, however, the Newcastle store has since closed down).

While he isn’t married, he has been dating Emma McVey, who made a brief cameo in The Only Way is Essex back in 2015.

Does Gaz Beadle Have Any Children?

Does Gaz Beadle Go to College?

No, as far as we can tell, Gaz Beadle has not gone to college.

What is Gaz Beadle Famous For?

Gas Beadle rose to fame in the popular reality series Geordie Shore, which premiered in 2011. Since then, he has starred in a few other programs such as Ex on the Beach and Spring Break with Grandad.

According to his official Twitter bio, Gaz Beadle currently lives in Newcastle, England. We do not have any other details of his abode at this time.

What Kind of Car Does Gaz Beadle Drive?

Information on Gaz Beadle’s vehicle is not available.

How Much Money Did Gaz Beadle Make Last Year?

As mentioned earlier, Gaz Beadle most recently starred in the latest season of Hell’s Kitchen Australia in 2017. That same year, he was also featured in the TV program, Spring Break with Grandad.

What’s the TV star up to nowadays? If you’re a fan, be sure to give him a follow on social media―you can find Gas Beadle on Twitter at @GazGShore or on Instagram at @Gazgshore. On Facebook, you can also show your support on his official fan page here.