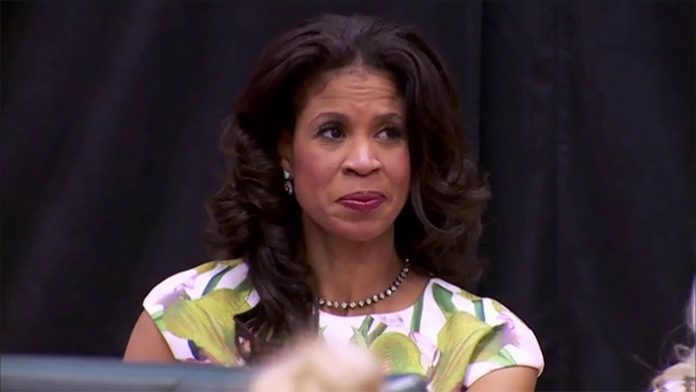 A reality star, Holly Frazier rose to fame after appearing in Lifetime’s reality program, Dance Moms. The mother of Mia Frazier, an aspiring dancer, the pair were introduced in the first season, which debuted in 2011. In the end, they trained with the Abby Lee Dance Company until season seven, during which they left to form “The Irreplaceables.”

Since her rise to stardom on television, she has appeared in several other programs including Nightline, Katie, Anderson Live and JoJo’s Juice. Over the past few years, she has also been present for the Nickelodeon Kids’ Choice Awards.

How much is she paid for her appearances in the hit reality show? What is her day job? How wealthy is she? According to various sites, Holly Frazier’s 2018 net worth hovers at $1 million. What does she owe her wealth to? How many streams of income does she have? Let’s have a look below.

How did Holly Frazier Make Her Money & Wealth?

Born on May 11, 1970, in Pennsylvania, Holly Frazier loved to read as a young child. Upon graduating high school, she went to Williams College, where she majored in American Studies and History. During that time, she also studied African Music and Dance—in fact, she had often performed with a local dance group. After completing her undergraduate degree, she received a master’s degree in Public Management in Education. From there, she earned a PhD in Education from the University of Pennsylvania.

In 2011, she joined the cast of Dance Moms alongside her daughter, Nia, a contemporary dancer and singer. Introduced in the first season, both were original cast members of the show; some of their fellow co-stars included Kelly Hyland, Christi Lukasiak, Ashley Allen, and Jessalynn Siwa, among others.

Debuted on July 13, 2011, Dance Moms revolved around the lives of several young, aspiring dancers, in addition to their mothers’ interactions with Abby Lee Miller, their dance instructor. Set in Penn Hills, Pennsylvania, the show proved to be popular, having attracted more than one million viewers in the U.S. Within a year, it had earned a Teen Choice Award for the category of Choice TV: Reality Show.

In the end, Holly and her daughter stayed with the Abby Lee Dance Company until season seven, during which they left to form a new dance group called “The Irreplaceables”. Coached by Cheryl Burke, the team also consisted of Christi/Chloe Lukasiak, Jill/Kendall Vertes, Camille/Camryn Bridges and Kira Girard and Kalani Hilliker.

How much has Holly Frazier earned from starring on the show? Unfortunately, her salary has not been disclosed to the public. Considering the fact that she’s one of the more well-known personalities, however, it’s likely that she’s received a considerable amount from the franchise.

Since her rise to fame on Dance Moms, she has been featured in a few other television programs such as Anderson Live, Katie, and Nightline. In the past, she has also participated in the Nickelodeon Kids’ Choice Awards. At one point in 2014, she also appeared in Todrick Hall’s Freaks Like Me music video.

Yes, she has been married to her husband, Evan Frazier for many years.

Does Holly Frazier Have Any Children?

Yes, a mother of three, she and her husband have two sons named Evan Jr. and William, as well as a daughter named Nia.

Does Holly Frazier Go to College?

Yes, she has. After completing her undergraduate degree, she went to Carnegie Mellon, from which she earned a master’s degree. Continuing with her studies, she later went to the University of Pennsylvania for a Doctorate in Education.

What is Holly Frazier Famous For?

Holly Frazier is best known as one of the main stars (alongside her daughter Nia) on Lifetime’s Dance Moms.

According to her official Twitter account, she is currently based in Pittsburgh, Pennsylvania. We do not have any pictures of her abode at this time.

What Kind of Car Does Holly Frazier Drive?

Details on Holly Frazier’s vehicle is not available at this time.

How Much Money Did Holly Frazier Make Last Year?

Unfortunately, we do not have any information on Holly Frazier’s 2017 earnings at this time.

Most recently, she and her daughter starred in the seventh season of Dance Moms, which ran from November 2016 to October 2017.

What’s Holly Frazier up to nowadays? If you’re a fan of the Dance Mom, be sure to follow her on social media—you can find her on Twitter and Instagram at @DanceMomHolly. On Facebook, she also has an official fan page that you can check out here.