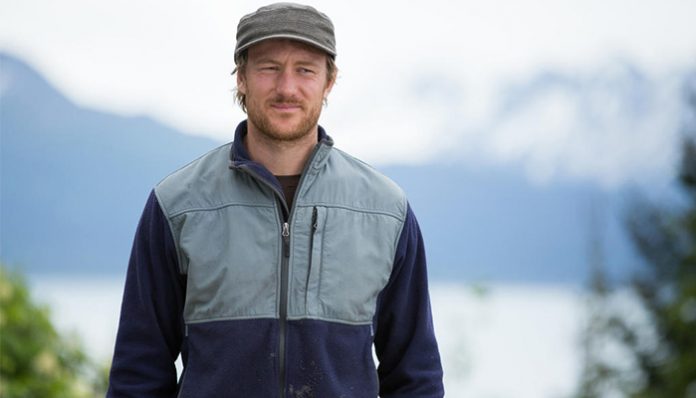 A reality star, Eivin Kilcher rose to prominence in the award-winning series Alaska: The Last Frontier. The son of Otto Kilcher, he and the rest of the family were introduced in the first season, which premiered in the U.S. in 2011. Since then, the show has continued for several years; most recently, the seventh season wrapped up in February 2018.

While he hasn’t appeared in any other TV programs, he has involved himself with a few other projects. For instance, he and his wife had released a cookbook titled, Homestead Kitchen: Stories and Recipes in 2016. A year before that, he had also landed a role in a Subaru commercial.

How wealthy is the TV personality? How much is he paid for his appearances on Alaska: The Last Frontier? What is his salary as a reality star? According to our research, Eivin Kilcher’s current net worth for 2018 stands at an estimated $2 million. How much of this came from the show? Let’s find out.

How did Eivin Kilcher Make His Money & Wealth?

Born on March 6, 1984, in Alaska, Eivin Kilcher is the oldest son of Otto Kilcher. One of four children, he and his siblings grew up in a family of hunters and farmers. During his teen years, he attended Homer High School, from which he graduated in 2001. Unfortunately, not much else is known about his early life at this time.

In 2011, he and the rest of his family landed their own reality series titled, Alaska: The Last Frontier on the Discovery Channel. Narrated by Bray Poor, the show documents their lives in Homer, Alaska, where they live a life of subsistence without modern plumbing or heating. In addition to Eivin, the program also stars his parents, siblings, and extended relatives.

His television debut, Alaska: The Last Frontier premiered in the U.S. on December 29, 2011. Well received, the show quickly proved to be popular among viewers, many of whom were drawn in by their subsistence lifestyle. In the end, the first season continued for twelve episodes; by the end of its run, the series had earned itself a considerable fan base.

Since then, Alaska: The Last Frontier has been renewed for several seasons. In fact, the seventh season had just recently wrapped up in February 2018. Seeing as how the show revolves around the Kilcher family, Eivin, has, of course, been present for all seven seasons. In fact, various aspects of his life have been the focus of many episodes.

How much has he earned from starring in Alaska: The Last Frontier? While it has not been confirmed, it’s said that his annual salary is upwards of $350,000. If anything, it’s likely that his pay has gone up since the start of the series in 2011.

As far as other endeavors go, he and his wife Eve released a cookbook titled, Homestead Kitchen: Stories and Recipes From Our Hearth to Yours in 2016. Judging by some of the reviews that it has received online, it has proved to be a big hit among home cooks.

Yes, he has been married to his wife Eve Kilcher for several years.

Does Eivin Kilcher Have Any Children?

Yes, he and his wife have two children, Findlay and Sparrow Rose, the latter of whom was born in 2015.

Does Eivin Kilcher Go to College?

No, as far as we can tell, Eivin Kilcher has not gone to college.

What is Eivin Kilcher Famous For?

Eivin Kilcher rose to fame in his family’s reality series, Alaska: The Last Frontier, which debuted on the Discovery Channel in late 2011.

Eivin Kilcher and the rest of his family live at their homestead in Alaska, a little over 10 miles from Homer. Further details are not available at this time.

What Kind of Car Does Eivin Kilcher Drive?

Details on Eivin Kilcher’s vehicle is not available at this time.

How Much Money Did Eivin Kilcher Make Last Year?

Unfortunately, we do not have any information on Eivin Kilcher’s 2017 earnings at this time.

Most recently, Eivin Kilcher starred in the seventh season of Alaska: The Last Frontier, which ran from September 2017 to February 2018. As far as we can tell, he will be returning for the eighth season, though an official release date has not yet been announced.

What’s the Alaskan native up to? If you’re a fan, be sure to follow him on social media—you can find Eivin Kilcher on Instagram at @EivinKilcher or on Twitter [email protected] For the latest news and updates, don’t forget to also follow his official Facebook fan page here.