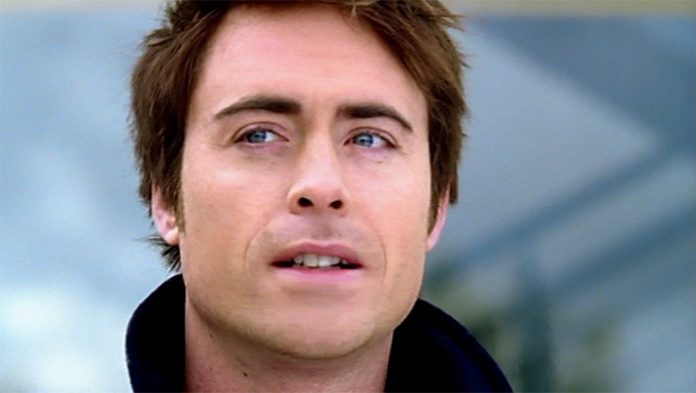 An English actor, James Murray initially gained popularity in the soap opera Coronation Street. Since then, he has starred in a number of other series including Always and Everyone, Cutting It, Chaos, and Defiance, to name a few. Later this year, he will be appearing in the drama, Gods of Medicine.

Though he mainly focuses on television, he has also worked on a handful of films such as Kevin & Perry Go Large, Phoenix Blue, Nailing Vienna, and Sons and Lovers. Most recently, he played the part of Dr Murphy in the movie My Brother the Time Traveler in 2017.

How well-paid is he as an actor? How much has he earned from the showbiz over the years? According to various sources, James Murray’s current net worth hovers at around $2 million. Where did he earn the bulk of this mone from? Let’s have a closer look at his career below.

How did James Murray Make His Money & Wealth?

Hailing from Manchester, England, James Murray made his acting debut in the soap opera, Coronation Street in 1998. Responsible for the launch of his career, it eventually led him to land a couple of roles in the TV titles Roger Roger and All the King’s Men. From there, he appeared in his first feature film, Kevin & Perry Go Large, starring Harry Enfield, Rhyns Ifans and Kathy Burke in 2000.

Over the next few years, he played various roles in the television series Clocking Off, Always and Everyone, 20 Things to Do Before You’re 30, Cutting It, and Keen Eddie. Later in 2007, he was cast as one of the main protagonists in the sci-fi drama, Primeval. Well received, it ran for five seasons on ITV, until June 2011.

Following that, his next big role came in 2011, when he was cast as Field Agent Billy Collins in the CBS comedic drama, Chaos. Due to low ratings, however, the show eventually went on hiatus, before being cancelled that summer.

From there, Murray only made a few appearances here and there in the titles New Tricks, Death in Paradise and Midsomer Murders. It wasn’t until 2014, that he came back as one of the main characters in the western drama series, Defiance. Introduced in the second season, the actor played the role of Niles Pottinger.

Since then, he has also starred in the ITV drama, HIM, which consisted of three 60-minute episode. Premiered on October 19, 2016, the main cast also included Fionn Whitehead and Katherine Kelly. That same year, he also worked on the shows Suspects and Medici: Masters of Florence. In terms of upcoming roles, he will be appearing in the drama Gods of Medicine later this year.

In addition to his work on television, Murray has worked on a handful of films over the years. Some of these include Phoenix Blue, Nailing Vienna, and It’s Alive. Most recently, he played a supporting role in the movie My Brother the Time Traveler.

Yes, he has been married to actress Sarah Parish since 2007.

Does James Murray Have Any Children?

The couple has a daughter named Nell, who was born in 2009. Tragically, their first child had died at the age of eight months due to a congenital heart defect.

Does James Murray Go to College?

Unfortunately, not much is known about James Murray’s education background at this time.

What is  James Murray Famous For?

James Murray and his family currently reside in Hampshire, England. Additional details are not available at this time.

What Kind of Car Does James Murray Drive?

Information on James Murray’s vehicle is not available.

How Much Money Did James Murray Make Last Year?

Unfortunately, we do not have any information on James Murray’s 2017 earnings at this time.

As mentioned earlier, he will be appearing in the TV series Gods of Medicine sometime later this year. In terms of other recent work, he had helped to produce a few episodes of the titles Awakened and Impractical Jokers.

What’s the actor up to? If you’re a fan, why not follow him on social media? You can find James Murray on Twitter at @Jamessmurray or on Instagram at @TheRealMurr. On Facebook, you can also show your support on his official fan page here.