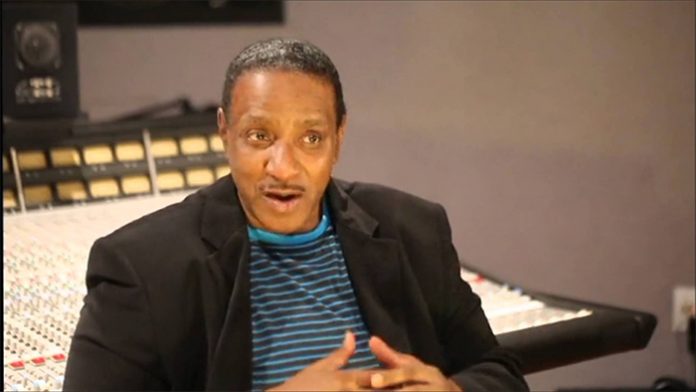 An American singer-songwriter, Maurice Starr is best known for having worked with bands such as New Kids on the Block, and New Edition. Some of the songs that he’s produced include Candy Girl, Hangin’ Tough, Step by Step, New Inside, and Body Language.

Aside from his collaborations, he has also launched a solo music career in the past. His debut album titled, Flaming Starr was released in 1980. From there, he came out with a second project, Spacey Lady in 1983. As far as we can tell, however, he hasn’t dropped any new tracks since then.

How wealthy is the musician? How lucrative is his career in the music industry? Is he involved with any other projects/endeavors? How well-off is he? According to various sources, Maurice Starr’s current net worth hovers at around $10 million. Since we’re here, let’s take a closer look at his accomplishments.

How did Maurice Starr Make His Money & Wealth?

Born on November 19, 1953, in Deland, Florida, Maurice Starr initially launched his music career as a member of The Johnson Brothers. From there, he also joined an electro group called the Jonzun Crew, which consisted of brothers Soni and Michael Jonzun. Wanting to try his hand at a solo career, he released a studio album titled, Flaming Star in 1980. An eight-track project, it gave rise to the songs Dance to the Funky Groove, Come See Me Sometime, You’re The One (What’s Your Name?) and It’s My Life, among a few others.

Not long afterwards he came out with a second album, Spacey Lady. To his dismay, however, it had received minimal success, similar to his debut effort. Wanting to try something different, he eventually created a band, that would perform his songs.

In 1982, the artist discovered New Edition on his talent show. Impressed with their work, he agreed to work on a few songs (e.g. Candy Girl, Is This the End, Popcorn Love) for their debut album. Despite the fact that it was a success, however, creative differences ultimately led the two parties to go their separate ways.

Two years later, he put together a band called New Kids on the Block, which consisted of five teens―Donnie Wahlberg, Danny Wood, Jonathan Knight, Joey McIntyre, and Jordan Knight. By the end of the 80’s, they had released three albums New Kids on the Block, Hangin’ Tough, and Merry, Merry Christmas, all of which were big hits. Before they knew it, the group had become the fastest-rising act in the U.S. In addition to writing their music, Starr also handled the marketing of their merchandise (e.g. posters, t-shirts, etc.).

Since then, the record producer has collaborated with many other artists including Classic Example, Perfect Gentlemen, Tommy Page, Anna, and the Superiors. With that said, none have managed to attain the massive popularity of New Kids on the Block.

As far as other ventures go, Starr has also appeared in a handful of TV specials in the past including Behind the Music, New Kids on the Block: A Behind the Music Special Event, and The Truth About Boybands. Prior to his music career, he even acted in a film called American Hot Wax!

Unfortunately, not much is known about Maurice Starr’s dating life. As far as we can tell, however, he is not married.

Does Maurice Starr Have Any Children?

No, Maurice Starr does not have any children.

Does Maurice Starr Go to College?

Unfortunately, information on Maurice Starr’s education background is not available at this time.

What is Maurice Starr Famous For?

Maurice Starr is perhaps best known for his work with the bands New Kids on the Block and New Edition in the 1980’s. Since then, he has worked with several other artists including Ana, Classic Example, and Tommy Page.

As far as we can tell, the record producer currently resides in Florida. Unfortunately, that’s the extent of what we know at this time.

What Kind of Car Does Maurice Starr Drive?

Information on Maurice Starr’s vehicle is not available.

How Much Money Did Maurice Starr Make Last Year?

Unfortunately, we do not have any information on Maurice Starr’ 2017 earnings at this time.

Want to know what the songwriter is up to? If so, you’ll probably want to follow his official Facebook fan page here. Though he also has a Twitter account (@NewKriation), it doesn’t appear to be active at this time.