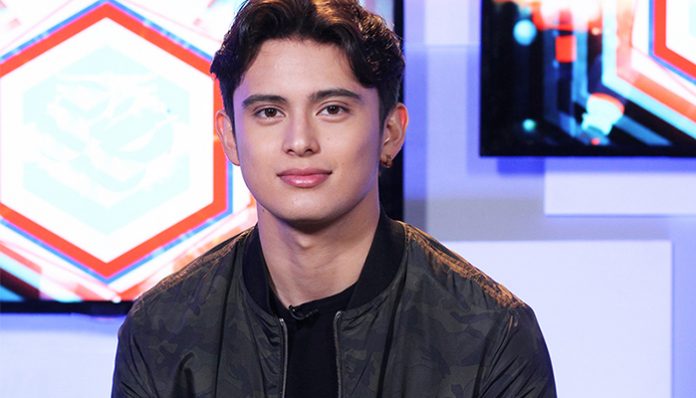 A reality star, James Reid rose to fame after winning the series Pinoy Big Brother Teen Clash in 2010. Since then, he has released several singles including Till I Met You, Deeper Journey, Palm Dreams, and Cool Down, to name a few. Most recently, he came out with Right There in June 2018.

In terms of multi-track projects, he has dropped a few albums including On the Wings of Love, Reid Alert, The Turning Tide, all of which are well received by fans. Aside from his solo efforts, he has also collaborated with other artists such as Nadine Lustre, Lemi, Bret Jackson, and Mark Bautista.

How wealthy is the twenty-something singer? How lucrative is his music career? What other projects is he involved in? According to various sites, James Reid’s current net worth stands at around $2 million. Where did he earn the majority of this from? Let’s take a closer look at some of his accomplishments below.

How did James Reid Make His Money & Wealth?

Born on May 11, 1993, in St. Leonards, Australia, James Reid is the son of Maria Mariquinez and Robert Malcom Reid. One of seven children, he grew up in the Philippines, where he was raised by his father. At the age of seventeen, he rose to fame as a contestant on Pinoy Big Brother Teen Clash, a spin-off of the popular reality series, Pinoy Big Brother.

The Philippine version of Big Brother, the show premiered on April 10, 2010. The eighth season of the franchise, it featured a number of housemates from various countries including Ann Li, Carson Vince, Ivan Dorschner, Jack Yoon, and Jenny Kim, among many others. After many weeks of challenges, Reid emerged as the winner on June 26, 2018. As the grand champion, he received several prizes including ~$19,000 in cash, an apartment unit worth ~$56,500, an Asian trip for two, a 46″ LCD TV, and a water-refilling franchise worth $28,000.

Since his rise to fame, he has starred in several Philippines films including Talk Back and You’re Dead, This Time, Never Not Love You, and Para sa Hopeless Romantic. On the small screen, he has also played lead roles in the series On the Wings of Love, Good Vibes, and Till I Met You.

Outside of television, he has also pursued music.  As of 2018, he has released three studio albums including James Reid, Reid Alert, and Palm Dreams. Some of his most popular singles to date include Turning Up, Cool Down, The Life, On Top, and Down Low. Most recently he came out with a single titled, Right There, which has since been played over 160,000 times online.

Like most recording artists, he has also done a number of collaborations. For instance, he has worked with Mark Bautista, Bret Jackson, Lemi, Bill Perconti, and Jordan Harrington. In 2016, he even teamed up with Nadine Lustre on an album titled, On the Wings of Love. As popular as his music is, however, it’s unknown how much he’s pulled in from his records at this time.

No, as far as we know, James Reid is not married. With that said, he has been with Nadine Lustre since 2016.a

Does James Reid Have Any Children?

No, James Reid does not have any children that we know of.

Does James Reid Go to College?

Unfortunately, not much is known about James Reid’s education background at this time.

What is James Reid Famous For?

James Reid rose to fame after winning the reality series, Pinoy Big Brother Teen Clash in 2010. Aside from his involvement with the show, he’s also well-known as an established singer.

James Reid currently lives in Manila, Philippines, according to his official Twitter account. We do not have any additional details at this time. As far as we know, however, he currently resides with his father.

What Kind of Car Does James Reid Drive?

Information on Eugene Lee Yang’s vehicle is not available.

How Much Money Did James Reid Make Last Year?

Unfortunately, we do not have any information on James Reid’s 2017 earnings at this time.

As mentioned earlier, he recently dropped a new single titled, Right There, which has since gained more than 160,000 streams on YouTube.

Want to know what the singer is up to nowadays? If you’re a fan, be sure to follow him on social media―you can find him on Twitter at @TellemJaye or on Instagram at @James. Alternatively, you can show your support by liking his official Facebook fan page here.