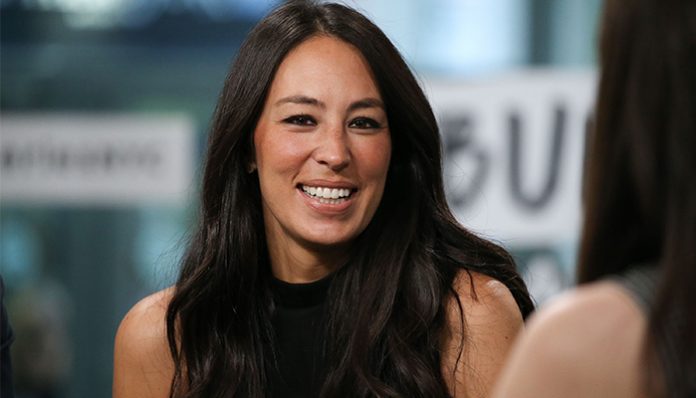 A reality star, Joanna Gaines is perhaps best known for her appearances on the HGTV program, Fixer Upper. Premiered in 2013, the series ran for five seasons, the last of which wrapped up this spring. Since then, she and her husband (with whom she owns a design and remodeling business) have been featured in a spin-off titled Fixer Upper: Behind the Design.

Aside from that, she has appeared in several other shows such as Celebrity Page, Entertainment Tonight, Harry, The Insider, and The Chew. Since 2015, she has also been making occasional appearances on the talk show, Today.

How wealthy is the television personality? How much did she make from the Fixer Upper franchise? According to various sources, Joanna Gaines’ 2018 net worth hovers at around $5 million. How did this fortune of hers come to be? Where did she earn the majority of this money from? Let’s have a look.

How did Joanna Gaines Make Her Money & Wealth?

Born on April 19, 1978, in Kansas, Joanna Gaines spent the majority of her childhood in Texas. After graduating high school, she went to Baylor University, where she studied communications. Upon receiving her bachelor’s degree, she landed an intern position in New York. In 2003, she married Chip Gaines, with whom she opened up a boutique later that same year.

In the end, it wasn’t until the 2010’s that she ventured into reality television. More specifically, she and her husband were given their own reality series, Fixer Upper on HGTV in 2013. Produced by High Noon Entertainment, it followed the two as they worked with various clients on buying and remodeling homes in Waco, Texas.

Well received, the show was eventually renewed for a second season after its initial run. Before she knew it, Gaines had become somewhat of a TV star, with a significant fan base. In the end, Fixer Upper ran for five seasons, the last of which wrapped up on April 3, 2018. Considering the show’s popularity, it’s not surprising to know they’ve earned a decent amount from it over the years. According to reports, the couple each made $30,000 per episode, which easily translates to ~$450,000 per season.

Just a week later, however, she and her husband began to star in a spin-off series titled, Fixer Upper: Behind the Design. As its name implies, the show offered viewers an inside look on how she’d come up with the designs on Fixer Upper. Premiered on April 10, 2018, it ran for fifteen episodes, before finishing on July 21, 2018. Unfortunately, it’s unknown whether or not they’d received the same salary for the sequel.

In terms of other television appearances, Gaines has been featured in several additional titles over the years including The Chew, The Insider, Extra, Celebrity Page, and HGTV Insider. For the past few years, she has also been making guest appearances on the news talk show, Today. As far as we know, however, she is currently not starring in any TV programs.

Yes, she has been married to her husband Chip Gaines since 2003. Together, they starred on HGTV’s reality series, Fixer Upper from 2013 to 2018.

Does Joanna Gaines Have Any Children?

Yes, she and her husband have five children named Emmie, Duke, Ella, Drake, and Crew, the youngest of whom was born in 2018.

Does Joanna Gaines Go to College?

Yes, she did. Sometime after high school, she went to Baylor University, from which she received a bachelor’s degree in communications. From there, she worked as a design intern in New York.

What is Joanna Gaines Famous For?

According to her official Twitter bio, she and her family currently live in Waco, Texas. We do not have any additional details at this time.

What Kind of Car Does Joanna Gaines Drive?

Details on Joanna Gaines’ vehicle is not available at this time.

How Much Money Did Joanna Gaines Make Last Year?

Unfortunately, we do not have any information on Joanna Gaines’ 2017 earnings at this time.

Most recently, she and her husband starred in HGTV’s Fixer Upper: Behind the Design, which ran from April to July 2018. Since then, it would appear that she’s been kept busy with her baby boy, Crew.

What’s the TV star up to? If you’re a fan, why not follow her on social media? You can find Joanna Gaines on Instagram and Twitter at @JoannaGaines. On Facebook, you can also show your support on her official fan page.