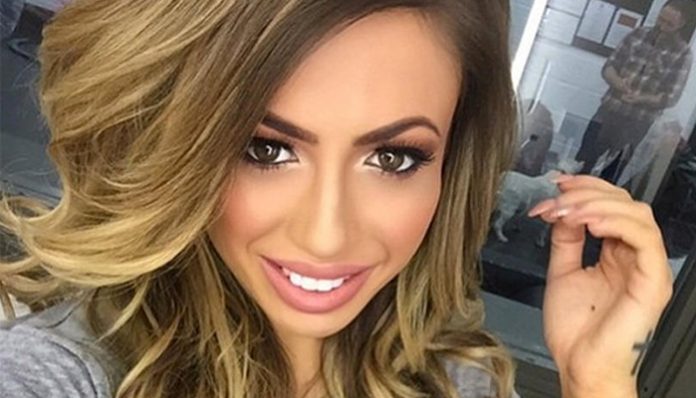 Hailing from England, Holly Hagan is best known for her appearances on MTV’s Geordie Shore reality program. Introduced in the first season, she is currently the longest-serving cast member on the show, having appeared in the most episodes to date.

Since her rise to fame on television, she has been featured in a few other titles including Backchat, Big Brother’s Big on the Side, Just Tattoo of Us, and more recently, Five Star Hotel. In terms of other endeavors, she has also pursued modeling and singing in the previous years.

How much is she paid as one of the best-known cast members on Geordie Shore? How much has she earned from the franchise so far? How wealthy is she? According to various sites, Holly Hagan’s 2018 net worth stands at around $500,000. Where did she earn the majority of this sum from? Since we’re here, let’s take a closer look at her career below.

How did Holly Hagan Make Her Money & Wealth?

Born on July 7, 1992, in North Yorkshire, England, Holly Hagan spent the first few years of her childhood in a housing estate in Middlesbrough. Following a burglary incident, however, the family moved to Thornaby-on-Tees when she was four years old. Prior to finding fame on reality television, she worked for HM Revenue and Customs.

In 2011, she made her TV debut in the MTV reality series, Geordie Shore. Based in Newcastle upon Tyne, England, the program followed the daily lives of a group of housemates, as they live together for several weeks. One of the original cast members, Hagan co-starred alongside Sophie Kasaei, James Tindale, Gaz Beadle, and Jay Gardner, among a few others.

Responsible for her rise to fame, the show proved to be a hit among viewers, which led it to be regularly renewed by the network. In the end, Hagan starred in thirteen seasons before leaving in 2015. From there, she took a prolonged break, prior to coming back for the seventeenth season in 2018. Despite this, she remains to be the longest-serving cast member on the show, having appeared in the most episodes altogether. Though it’s unconfirmed, it’s said that she made upwards of $16,000 per month on the show.

Aside from Geordie Shore, which would have earned her a considerable amount, she has appeared in several other TV programs including Backchat, Big Brother’s Bit on the Side, Just Tattoo of Us, and Drunk History: UK. Earlier this year, she was also featured in an episode of Five Star Hotel.

In addition to her TV career, she is involved with a few other endeavors, one of which includes modeling. Over the years, Hagan has been featured in several men’s magazines including Nuts, Loaded and FHM. At one point, she even posed naked for a photoshoot in 2012. Briefly, in the past, she has also pursued music with a couple of singles—VIP, Who Cares and Milkshake. Generally speaking, however, she is best known for her work on television.

While she isn’t married, she has been in a relationship with footballer Jacob Blyth since 2017.

Does Holly Hagan Have Any Children?

No, Holly Hagan does not have any children that we know of.

Does Holly Hagan Go to College?

As far as we can tell, Holly Hagan has not attended college.

What is Holly Hagan Famous For?

Holly Hagan rose to fame after joining the main cast of MTV’s Geordie Shore in 2011. Since then, she has become the longest-serving cast member on the show.

Holly Hagan currently resides in Stockton-On-Tees, England. We do not have any additional details at this time.

What Kind of Car Does Holly Hagan Drive?

Details on Holly Hagan’s vehicle is not available at this time.

How Much Money Did Holly Hagan Make Last Year?

Unfortunately, we do not have any information on Holly Hagan’s 2017 earnings at this time.

Most recently, she starred in the seventeenth season of Geordie Shore, which wrapped up in July 2018, after a 12-episode run. According to reports, she will be coming back for series 18 later this year.

In terms of other TV appearances, she was featured in an episode of Five Star Hotel earlier this year as well.

What’s the reality star up to? If you’re a fan, why not give her a follow on social media? You can find her on Twitter and Instagram at @HollyGShore. On Facebook, you can also show your support by liking her official fan page, which you can check out here.