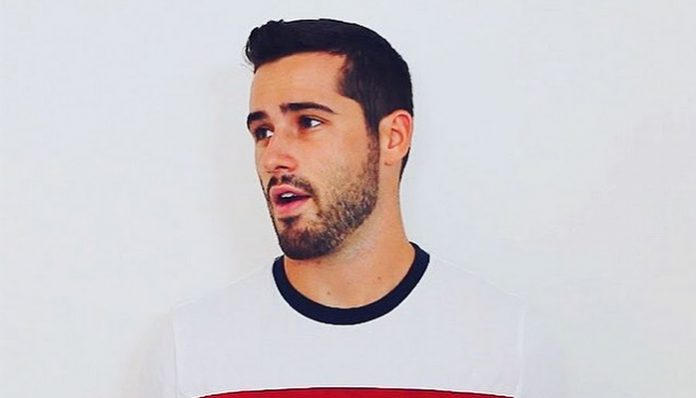 An Internet celebrity, Joe Santagato has a significant following on his YouTube channel, Joe Santagato. Launched in 2014, he has since gained more than 2.4 million subscribers (and counting) to date. One of his most popular series includes Idiots of the Internet, which draws in millions of hits on a regular basis.

In the past, he was also a part of the collaborative channel, Settle Down Kids (2013 to 2015). During that period, he worked with several other social media stars including Jonah Green, Ryan Abe, Joey Gatto, Jonah Green, Josh Solo, and a couple of others.

How wealthy is the content creator? How lucrative is his online career? How much has he managed to rake in from his YouTube channel so far? According to various sites, Joe Santagato has amassed a net worth of $300,000 as of 2018. Did the majority come from his videos? What other projects is the twenty-something involved with? Let’s find out.

How did Joe Santagato Make His Wealthy and Money?

Born on February 25, 1992, in Queens, New York, Joe Santagato grew up with his three older siblings Keith, Shannon, and Thomas. As a student, he went to St. Francis Preparatory School, where he was a member of the high school football team. Suggested by one of his friends, he eventually began to post videos to YouTube in 2010. Prior to pursuing it full-time, he worked as an editor and producer for Elite Daily, an online news platform.

Four years after the launch of his original channel “SantagatoTV”, he moved to his current channel, “Joe Santagato” in 2014. In the years since he has gained an incredible amount of subscribers—more than 2.4 million to be exact. To add to that, his videos have also received more than 381 million views combined as of 2018, which is quite a feat in itself.

Considering the audience that he has, it’s likely that a significant amount of his income comes from the site. How much? Assuming that he makes at least $2 per 1,000 views (monetized), he would have easily already earned over a hundred thousand dollars in ad revenue.

In addition to his main channel, he also has a second account called Extra Joe, which is dedicated to his vlogs. Though not as popular as the former per se, it has earned more than 513,000 subscribers since its launch in 2011. Assuming that it is also monetized through Google Ads, it would yield him another stream of income on the side.

In addition to his social media career, Santagato has also been involved with several projects. For instance, he established a new telecommunications company called Wing with a couple of his former co-workers in 2017. In the past, he has also collaborated with Hasbro to recreate the game, Speak Out, which requires players to recite phrases with a dental retractor in their mouths.

While he isn’t married, he has been dating Samantha Rickey, a former Instagram model, since 2015.

Does Joe Santagato Have Any Children?

No, Joe Santagato does not have any kids that we know of.

Does Joe Santagato Go to College?

As far as we know, Joe Santagato started working out of high school and has not attended college.

What is Joe Santagato Famous For?

A YouTube star, Joe Santagato is noted for his vlogs and sketches, which have gained him more than 2.4 million subscribers as of 2018.

According to what it says on his Twitter account, Joe Santagato currently lives in New York City. Unfortunately, additional details are not available at this time.

What Kind of Vehicle Does Joe Santagato Drive?

Details on Joe Santagato’s vehicle is not available at this time.

How Much Money Did Joe Santagato Make Last Year?

Unfortunately, we do not have any information on Joe Santagato’s 2017 earnings at this time.

What does he busy himself with when he isn’t making videos for his channel? Find out by giving Joe Santagato a follow on social media—you can find Joe Santagato on Twitter and Instagram at @JoeSantagato. While you’re at it, don’t forget to also drop by his official website for the latest updates and announcements.