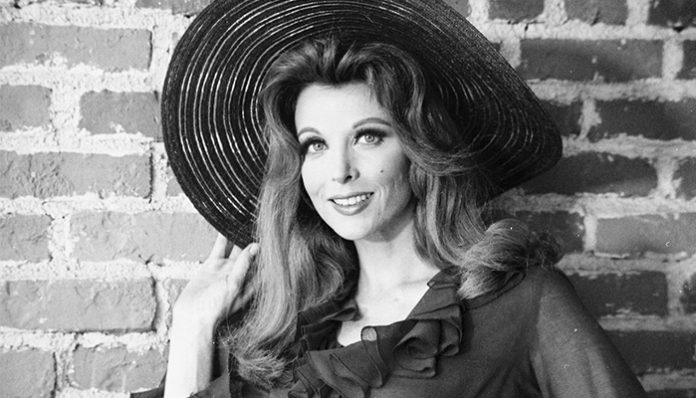 An award-winning actress, Tina Louise is perhaps best known for her starring role in the CBS sitcom, Gilligan’s Island. Since then, she has appeared in numerous other series including Dallas, Rituals, Santa Barbara, and All My Children, to name a few.

Aside from television, he has also worked on many films throughout her career. In fact, her first movie, God’s Little Acre had earned her a Golden Globe Award in 1958. Some of the other Hollywood titles that she’s starred in include Day of the Outlaw, The Hangman, For Those Who Think Young, The Happy Ending, and The Trap.

How wealthy is the TV/movie star? How well-paid is she as an actress? How much did she receive for her appearances on Gilligan’s Island? According to various sites, Tina Louise’s current net worth is around $6 million. Where did she earn the better part of this from? Let’s have a  better look at her career below.

How did Tina Louise Make Her Money & Wealth?

Born on February 11, 1934, in New York City, New York, Tina Louise began her acting career at the age of two, appearing in an ad for her father’s candy store. From there, she continued to play various roles, before deciding to focus on school. By the time she was seventeen, however, she had started to study acting, dancing, and singing at Manhattan’s prestigious Neighbourhood Playhouse. Prior to appearing on television, she worked a number of modeling jobs and had appeared in magazines such as Modern Man, Sir!, and Adam.

A couple of years after making her TV debut, she landed a role in the 1958 film, God’s Little Acre. Well received, it had earned her a Golden Globe Award for New Star of the Year, which effectively launched her acting career. By the end of the decade, she had appeared in several other titles including The Hangman, The Trap, Day of the Outlaw, and Climax.

Eventually, she received a big break after being cast as Ginger Grant in the CBS’ sitcom, Gilligan’s Island. Premiered in 1964, the show received solid ratings during its original run. Aside from Louise, it also starred actors Bob Denver, Jim Backus, Alan Hale Jr., Russell Johnson, and Dawn Wells. As successful as it was, however, it’s not known how much Louise had earned from her role on the show.

Continuing to act over the next few decades, she worked on many TV series including Police Story, Dallas, Rituals, Santa Barbara, and All My Children, to name a few. According to IMDb, she made her last television appearance in the action series, L.A. Heat in 1999.

As far as feature films go, she has worked many over the years including The Stepford Wives, The Kentucky Fried Movie, Dog Day, Welcome to Woop Woop, O.C. and Stiffs, and Late Phases, among several others. Most recently, she co-starred in the drama movie, Tapestry alongside Stephen Baldwin and Burt Young in 2017.

Does Tina Louise Have Any Children?

Yes, she and her ex-wife have a daughter named Caprice Crane, who works as a novelist and screenwriter.

Does Tina Louise Go to College?

Unfortunately, not much is known about Tina Louise’s education history. As far as we know, she has not gone to college.

What is Tina Louise Famous For?

Tina Louise rose to fame in the late 50’s after starring in the film, God’s Little Acre. Praised for her performance, it had earned her a Golden Globe Award for New Star of the Year. Since then, she has acted in dozens of movies and TV series.

Tina Louise currently lives in Manhattan, New York, according to her social media accounts. Additional information is not available at this time.

What Kind of Car Does Tina Louise Drive?

Details on Tina Louise’s vehicle is not available at this time.

How Much Money Did Tina Louise Make Last Year?

Unfortunately, we do not have any information on Tina Louise’s 2017 earnings at this time.

Last year, the actress co-starred in the film, Tapestry alongside Burt Young and Stephen Baldwin. Her first acting role in three years, she had last appeared in the 2014 movie, Late Phases.

Want to keep up with the actress? If so, why not follow her on social media? You can find Tina Louise on Instagram at @Miss_Tina_Louise or on Twitter at @TheTinaLouise. On Facebook, she also has an official fan page, which you can check out by clicking here.