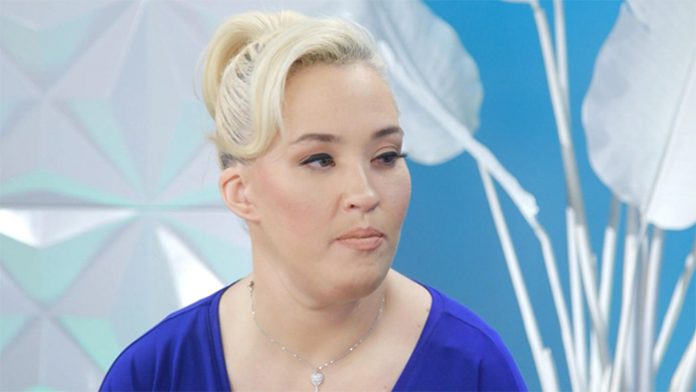 A reality star, June Shannon is best known for her appearances on the TLC series, Here Comes Honey Boo Boo. Premiered in 2012, it centered around the lives of her and her family in the town of McIntyre, Georgia. Despite negative reviews from critics, the show ran for four seasons, until 2014.

Aside from the TLC series, she has been featured in several other TV programs including Dr. Phil, The Doctors, Marriage Boot Camp: Reality Stars, Celebrity Page, and The Dr. Oz Show. Last year, she also starred in a new television series titled, Mama June: From Not to Hot.

How much did she make from starring in Here Comes Honey Boo Boo? How well-paid is she as a reality star? According to various sources, June Shannon’s 2018 net worth is around $1 million. How much of this came from the TLC series? This is one of the topics that we’ll be addressing down below.

How did June Shannon Make Her Money & Wealth?

Hailing from Mcintyre, Georgia, June Shannon left school to give birth to her first child Anna at the age of fifteen. Since then, she has had three additional children with three different men- Mike Thompson, Michael Anthony Ford, and Mark McDaniel. Her famous daughter, “Honey Boo Boo” aka Alana Thompson is Mike Thompson’s daughter.

In 2012, she gained fame after appearing alongside her daughter Alana, in TLC’s reality series, Toddlers and Tiaras. Despite having generated controversy, mainly over the idea of dressing children provocatively, the show remained popular among viewers during its run. Not long after their appearance on the show, Shannon and her family were given their own program called, Here Comes Honey Boo Boo on the network.

Premiered on August 2, 2012, the show mainly revolved around her and her daughter Alana aka “Honey Boo Boo”, though it also starred the rest of her family including husband Mike Thompson aka “Sugar Bear”, and her three other daughters Lauryn, Anna, and Shannon. Well received upon its debut, the series premiere had attracted more than 2 million viewers.

In the end, however, the show came to an end in 2014, after it was reported that Shannon had gotten in a relationship with Mark Anthony McDaniel, Sr., a man who had been convicted of child molestation in the past. In light of the news, TLC announced that they would be canceling the series. By then though, the network had already filmed another season’s worth of episodes. Ultimately, they left them unaired for a few years, before airing them in April 2017.

How much did she earn as one of the main stars on Here Comes Honey Boo Boo? Unfortunately, for those who are curious, her salary has not been disclosed to the public. Seeing as how she’d starred on the show for a considerable amount of time, however, it’s likely that she’d earned a decent sum.

Since the end of Here Comes Honey Boo Boo, she has been featured in several other shows including The Doctors, Marriage Boot Camp: Reality Stars, Good Morning America, and The Dr. Oz Show, to name a few. Most recently, however, she has returned with her own series titled, Mama June: From Not to Hot on WE Tv.

No, she is not married. With that said, she has been in many relationships—as of 2018, she is currently dating Geno Doak.

Does June Shannon Have Any Children?

Yes, she has four children with four different men. The father of her most “famous” daughter, Honey Boo Boo aka Alana Thompson is Mike Thompson.

Does June Shannon Go to College?

No, June Shannon did not go to college. In fact, she had dropped out of school to give birth to her first daughter at the age of fifteen.

What is June Shannon Famous For?

June Shannon initially gained fame alongside her daughter on the reality series, Toddlers and Tiaras. Not long afterward, her family landed their own program on TLC.

June Shannon and her family currently live in McIntyre, Georgia. We do not have any additional details at this time.

What Kind of Car Does June Shannon Drive?

Details on June Shannon’s vehicle is not available at this time.

How Much Money Did June Shannon Make Last Year?

Unfortunately, we do not have any information on June Shannon’s 2017 earnings at this time.

Last year, June Shannon returned to reality TV with a new show titled, Mama June: From Not to Hot. Premiered on February 24, 2017, the show is currently on its second season.

If you want to know what she’s up to, be sure to catch her on Twitter and Instagram!