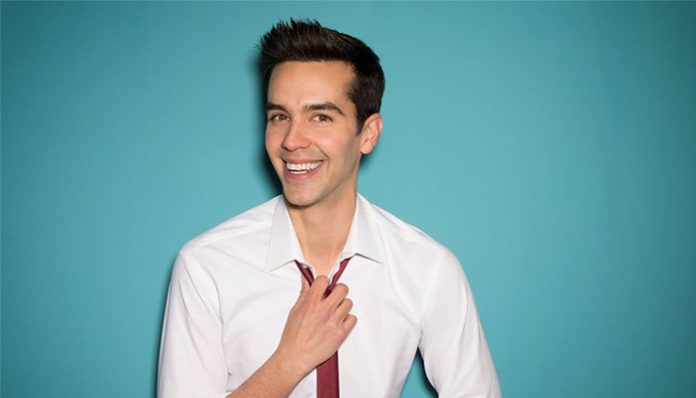 A talented magician, Michael Carbonaro is perhaps best known for hosting the hidden camera reality series, The Carbonaro Effect on TruTV. Debuted in 2014, the show follows him as he performs various tricks on unknowing individuals. As of 2018, it is currently on its fourth season.

In addition to that, he has also acted on a number of occasions. For instance, he has appeared in the series All My Children, Guiding Light, CSI: Miami, Wizards of Waverly Place and Grey’s Anatomy. In the past, he has also played a few minor roles in films such as God Bless America and The Trouble with Barry.

How much has he pulled in from his practical joke series? How well-paid is he as an actor? How rich is he? According to various sites, Michael Carbonaro’s 2018 net worth stands at approximately $500,000. Where did he earn the bulk of this from? How many streams of income does he have? Let’s find out.

How did Michael Carbonaro Make His Money & Wealth?

Born on April 28, 1976, in Oakdale, New York, Michael Carbonaro grew up with his older brother on Long Island, where he went to Connetquot High School. Intrigued with magic, he began to perform tricks in his teen years—he would later do so professionally to help with his college tuition. Upon graduating, he had gone to the NYU Tisch School of the Arts, where he studied drama.

Some time after graduating, he made his acting debut in the film, The Empath. From there, he appeared in another movie, before landing his first television role in Chappelle’s Show. Over the next few years, she made several guest appearances in shows such as All My Children, Guiding Light, 30 Rock and Law & Order: Special Victims Unit.

Continuing to make himself known both on television and film, Carbonaro went on to work on a number of titles including How to Make It in America, Wizards of Waverly Place, Grey’s Anatomy and iCarly. In 2011, he had also played a small role in the movie, God Bless America.

Ultimately, it wasn’t until the mid-2000’s, that he gained widespread attention, after landing his own hidden camera reality series, The Carbonaro Effect. Debuted in 2014 on truth, the show centres around him as he performs various tricks on people, who are unknowingly caught on hidden camera. Responsible for his rise to fame, the show has since been broadcasted in several countries around the world. As of August 2018, The Carbonaro Effect is currently on its fourth season. Unfortunately, it’s not known how much he makes from the series at this time.

In addition to his work on television, he also pulls in a decent amount of income from going on tour. In fact, he had recently just put on a number of shows in Las Vegas, as well as in a few other cities. For more information on his upcoming performances be sure to visit his official website. Speaking of which, he even has an official merchandise store, which you can check out here.

Openly gay, Michael Carbonaro has been married to Peter Stickles, a fellow actor, since 2014.

Does Michael Carbonaro Have Any Children?

No, Michael Carbonaro does not have any children that we know of.

Does Michael Carbonaro Go to College?

Yes, he attended the NYU Tisch School of the Arts, where he received a bachelor’s in drama.

What is Michael Carbonaro Famous For?

Michael Carbonaro is perhaps best known for hosting the practical joke reality series, The Carbonaro Effect. Debuted in 2014 on truTV, it is currently on its fourth season as of 2018.

We do not have any information on Michael Carbonaro’s whereabouts at this time.

What Kind of Car Does Michael Carbonaro Drive?

Details on Michael Carbonaro’s vehicle is not available at this time.

How Much Money Did Michael Carbonaro Make Last Year?

Unfortunately, we do not have any information on Michael Carbonaro’s 2017 earnings at this time.

Most recently, he starred in the fourth season of his hidden-camera reality series, The Carbonaro Effect, which premiered on May 17, 2018. In terms of acting. he had played a supporting role in the TV film, A Tale of Two Coreys earlier this year.

What’s the magician up to? If you’re a fan, why not follow Michael Carbonaro on social media? You can find him on Instagram and Twitter at @Carbonaro. On Facebook, you can also show your support by liking his official fan page.