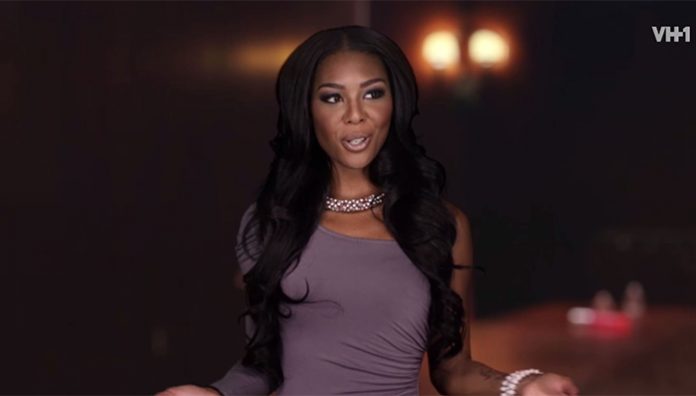 A recording artist, Moniece Slaughter gained widespread attention after appearing in VH1’s popular reality show, Love & Hip Hop: Hollywood. One of the original cast members, she made her debut in the first season alongside April Jones, Teairra Mari, Lil’ Fizz, Ray J and Hazel-E, among a few others.

In addition to her work on reality TV, she is also an accomplished musician. In fact, she has come out with a number of singles over the past couple of years including Blue, Never Left and Compromise. In the past, she has also written music for Akon and Marques Houston.

How lucrative is her television career? How much is she paid for starring in Love & Hip Hop: Hollywood? How successful is she as a singer? How rich is she? According to various sites, Moniece Slaughter’s 2018 net worth stands at approximately $1.7 million. Where did she make the majority of this from? Let’s find out.

How did Moniece Slaughter Make Her Money & Wealth?

Born on March 4, 1987, in Los Angeles, California, Moniece Slaughter grew up in a two-parent household in the Woodland Hills area. Brought up in a musical family, she developed an interest in singing and songwriting at a young age. As one thing led to the next, she eventually landed an opportunity to sing the theme song for the reality show, America’s Next Top Model.

In the end, however, it wasn’t until she joined the cast of Love & Hip Hop: Hollywood in the mid-2010’s, that she rose to prominence. Debuted on September 15, 2014, the show—like its predecessors, followed the lives of those involved with hip-hop music in the Hollywood area. One of the original cast members to have joined the show, Slaughter was introduced in the first season alongside Lil’ Fizz, Ray J, Soulja Boy, Teairra Mari, Omarion, and a few others.

Responsible for launching her career, the series has since continued for five seasons—that last of which premiered on July 23, 2018. To date, Slaughter is one of three cast members to have remained on the show from the get-go (the other two being Teairra Mari and Ray J). How much is she paid for her appearances? Though her exact salary has not been disclosed, it’s likely that she receives a few tens of thousands of dollars per season.

Since her rise to reality stardom, she has been featured in a few other shows including Dr. Phil, On the Set W Jasper Cole, as well as the original Love & Hip Hop. Still, she is best known for her starring role in Love & Hip Hop: Hollywood.

Aside from her television career, which obviously contributes to her income, she has also continued to release music. Over the past few years, Slaughter has come out with a number of new singles including Riches, Bad Bitches Do, Blue, and Never Left. Most recently, she dropped the song, Compromise on September 25, 2017. Posted to YouTube, it has since been played thousands of times on the site.

Does Moniece Slaughter Have Any Children?

Yes, she has a son with her Love & Hip Hop: Hollywood co-star, Lil Fizz.

Does Moniece Slaughter Go to College?

Unfortunately, not much is known about Moniece Slaughter’s education background. As far as we know, she has not gone to college.

What is Moniece Slaughter Famous For?

Moniece Slaughter is best known for starring in VH1’s Love & Hip Hop: Hollywood. Introduced in the initial season, she has been on the show since its premiere in 2014.

Moniece Slaughter currently resides in California. We do not have any additional information at this time.

What Kind of Car Does Moniece Slaughter Drive?

Details on Moniece Slaughter’s vehicle is not available at this time.

How Much Money Did Moniece Slaughter Make Last Year?

Unfortunately, we do not have any information on Moniece Slaughter’s 2017 earnings at this time.

Currently, she is starring in the fifth season of Love & Hip Hop: Hollywood, which premiered on July 23, 2018. In terms of her musical endeavors, she had dropped her latest single, Compromise in September 2017.

What’s the reality star/singer up to? If you’re a fan, why not give her a follow on social media? You can find Moniece Slaughter on Twitter at @KalisWorld or on Instagram at @Moniece_Slaughter. On Facebook, you can also show your support by liking her official fan page here.