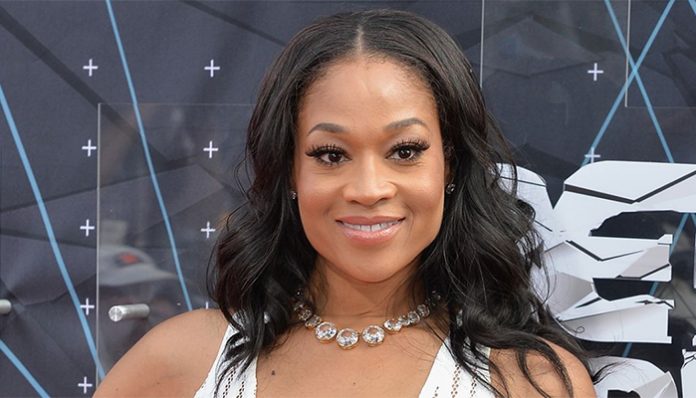 A TV personality, Mimi Faust is best known for her appearances on the VH1 reality series Love & Hip Hop: Atlanta. One of the original cast members, she has starred on the show ever since it premiered in 2012. Just recently, the seventh season had wrapped up in July 2018.

Like most reality stars, she has been featured in several other programs such as Stevie J: Joseline: Go Hollywood, Leah Remini: Scientology and the Aftermath, and Leave It to Stevie. Later this year, she will also be making an appearance in the second season of BET’s Tales.

How much does she make from the popular VH1 program? Aside from reality television, what other things is she involved with? How well-off is she? According to various sites, Mimi Faust’s 2018 net worth is around $2 million. Where did she earn the majority of this money from? Let’s take a closer look at her career below.

How did Mimi Faust Make Her Money & Wealth?

Born on January 3, 1976, in Newport News, Virginia, Mimi Faust had quite the rough childhood. Raised by her mother who was a member of the Church of Scientology, she was eventually abandoned at the age of thirteen. A few years later, she met her biological father for the first time as a teen. Estranged from her mother, she eventually took on his last name after developing a relationship with him.

In 2003, she was featured in Pharrell William’s MV, Frontin. Around that same time, she established a cleaning business called Keep It Clean Inc. in Atlanta, Georgia. Ultimately, it wasn’t until several years later that she ventured into the realm of reality television. As it had happened, she was invited to join the cast of VH1’s Love & Hip Hop: Atlanta in 2012.

One of the original cast members, her fellow co-stars included Joseling Hernandez, Rasheeda, K. Michelle, Erica Dixon, and Karlie Reed. Highly successful, the show eventually became the highest-rated installment of the franchise, with millions of viewers tuning in every week in the U.S. Just recently, the seventh season had wrapped up after an 18-episode run on July 2, 2018. How much does she make from the show? Allegedly, $100,000 per season. Seeing as how she’s been on the series for so long, she would have earned herself quite an amount over the years.

Since her rise to fame on television, she has appeared in several other shows including Dish Nation, I Dream of Nene, Mimi & Nekko, Hip Hop Squares, and Stevie J & Joseline Go Hollywood. Earlier this year, she even made a guest appearance in the original Love & Hip Hop. Having said all that, it’s unknown how much she’s made from the above gigs.

As far as other projects go, it looks like she is currently filming for a crime thriller called No Reason, according to IMDb. Her first acting role, she will co-star alongside Karras Jordan and Brooke Montalvo. Unfortunately, no release date has been announced as of yet.

While she isn’t married, she has been dating Tamera Young for a while.

Does Mimi Faust Have Any Children?

Yes, she has a daughter named Eva Giselle Jordan from a previous relationship.

Does Mimi Faust Go to College?

Unfortunately, not much is known about Mimi Faust’s education background at this time. From the looks of it, however, she has not gone to college.

What is Mimi Faust Famous For?

Mimi Faust is best known for her appearances on VH1’s reality series Love & Hip Hop: Atlanta. One of the original cast members, she has starred on the show for six years and counting.

Unfortunately, we do not have any information on her abode at this time.

What Kind of Car Does Mimi Faust Drive?

Details on Mimi Faust’s vehicle is not available at this time.

How Much Money Did Mimi Faust Make Last Year?

Unfortunately, we do not have any information on Mimi Faust’s 2017 earnings at this time.

Most recently, Mimi Faust starred in the seventh season of Love & Hip Hop: Atlanta, which ran from March to July 2018. In terms of other appearances, she was also featured in Love & Hip Hop and Leave It to Stevie earlier this year.

Want to know what the reality star is up to? If so, be sure to follow her on social media—you can find Mimi Faust on Twitter and Instagram at @MimiFaust. On Facebook, she also has her own fan page, which you can visit by clicking here.