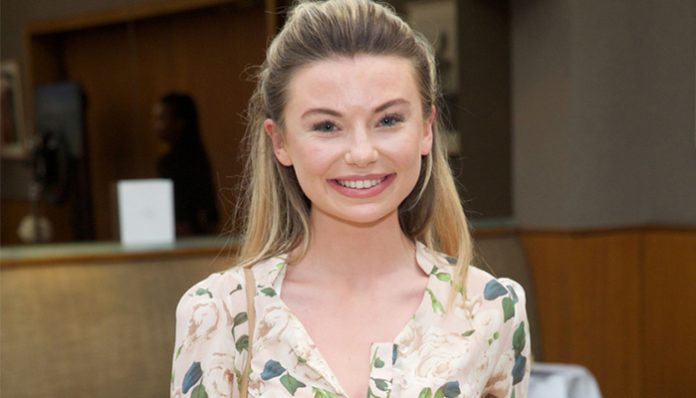 A television personality, Georgia Toffolo is best known for her appearances in the E4 reality program, Made in Chelsea. Introduced in the seventh season, which aired in 2014, she has remained on the show ever since. Just recently, the fifteenth season ended in May 2018.

Over the years, she has appeared in several other shows such as Celebs Go Dating, and I’m a Celebrity…Get Me Out of Here!, that latter of which she won in 2017. More recently, she has also been featured in Britain’s Got Talent, Celebrity Juice, and Would I Lie to You?.

How much did she make as one of the main cast members of Made in Chelsea? How lucrative is her television career? How wealthy is she? According to various sites, Georgia Toffolo has amassed a net worth of $1 million as of 2018. Did she earn most of this from reality TV? What other endeavors is she involved with? Let’s have a look.

How did Georgia Toffolo Make Her Money & Wealth?

Born on October 23, 1994, in Torquay, England, Georgia Toffolo was raised between Devon and London. After graduating high school, she went to the University of Westminster, in pursuit of a law degree. Prior to completing the program, however, she dropped out. From there, she worked various jobs including at an old people’s home, law firm, and charity shop.

In 2014, she started appearing in the British reality series, Made in Chelsea. Responsible for her rise to fame, the program revolved around the lives of affluent young people in various cities in the UK. Introduced in the seventh season, the show starred several other individuals including Ollie Locke, Louise Thompson, Mark-Francis Vandelli, and Alex Mytton, to name a few. Despite having garnered mixed reviews from critics, it remains to be a popular show among viewers.

Her most prominent TV credit to date, she has since starred on the show for four years and counting. Just recently, the fifteenth series had wrapped up following eleven episodes in May 2018. Considering the popularity of the series, one has to wonder—how much does she get paid for her appearances? According to The Sun, Toffolo was paid £13,000 (approx. $17,000 USD) in 2017. While it’s true that it is on the low end, it’s not all too shabby of a pay at all.

Since her rise to fame on Made in Chelsea, she has appeared in several other programs such as I’m a Celebrity…Extra Camp, Celebs Go Dating, Britain’s Got More Talent and Celebrity Juice. In 2017, she also emerged as the winner of the game show, I’m a Celebrity…Get Me Out of Here! Earlier this year, she also appeared as a reporter on the news show, This Morning. Unfortunately, however, it’s not known how much she’d made from the above appearances.

Going back to our original question (i.e. “where did she earn most of her wealth from?”), it would appear that most of her income comes from her television career—the most obvious being the Made in Chelsea franchise.

In terms of other endeavors, she has been working as a member of the Conservative Party for nearly a decade.

No, Georgia Toffolo is not married. According to reports, however, she is believed to be dating Charles Goode.

Does Georgia Toffolo Have Any Children?

No, Georgia Toffolo does not have any children that we know of.

Does Georgia Toffolo Go to College?

Georgia Toffolo attended the University of Westminster briefly, though she ultimately dropped out prior to completing her degree.

What is Georgia Toffolo Famous For?

Georgia Toffolo rose to fame after being cast in the popular reality series, Made in Chelsea. As of 2018, she has starred on the show for four years and counting.

Georgia Toffolo currently resides in England. We do not have any additional details at this time.

What Kind of Car Does Georgia Toffolo Drive?

Information on Georgia Toffolo’s vehicle is not available.

How Much Money Did Georgia Toffolo Make Last Year?

Unfortunately, we do not have any information on Georgia Toffolo’s 2017 earnings at this time.

Most recently, Georgia Toffolo starred in the fifteenth season of Made in Chelsea, which ran from March to May 2018. Aside from that, she had also appeared in The Morning and Would I Lie to You?

Want to know what the reality star is up to? If so, be sure to follow her on social media—you can find Georgia Toffolo on Instagram at @toffgeorgia. On Facebook, she also has a fan page which you can check out here.