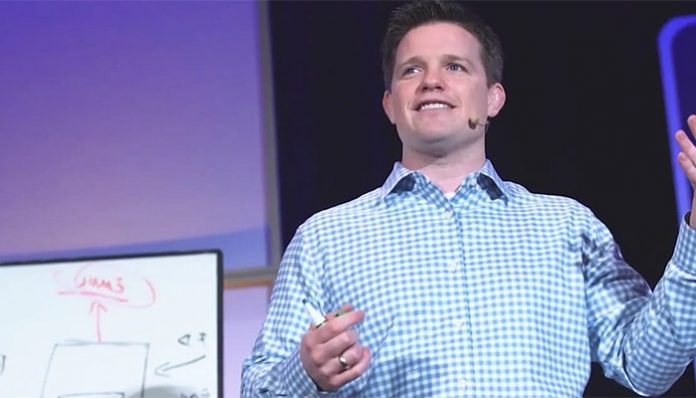 A digital marketing expert, Russell Brunson is best known as the founder of ClickFunnel. One of the fastest growing software companies in the world, they have helped countless individuals since their launch in 2014. As of 2018, the business is worth over $360 million.

In addition to his work on ClickFunnel, he has authored several books including DotCom Secrets: How to Get 100 New Customers in 100 Days Online and Expert Secrets. In fact, he had just released his fourth title, Network Marketing Secret in February 2018. Well received, hundreds of thousands of his books have been sold worldwide.

Considering his accomplishments, one has to wonder—how rich is he? How much has banked from ClickFunnel over the years? His books? According to various sites, Russel Brunson’s 2018 net worth stands at approximately $37 million. How much of this was earned from his business? How many streams of revenue does he have? We’ll be taking a look at some of these questions below.

How did Russel Brunson Make His Money & Wealth?

Born on March 8, 1980, in Provo, Utah, Russell Brunson has been collecting junk mail since the age of twelve. Growing up, he was unlike the typical child in that he was more interested in the commercials than the show themselves when watching television or listening to the radio. As a teen, he was a state champion wrestler. By the time he was in his senior year, he had managed to finished second in the country at the high school nationals.

Upon graduating, he continued to wrestle in college. As he did that, however, he also began to get involved with online marketing on the side. More specifically, he had started to sell potato gun DVDs in his freshman year—a small business that soon became an obsession. Before long, he was propelled into the world of Internet Marketing.

Deciding to grow the company further, he eventually rented an office and hired a team of employees—thus, DotComSecrets was born. A successful venture, it later led to a second endeavor called ClickFunnels. One of the world’s fastest growing software companies, they have helped countless individuals with online marketing over the past several years. As of 2017, the online empire was worth $360 million. Considering everything, it’s likely that a significant portion of his wealth stems from the business.

In addition to his companies, Brunson has also authored a handful of books—all of which have been met with acclaim. His first title, DotCom Secrets: How to Get 100 New Customers in 100 Days Online was published in 2011. Since then, he has come out with three additional books, including Network Marketing Secrets, which was recently released on February 14, 2018.

As far as other endeavors go, he also runs a YouTube channel called FunnelHackerTV. Launched in 2015, it has since gained over 56,000 subscribers. To date, his most popular upload, This Gold Differ Got Rich Painting Nude Squirrel has generated nearly 2 million views. For those who are interested, new videos are posted on a bi-weekly basis on Tuesdays and Thursdays.

Yes, he has been married to his wife and college sweetheart Collette Brunson for many years.

Does Russell Brunson Have Any Children?

Yes, Russell Brunson and his wife have five children together.

Does Russell Brunson Go to College?

Yes, he went to Boise State University, from which he graduated in 2008. In fact, it was during college that he first launched his marketing business, which proved to be a success.

What is Russell Brunson Famous For?

Russell Brunson is best known as the founder of ClickFunnel, one of the fastest growing software service companies in the world.

Judging by his location on Twitter, he currently resides in Eagle, Idaho. Unfortunately, we do not have any pictures of his home at this time.

What Kind of Car Does Russell Brunson Drive?

Details on Russell Brunson’s vehicle is not available at this time.

How Much Money Did Russell Brunson Make Last Year?

At this time, we do not have any information on Russell Brunson’s 2017 salary.

Earlier this year, he published a book titled, Network Marketing Secrets on February 14, 2018. His fourth title, he had last released Expert Secrets in 2017.

What’s the businessman up to nowadays? If you want to keep up with him, why not follow him on social media? You can find Russell Brunson on Instagram and Twitter at @RussellBrunson. Of course, you can also show your support on his official Facebook fan page, which you can visit here.