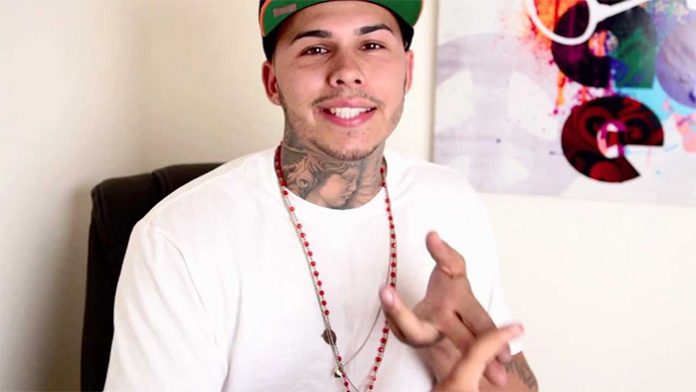 A YouTube star, Derek Deso is perhaps best known for his work on TheBoogShow, a collaborative channel that was launched in 2010. One-third of the group, he creates the videos with NessBoog and Lil Moco, both of whom are also popular on social media.

In terms of solo endeavors, he also runs a personal channel, to which he uploads pranks, challenges, and comedy sketches. Launched in 2011, he has gained more than 1.8 million subscribers to date. As of 2018, his most popular upload, Strip Challenge Prank has been viewed over 35 million times.

How much has he pulled in from his work with TheBoogShow? How lucrative is his YouTube career? How much has he earned from his personal channel? How well-off is he? According to various sites, Derek Deso’s 2018 net worth stands at around $700,000. Where did he earn the majority of this fortune from? Outside of YouTube, is he involved with any other projects? Let’s find out.

How did Derek Deso Make His Money & Wealth?

Born on April 27, 1987, in Los Angeles, California, Derek Deso is the second oldest out of three siblings—he has an older brother named Ryan and a younger brother named Steven. As a teen, he attended Bellflower High School. Ultimately, it was several years after he’d graduated, that he rose to fame as one-third of the collaborative group, TheBoogShow.

A collaborative YouTube channel, TheBoogShow was launched in 2010. A three-man-team, the group also consisted of NessBoog, and Lil Moco, both of whom worked together with Deso to create videos. Known for their extreme pranks and challenges, it didn’t take long for them to earn a significant following on the site. As of 2018, they have gained nearly half a million subscribers, with over 70 million lifetime views.

Some of their most popular videos include Man Almost Dies Eating Ghost Pepper, Extreme Spider Prank (Gone Wrong), Hissing Cockroach Prank, and Snake Prank on Best Friend, all of which have been viewed millions of times. Unfortunately, however, it’s not known how much he’s earned from their endeavors together.

In addition to his work with the group, he also runs a personal YouTube channel called DerekDeso. Launched in 2011—just a year after TheBoogShow was put together, it has since gained over 1.8 million subscribers to date. Rising in popularity as we speak, he is best known for his comedy sketches, pranks, and challenge videos, all of which are a hit among his fans. As of 2018, his most-viewed video of all time, Strip Challenge Prank has generated over 35 million views.

How much has he earned from his YouTube channel? According to Nailbuzz, eh receives an average of 350,000 views on a daily basis. Given that these views are monetized through Google ads, he would earn upwards of $630 a day—which translates to over $200,000 a year.

On top of his main channel, he also has a secondary channel called DerekDesoDaily, which is mainly dedicated to his vlogs. Though not as popular as the former, it has gained more than 900,000 subscribers as of 2018. Assuming that he has also been monetizing its contents, it would yield him another stream of revenue on the side.

No, as far as we know, Derek Deso is currently single.

Does Derek Deso Have Any Children?

Derek Deso does not have any children that we know of.

Does Derek Deso Go to College?

Unfortunately, not much information is available on Derek Deso’s education history. As far as we can tell, he has not gone to college.

What is Derek Deso Famous For?

Derek Deso rose to fame as one-third of the collaborative YouTube channel, TheBoongShow. Since then, he has also launched a personal channel, which has gained more than 1.8 million followers.

We do not have any information on Derek Deso’s whereabouts at this time, nor do we have any pictures of his abode.

What Kind of Car Does Derek Deso Drive?

Details on Derek Deso’s vehicle is not available at this time.

How Much Money Did Derek Deso Make Last Year?

Unfortunately, we do not have any information on Derek Deso’s 2017 earnings at this time.

Over the past year, Derek has added a number of new videos to his channel including Female V.I.A.G.R.A. Prank on Girlfriend and I Put 1,000 McDonald’s Happy Meals in my Mom’s Car, both of which have been viewed over a million times.

What’s Derek Deso up to nowadays? If you’re a fan, why not follow him on social media? You can find him on Instagram and Twitter at @DerekDeso. On Facebook, he also has an official fan page, which you can check out for the latest updates here.