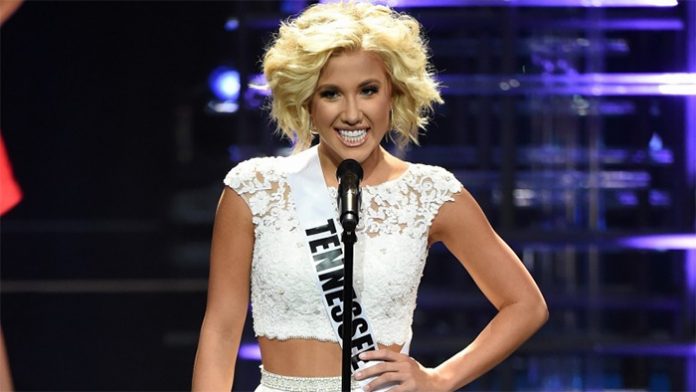 A reality star, Savannah Chrisley rose to fame after appearing in the US Network series, Chrisley Knows Best. Premiered in 2014, the show revolved around the lives of her and her family, in particular, her father, Todd Chrisley—a wealthy real estate mogul. As of 2018, the series is currently in its sixth season.

Since her rise to fame, she has been featured in a number of other shows such as Home & Family, Extra, Daily Pop, Steve, and The Wendy Williams Show. In 2017, she even presented at the 52nd Annual Academy of Country Music Awards.

How wealthy is she considering her family background? How much did she receive for her appearances on Chrisley Knows Best? According to various sources, Savannah Chrisley’s 2018 net worth hovers at around $500,000. How much of this came from her television career? What else is she involved with aside from reality TV? Let’s find out.

How did Savannah Chrisley Make Her Money & Wealth?

Born on August 11, 1997, in Atlanta, Georgia, Savannah Chrisley is the daughter of wealthy real estate mogul, Todd Chrisley. One of five siblings, she has four siblings named Grayson, Lindsie, Chase, and Kyle. Upon graduating high school, she studied briefly at Lipscomb University, before transferring to Belmont College. In 2014, she and her family began to star in their own reality program titled, Chrisley Knows Best on the USA Network.

Debuted on March 11, 2014, the series followed the lives of her family in Atlanta. Aside from her parents, it also centered upon her siblings Kyle, Lindsie, Grayson, and Chase. Relatively popular, the first episode had attracted more than one million viewers in the U.S. Responsible for her rise to fame, the show has since continued for a handful of seasons. In fact, the sixth season is currently still airing on television as we speak!

How much is she paid for her appearances? Unfortunately, her salary has never been disclosed to the public. Considering its popularity, however, it’s likely that her paycheck is nothing to scoff at.

Since her rise to fame in the series, she has been invited onto several other programs including The View, Steve Harvey, Hollywood Today Live, Royal Pains, Home & Family, and Daily Pop, to name a few. Earlier this year, she was also featured in an episode of The Wendy Williams Show. If anything, these appearances have only further boosted her notoriety in the recent years.

Outside of reality television, she has also dabbled in acting. In 2016, she appeared as herself in the TV film, Sharknado 4: The 4th Awakens, starring Ian Ziering, Masiela Lusha, and Tara Reid. As far as we know, however, she hasn’t acted in any other titles since.

Where else does her income come from? Like most celebrities, she also has a significant online following—more than 1.6 million followers on Instagram to exact. Considering this, it’s likely that she’s earned a decent amount from sponsored posts on social media and the like. In fact, it probably wouldn’t be a stretch to say that she earns a few thousand dollars per post (which would quickly add up)!

No, she is not married. With that said, she is currently in a relationship with NHL player Nic Kerdiles. In the past, she had dated Blaire Hanks and Luke Kennard.

Does Savannah Chrisley Have Any Children?

No, the reality star does not have any kids.

Does Savannah Chrisley Go to College?

Yes, she did. Upon completing high school, she went to Lipscomb University briefly before transferring to Belmont College.

What is Savannah Chrisley Famous For?

Savannah Chrisley made herself known in the popular reality show, Chrisley Knows Best, which debuted in 2014. Currently, the series is on its sixth season as of 2018.

Savannah Chrisley and her family currently reside in Nashville, Tennessee, where they continue to film Chrisley Knows Best.

What Kind of Car Does Savannah Chrisley Drive?

Details on Savannah Chrisley’s vehicle is not available at this time.

How Much Money Did Savannah Chrisley Make Last Year?

Details on Savannah Chrisley’s earnings for 2017 are not available at this time.

Since May 2018, she has been starring in the sixth season of Chrisley Knows Best on the USA Network. Aside from that, she recently also appeared in an episode of The Wendy Williams Show.

Want to know what the 20-year-old is up to? If so, why not follow her on social media? You can find Savannah Chrisley on Twitter at @_ItsSavannah_ and on Instagram at @SavannahChrisley. On Facebook, she also has an official fan page, which you can check out