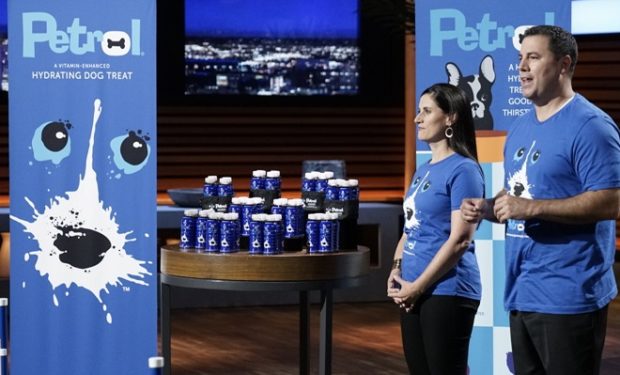 Meet Julie from Cornelius, North Carolina and Ryan from Gahanna, Ohio. These two have come to the Shark Tank to seek an investment of $150,000 in exchange for 20% equity stake in their company, Petrol. Sharks, Julie begins, and….. She falls silent. The Sharks encourage her to continue, and Mark flexes his muscles. Julie laughs and points out that Mark is sitting right in the middle. Julie has evidently been on Shark Tank before, as she recognizes there’s an entirely new set.

Sharks, Julie starts again, as humans, we have all kinds of drink options and ways to treat ourselves throughout the day but our dogs only ever have plain water. How boring! All day, every day, and while they see us sipping on our sports drinks and lattes, Fido gets plain old boring water. Not anymore – Petrol is a fuel for dogs. It’s a delicious, hydrating vitamin-enhanced water for dogs.

However, the dogs do not have to take their word for it – they’ve brought along one of their best customers and her award-winning agility dog. Meet Cheyenne and Rocco! Rocco comes out, a scruffy little shih tzu, and performs agility hurdles for the Sharks. Mark comments, “what an athlete!” All the Sharks love Rocco.

Cheyenne pours a bowl of Petrol water for Rocco, who takes to it immediately. Guest Shark Rohan Oza asks if Rocco is thirsty, or if the product is just that that good. Dogs lap it up four to one over regular water. To celebrate, Cheyenne offers her fist to Rocco, who responds by bumping it with his own paw. All of the Sharks are smitten by scruffy Rocco’s antics. With that, Cheyenne and Rocco leave the tank.

Lori is curious…. Can she taste it? Julie encourages the Sharks too, as both she and Ryan have certainly tasted it before. Rohan asks if the drink is flavored, and Julie explains that Petrol has all-natural flavors in it. It’s more savory than regular water, but Mark says that this is never a good sign. There’s a B-Complex, biotin, niacin, and L-carnitine in the water. Robert loves the packaging and the logo. Lori sips it and pulls a disgusted face. Mark asks what it tastes like, and she says it’s not what she expected. It tastes like bone broth. 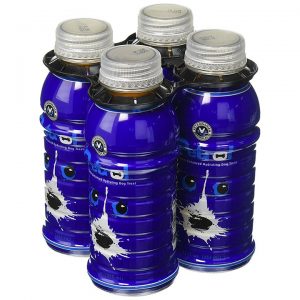 All of the Sharks are repulsed, and Barb says that it even smells like bone broth. Rohan makes a good point – dogs like bones. It is a dog product, after all. Robert has to ask – why? He loves dogs, and he loves dogs, but what’s wrong with water? Julie wants her dogs to enjoy the variety of beverages that humans do, as well. So, she found a veterinary nutritionist to formulate it. They worked on several different flavor profiles, and the bone broth was the winner among all of them.

Rohan asks what the sales are at the moment – the revenue, and where are they selling at the moment? Julie says that a year ago, they did a crowdfunding campaign and this allowed them to (she’ll come back to how they started and why they had to take a break), but Robert insists on this last point. The company was shelved for a little bit, and Barb asks when was the company shelved. Julie started the journey about 10 years ago. In 2010, she went to the largest trade show and was overwhelmed with the response that they got.

Robert asks if they had sales during that period. They had over a dozen companies asking them to export the product and they had no idea how to do that, or what a container of product would be. They had to go get a small-business loan and everybody knows what was going in 2010, the economic recession. There were no small-business loans, especially not for a female business owner at that time. Petrol was shelved, but she decided to bring it back to life about 18 months ago.

Rohan says that effectively, Petrol is a new company. He wants to know about the new company. Julie brought Ryan on board, and he is currently a principal in the business meaning that he’s an owner. He put in about $25,000. Robert asks what the sales are in the last 18 months. Sales for the last 16 months were $16,000, which is a low number. The Sharks all look a little bored and deflated at this answer. This isn’t good news, Robert says.

The truth is that they are out of product, Julie says. They literally don’t have product, which is why they’ve come to the Shark Tank. Robert asks why she hasn’t sold anything else, but Julie again says that they’re out of product. None of this is adding up for Mark. He summarizes the timeline as he sees it. Julie goes to a trade show 10 years ago, so what happened that allowed her to fund it then? She sold off part of her 401(k), her retirement money. 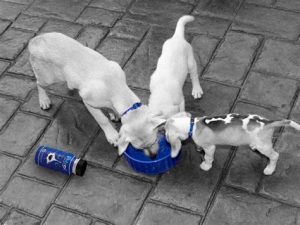 Julie put in $100,000 from her retirement funds, which all of the Sharks show discomfort with. Something is wrong there, Mark says. Out of that $100,000, she didn’t think to save money for product so she can deliver on orders? At the time, Julie thought that as a woman-owned business, she would be able to get funding. However, Mark is talking green and not Martian-owned business – common sense.

Mark says that Julie and Ryan are coming across as so scattered. She used no business sense whatsoever in her first go-around, then she comes back into it and on round two, Ryan put in $25,000 to sell $16,000. They didn’t want a slow drip into the market and they believe that it’s a race to this space. They’re trying to leverage the wind at their back in functional beverage, Ryan says. However, Rohan, an expert in the food and beverage industry, says that their entire assumption was wrong in creating a category.

Mark says that it’s impossible to create a category with $25,000. Rohan explains that if this was proved out of one market or even with one lead customer, he would understand that there is real demand for Petrol. His fear is that the necessity for vitamins in the pet food space is being delivered through enhanced food and therefore, he’s not sure if there’s a real consumer demand for a vitamin-enhanced beverage and paying out for that. So, Rohan is the first Shark out of the deal, and truthfully sets the tone.

Barb says that she is always suspect of any business that starts and stops. Any business she’s ever seen that succeeded started and kept going, no matter what. Ryan looks as though he’s regretting his decision to invest $25,000 as Barbara leaves the deal next. Robert, Lori and Mark all remain. Lori doesn’t know if dogs need a product like this or not – is this something people need and want, and is this something people are going to buy? She’s not sure, so she’s also out of the deal.

Robert’s challenge is with Julie. He heard from her it was the economy. He heard a lot of externalized challenges and that is what bothers him the most. Julie falsely promises that she’ll continue to go, no matter what. However, Robert is tempering what she says with what happened 10 years ago with the trade show. In 10 years, Petrol is showing no progress. Robert, unsurprisingly, is out of the deal as he finds it too uncomfortable to work with Julie. He’s out of the deal, leaving just Mark. 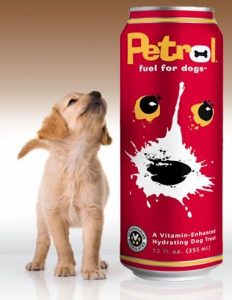 You have to plan, Mark continues, knowing that the $25,000 is the only cash they have. She didn’t do it the first time, and she’s in the process of not doing it the second time. He does not see how anything can change going forward, so ultimately, Mark is the last and final Shark out of the deal.

Petrol is stuck in a state of limbo. It exists on Amazon’s Launchpad platform, which is a way to test out products using Amazon. However, Petrol is listed as unavailable and even checking their website confirms that they are out of product. You can, however, sign up to be notified if and when the product is brought back into stock.

Only one review can be found on the Petrol Fuel for Dogs product page, which is a horrible one-star review that bluntly says “My dogs refuse it – sorry.” There you go, his dogs refuse it. The entire premise of creating a business based on nutritional water for dogs is a little silly, as there’s almost no way to communicate what exactly the benefits are and whether or not your dog will actually like it. I would not be surprised to learn that Petrol has been shelved permanently.