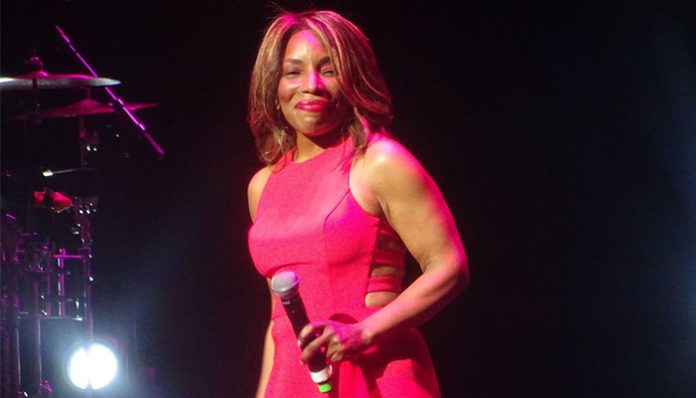 A Grammy award-winning artist, Stephanie Mills initially rose to fame for her role as Dorothy in the Broadway musical, The Wizz in the mid to late 70’s. Since then, she has released numerous records including the albums Sweet Sensation, Stephanie, If I Were Your Women, and Home, among many others.

To date, some of her most popular hits include Home, I Feel Good All Over, and I Have Learned to Respect the Power of Love. Over the past couple of decades, she has also appeared in a number of stage plays including Children of Eden, Funny Girl, and Purlie.

How many records has she sold throughout her career? How wealthy is the singer-songwriter? According to various sites, Stephanie Mills’ current net worth stands at around $1.5 million. Where was the majority of this earned from? What is she up to nowadays? These are some of the questions that we’ll be looking at below.

How did Stephanie Mills Make Her Money & Wealth?

Born on March 22, 1957, in New York, Stephanie Mills grew up in Brooklyn, where she sang gospel music as a child. Naturally talented, she later launched her professional career at the age of nine in the Broadway production, Maggie Flynn. From there, she won Amateur Night at the Apollo Theater for six consecutive weeks at the age of eleven. Before long, she had landed a music deal with Paramount Records in 1973.

In 1974, she released her debut album titled, Movie’ in the Right Direction. However, it wasn’t until the release of her third project, What Cha’ Gonna Do with My Lovin’ that she began to rise in popularity. Produced by Reggie Lucas and James Mtume, it ultimately peaked at number 22 on the Billboard Top 200, with praises from music critics.

By the 1980’s, she had released several additional albums including Sweet Sensation, If I Were Your Woman, Home, and Stephanie, all of which received RIAA accreditation. Some highlights include the songs I Feel Good All Over, Two Hearts, and Never Knew Love Like This Before. Later in 1987, she came out with her first compilation album, In My Life: Greatest Hits.

Since then, Mills has added a handful of additional titles to her catalog including Christmas, Something Real, Personal Inspirations, and Born For This!. While popular among fans, however, they ultimately did not rival the success of her previous records. Regardless, thousands upon thousands of units were sold across the U.S. and worldwide.

In addition to her solo efforts, the singer has also done a number of collaborations throughout her career. For instance, she’s worked with Teddy Pendergrass, The King Dream Chorus, Robert Brookins, and J.T. Taylor.

Aside from her music career, which has obviously contributed a significant amount to her wealth, she has also participated in a number of stage plays in the past. For instance, she appeared in the productions Harlem Suite, Stephanie Mills Comes Home to Broadway, Purlie, Children of Edie, and Funny Girl.

In the past, she has been married three times to Michael Saunders, Dino Meminger, and Jeffrey Daniel. As far as we can tell, she is currently single.

Does Stephanie Mills  Have Any Children?

Yes, she has a son named Farad, who has down syndrome.

Does Stephanie Mills  Go to College?

No, Stephanie Mills did not go to college. Instead, she chose to pursue her music career.

What is  Stephanie Mills Famous For?

Stephanie Mills rose to fame with the release of her third studio album, What Cha’ Gonna do with My Lovin’, which went all the way to number 22 on the Billboard 200.

Unfortunately, we do not have any details on Stephanie Mills’ location at this time.

What Kind of Car Does Stephanie Mills Drive?

Details on Stephanie Mills’ vehicle is not available at this time.

How Much Money Did Stephanie Mills Make Last Year?

Unfortunately, we do not have any information on Stephanie Mills’ 2017 earnings at this time.

Earlier this summer, the singer made an appearance at the Indiana Black Expo, where she sang a few of her classics. Some of the other celebrities that were present include After 7, Loose Ends, DJ Kid Capri, and Rakim, to name a few.

What’s the singer up to nowadays? If you want to keep up with her, why not follow her on social media? You can find Stephanie Mills on Twitter at @PrettyMill1 and on Instagram at @IamStephanieMills. On Facebook, she also has an official fan page that you can check out here.