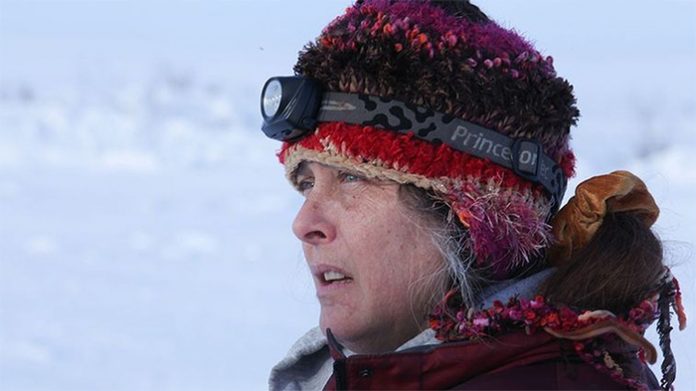 A television personality, Sue Aikens is best known for her appearances in the award-winning documentary series, Life Below Zero. One of the show’s main stars, she was introduced in the first season alongside several others including Glenn Villeneuve, Jessie Holmes and Andy Bassich, to name a few. A popular title, the tenth season recently aired earlier this year.

Since her rise to stardom, she has been featured in several other shows such as Fox and Friends, Today, Access Hollywood Live and The Joe Rogan Experience. In the past, she had also appeared a handful of times in Discovery Channel’s Flying Wild Alaska.

How wealthy is the Alaska native? How much has she earned from starring in Life Below Zero? What is her salary? How lucrative is her television career? According to various sources, Sue Aikens’ 2018 net worth sits at around $500,000. What does she owe her wealth to? Let’s find out below.

How did Sue Aikens Make Her Money & Wealth?

Born on July 1, 1963, in Illinois, Sue Aikens lived in Chicago for several years as a child, before moving to Alaska at the age of twelve. Together with her mother (her parents had separated prior to their move), she lived in a village north of Fairbanks, one of the largest cities in the northern state. Ultimately, it was there that she learned how to fend for herself in the cold wilderness.

Many years later, she made her television debut in an episode of the reality series, Sarah Palin’s Alaska, which aired in 2011. From there, she was invited to take part in the documentary Flying Wild Alaska, as the supervisor of the Kavik River Camp.

Not long afterward, she was cast in Life Below Zero, a new reality series on the National Geographic Channel. Premiered on May 19, 2013, the program centers around the daily lives of a group of subsistence hunters, all of whom live in the remote areas of Alaska. Aside from Aikens, the sole resident of Kavik River Camp, a camp located adjacent to the Kavik River north of the Arctic Circle, it also featured Glenn Villeneuve, Jessie Holmes, Chip and Agnes Hailston, and Erik Salitan, among a few others. Just recently, the tenth season had aired earlier this year.

Popular among viewers, the series was eventually nominated for a Primetime Creative Arts Emmy Award in 2015. From there, just a year later, they won for the category of “Outstanding Cinematography for a Reality Program.” Considering the show’s success, it would only make sense that the cast receives a considerable salary. How much exactly? Though it hasn’t been confirmed, it’s said that she makes upwards of $200,000 from starring in the series.

Since she joined the cast of Life Below Zero, she has been featured in a few other programs such as Fox and Friends, Access Hollywood Live, The Joe Rogan Experience and Today. If anything, these television appearances have only served to further boost her fame.

As far as we know, she is currently single. In the past, she has been married three times.

Does Sue Aikens Have Any Children?

Yes, she has two grown children from her previous relationships.

Does Sue Aikens Go to College?

Not much is known about Sue Aikens’ education history. As far as we can tell though, she has not gone to college.

What is Sue Aikens Famous For?

Sue Aikens is best known for her appearances on Life Below Zero, which airs on the National Geographic Channel.

Sue Aikens lives in the Kavik River Camp—a camp directly adjacent to the Kavik River, in Northern Alaska. We do not have any additional details at this time.

What Kind of Car Does Sue Aikens Drive?

Details on Sue Aikens’ vehicle is not available at this time.

How Much Money Did Sue Aikens  Make Last Year?

Unfortunately, we do not have any information on Sue Aikens’ 2017 earnings at this time.

Most recently, Sue Aikens returned for the tenth season of National Geographic’s Life Below Zero, which ran from January 1, 2018, to March 22, 2018. As far as we can tell, she will be coming back next year for the eleventh season.

What’s the Alaska native up to? If you’re a fan, why not follow her on social media? You can find Sue Aikens on Twitter at @SueAikens or on Instagram at @Kavik_River_Camp. On Facebook, she also has an official fan page that you can check out by clicking here.