Bernice Burgos is an actress and model who is famous for her popular social media accounts and her history of dating famous rappers like Drake and T.I. She is a fan favorite, both for her beautiful looks and her relatable background – she was a bartender and a waitress before she really hit it big. Now she has an impressive net worth and over four million followers on her Instagram account.

How Did Bernice Burgos make their money & wealth

Bernice was born on April 17th, 1980 in Puerto Rico. She moved from the small island nation to the north-east coast. Her life started out with difficulties- she got pregnant in high school as a 16-year-old. She did not let that stop her – she worked her way up from waiting tables and tending bar to acting and modeling. She found work being in the music videos of popular artists like Rick Ross and J. Cole.

This eventually led to her performing on the catwalk at fashion shows. She built up her social media presence. Her Instagram following is 4 million followers deep. She regularly promotes products to her feed, earning at least $300 for each post. With money like that, she could buy a new mid-level Chromebook every time she shares a targeted ad on Instagram. She may get even more than that, as she seems to advertise for fancy cars fairly often. In addition to modeling, Bernice also acted in the Notorious BIG movie, and a sketch comedy show on MTV called Wild n’ Out.

Bernice and her daughter Ashley started a sleepwear business way back in 2014 called Bold & Beautiful Sleepwear. According to the About page on their website, it was her first time trying her hand at fashion design. She saw a need for attractive sleepwear “all shapes and sizes, (that would) make them beautiful. Her career is successful and multifaceted. 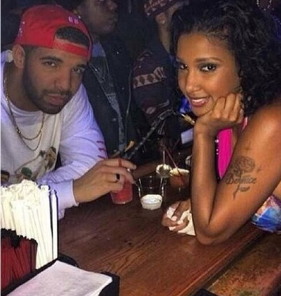 Bernice seems to be single for the time being, although she does have a very interesting dating history. When she was a teenager, Bernice had a baby girl. Her daughter, Ashley, is now 21 with a baby of her own, making Bernice a grandmother. In 2015, Bernice was rumored to be in a fling with the popular rapper Drake, after being spotted together at a hotel pool area in Australia. The pair had been spotted together long before that, and their photos together are all over her Instagram. It looks like that relationship did not work out, and Bernice moved on to TI, another famous hip-hop artist. She was accused of breaking up his marriage, which she aggressively denied in a series of videos.

Bernice is thought to make a hefty $500,000 a year from her modeling and brand deals.

She makes a stunning $1336 per day from all of her various ventures.

The model lives in an apartment in New York City. She is rumored to occasionally stay in a flat rented out for her by T.I. when she goes to visit him in Atlanta, Georgia. 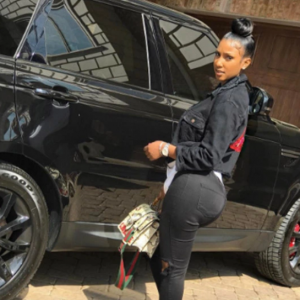 Bernice certainly likes to spend money and flaunt her wealth. In May of 2017, she posted an image of her pricey new ride on Instagram. She got a brand new black Range Rover with the hefty price tag of $80,000. It was such an expensive purchase that she had people wondering if she had purchased her new ride on her own, or if T.I. bought it for her as a gift.

Bernice Burgos took part in a basketball game for charity. The funds raised from the game went on to benefit cancer research.

The social media star has achieved much in her life. She had a baby in high school, but she did not let that slow her down.  She went from earning a meager $30,000 as a bartender and waitress to an impressive $500,000 a year modeling, dating high profile celebrities, and owning her own clothing line.