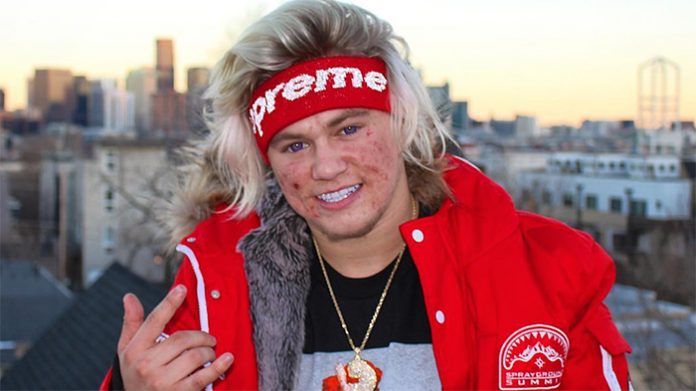 An internet celebrity, Supreme Patty initially gained fame for his short sketches on Instagram. Over the years, he has collaborated with several other social media stars including Danny Duncan and Boonk. Since 2015, he has also been running a successful YouTube channel, which has gained more than 222,000 subscribers to date.

In addition to his online endeavours, he’s also made a name for himself as a music artist. Some of the tracks that he’s come out with include Watchin, Blah Blah, Gelato, Mad, and Focus. Aside from that, he’s also been featured in the works of A. Millz, Diamondz Ink, and El Lil CC, to name a few.

How lucrative are his social media ventures? How much has he raked in from his Instagram and YouTube accounts? His music? According to various sources, Supreme Patty is said to have amassed a net worth of $2 million as of 2018. Where did he earn this money from? Let’s have a better look at some of his accomplishments below.

How did Supreme Patty Make His Money & Wealth?

Born on December 18, 1997, in Daytona Beach, Florida, Supreme Patty grew up with his sister, who has made appearances on his social media accounts. At the age of sixteen, he jumped on the Instagram bandwagon. Noted for his short sketches, he has earned more than 4.7 million followers on the mobile app to date. Considering his audience on the platform, it’s likely that he’s landed a number of sponsors and endorsement deals over the years.

In addition to Instagram, he has also been running a YouTube channel called Supreme Patty TV since 2015. Not only does he post vlogs, but he’s also known for his funny pranks, all of which receive hundreds of thousands of views each. Growing in popularity as we speak, he has gained more than 222,000 subscribers to date, with over 9.3 million combined views. Some of his most popular uploads include First Time Out of the Country (794,000 views), I Got All My Acne Removed (687,000 views), and Day in the Life Ep 1 (199,000 views).

With the views that he draws in, chances are, he’s been monetizing his content through Google Ads. Given that he receives $2 for every 1,000 ad views, he would have easily already made thousands of dollars from his channel. Naturally, as his subscriber base continues to grow, so will his earnings.

Outside of social media, Supreme Patty has also made himself known as a music artist. In fact, he has released several tracks including Different, Tweakin’, Focus, Road Runnin, and Deservin. Most recently, he dropped the single Mad on July 14, 2018. For those who are interested in his music, you can stream many of his releases on SoundCloud.

Besides his solo endeavours, he has also collaborated with other artists over the past year such as A. Millz, HotSpanish, Diamondz Ink, and El Lil CC. Just this spring, he worked with A. Millz on the track Skrt Skrt, which has since received over 400,000 plays on YouTube.

No, as far as we know, Supreme Patty is currently single.

Does Supreme Patty Have Any Children?

No, Supreme Patty does not have any children that we know of.

Did Supreme Patty Go to College?

As far as we can tell, Supreme Patty has not gone to college.

What is Supreme Patty Famous For?

Supreme Patty initially gained fame on Instagram. Since then, he has also established a decent following on YouTube, where he has over 220,000 subscribers. Not only that, but he has come out with a number of singles over the past year, most of which are well received by fans.

According to his Twitter bio, Supreme Patty currently lives in Los Angeles. We do not have any additional information at this time.

What Kind of Car Does Supreme Patty Drive?

How Much Money Did Supreme Patty Make Last Year?

Unfortunately, we do not have any information on Supreme Patty’s 2017 earnings at this time.

Over the past year, Supreme Patty has released several new tracks including Mad, Blown, Sos Pwa, Blah Blah, and Skrt Skrt. Well received by fans, most of the titles have since been streamed hundreds of thousands of times online.

What’s the internet celeb doing nowadays? If you’re a fan, you’ll probably want to keep up with on social media—you can find Supreme Patty on Twitter and Instagram at @SupremePatty. If you haven’t already done so, be sure to also subscribe to his YouTube channel.