What Happened to the Chief’s Wife on Street Outlaws? 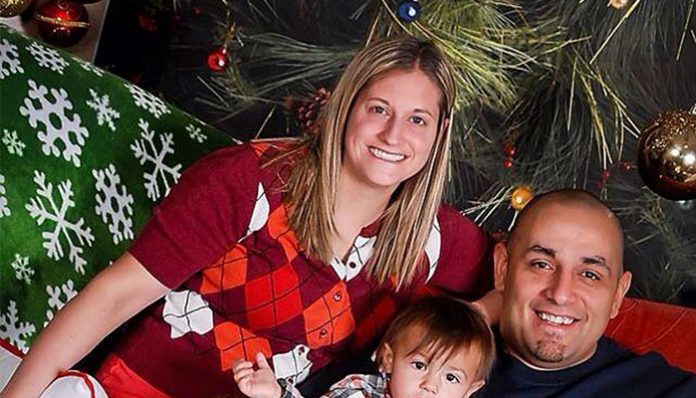 If you’re caught up with Street Outlaws, then you’re probably aware of the fact that Big Chief has been MIA for the past little while. A street racer, he gained fame on the reality series, which premiered in 2013. Introduced in the first season, it’s no secret that he’s married and has two sons. In fact, his wife Allicia has also appeared on the show.

Over the past year, however, things seem to have gotten a little messy. More specifically, there were rumors that the couple had gotten a divorce. Despite these claims, the reality star has dodged most of the questions surrounding his personal life―this has led many fans to wonder, what happened to his wife? Where is she now? Did the two really separate?

What Happened to the Big Chief’s Wife on Street Outlaws? 2018 Recent Updates

Last year, fans began to notice that Big Chief has been MIA from the latest season of Street Outlaws. At the same time, rumors had begun to circulate that he had actually left his wife Allicia Shearer. According to reports, the reality star had left her for Jackie Braasch, another racer on the series. Unfortunately for those of us who are curious, the race car driver has not yet addressed the claims.

While some sites claim that the two have since gotten a divorce, it is still up in the air as to whether or not they’ve officially signed the papers. Though it’s not confirmed, it’s likely that these recent turn of events (i.e. him leaving his wife for a new woman) has something to do with his absence from Street Outlaws.

As you can probably expect, these rumors have garnered Big Chief much criticism. Curious to know what happened, many fans took to social media for answers. In fact, many have written on her Facebook page that they miss her on the show. Whether or not the two are divorced, however, it’s likely that his wife Allicia, still spends most of her time with their two children, Covil and Corbin as a full-time mom.

Unfortunately, it does not appear that she’s active on any social media platforms at this time.

Born on August 18, 1980, Allicia Shearer (born Allicia Leigh Howard) had allegedly met Big Chief in 1999 when he was 18 years old. More specifically, the pair had come to know each other after she pulled into a full-service gas station, one that he’d worked at. After several years of dating, they got engaged in 2005. From there, they officially tied the knot on September 29, 2006. Not long afterward, they welcomed two sons into the family, named Civil and Corbin.

Due to his work, however, Big Chief has confessed that he does not get to spend as much time with his children as he wants. Instead, his wife―who had studied respiratory care at Oklahoma City Community College, left her job at the Integris Southwest Medical Centre, to become a full-time mom. Though it’s unknown what exactly she’s up to nowadays, chances are, she has not returned to her job as a respiratory care practitioner as her medical license had expired in 2017.

Premiered in 2013, Street Outlaws provides viewers with an inside look at the world of street racing, where competitive driving skills are constantly put to the test. A Discovery Channel reality series, many of the main cast members―including Big Chief, were introduced in the first episode, which aired on June 10, 2013. By the end of the initial season, the show had earned itself a devoted fanbase. Over time, its popularity has only grown further.

Since then, the series has continued for several years. In fact, the eleventh season had just recently premiered on June 2, 2018, following a one month break. With that said, however, Big Chief hasn’t been as active as before on the show. For those who’d like to tune in, new episodes air every Monday on the Discovery Channel.

Recent Rumors Around Big Chief and His Wife

As mentioned earlier, there has been a rumor over the past year that Big Chief separated from his wife, Allicia. Not only that, but it’s said that he has gotten together with Jackie Braasch, a fellow racer who he has known for many years.

In response to these claims, many have criticized the television personality for leaving his wife and two children behind. In fact, many fans have expressed on social media that she deserves better. Despite all of the speculation that’s come up in the recent months, however, nothing has been officially confirmed by the two parties. If anything, they have remained quite tight-lipped about the situation, especially Big Chief, who has recently taken an absence from Street Outlaws.