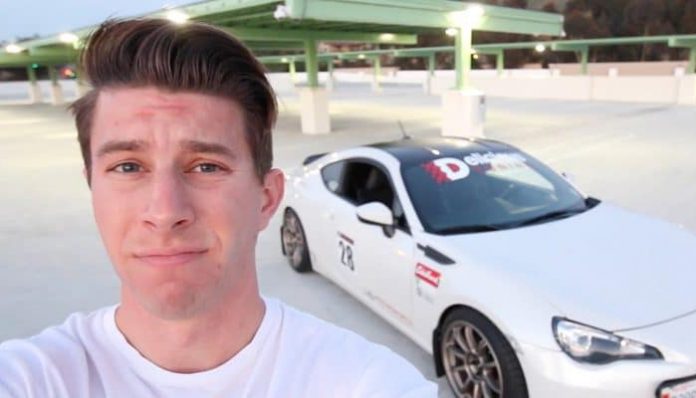 A social media star, TJ Hunt is perhaps best known for his car-centric YouTube channel. Since he first joined the site in 2009, he has gained quite a fan base with more than one million subscribers. In addition to his vlogs, which are popular among viewers, he also posts review videos on a regular basis. To date, his most popular upload, I Got a Widebody Kit For the BRZ has generated over 3.4 million views.

Like most Internet celebrities, he can be found on several other platforms including Instagram, Facebook, and Snapchat. If anything, his popularity has continued to rise over the past months.

How wealthy is twenty-something? How much does he make from his YouTube channel? How lucrative is his online career in general? According to various sites, TJ Hunt’s current net worth stands at approximately $600,000. What does he owe his fortune to? Is he involved with any other endeavors? Let’s have a look below.

How did TJ Hunt Make His Money & Wealth?

Born on December 28, 1994, in Canada, TJ Hunt spent the first years of his childhood in Montreal, Canada, before moving to San Diego, California, with his family. As a teen, he went to Del Norte High School. From there, he enrolled at California State University. Unfortunately, not much else is known about his early life at this time.

While still in high school, he had launched his own self-titled YouTube channel. His first video titled, Dye NT Shooting—which has since been viewed over 34,000 times—was uploaded on November 25, 2009. In the end, he posted a few more paintball-related ideas, before going on a short break.

Ultimately, it wasn’t until 2014 that he returned to the site—this time with car-centric content. Some of these videos include BMW 328i Performance Exhaust & Intake, Automotive Photography Garage Shoot and Cars and Coffee Carlsbad 3-8-14, all of which have since been viewed tens of thousands of times.

Since then, the YouTuber has earned over 1 million subscribers with 258 million combined views. In terms of his most popular videos, these include I Got a Widebody Kit For the BRZ (3.4 million views), No F*cks Given Miata Review (2.7 million views), Making a Lexus Loud (2.2 million views) and Hondas Won’t Stop Revving at Me (1.7 million views).

Given the audience that he has, it’s likely that he pulls in a decent amount of earnings from ad revenue. More specifically, it’s said that his videos earn him upwards of $420 a day, which translates to well over $100,000 a year.

As far as other endeavors go, he has his own clothing line called Hunt & Co. As of 2018, a variety of items are available for sale including tee shirts, decals, posters, and keychains. If you’re interested, you can check out his official online store here.

In addition to that, he also earns money from attending public events such as meet and greets. For instance, he had made a special guest appearance at the AutoCon LA Event this spring.

No, TJ Hunt is not married. With that said, he has been dating Sabrina Leamon for the past couple of years. In fact, she has been featured in several of his YouTube videos.

Does TJ Hunt Have Any Children?

No, TJ Hunt does not have any children.

Does TJ Hunt Go to College?

Yes, he went to California State University after graduating from high school.

What is TJ Hunt Famous For?

TJ Hunt is perhaps best known for his car-centric YouTube channel, which has gained more than 1 million subscribers as of 2018.

Originally from Canada, TJ Hunt currently resides in San Diego, California. We do not have any pictures of his abode at this time.

What Kind of Car Does TJ Hunt Drive?

Details on TJ Hunt’s vehicle is not available at this time.

How Much Money Did TJ Hunt Make Last Year?

Unfortunately, we do not have any information on TJ Hunt’s 2017 earnings at this time.

As mentioned earlier, he recently made a guest appearance at the AutoCon LA event on April 29th, 2018, at the LA Convention Centre. As far as we know, he doesn’t have any other events planned for the upcoming months.

What’s the autophile up to nowadays? If you’re a fan, why not follow TJ Hunt on social media? You can find him on Instagram and Twitter at @TJHunt_. On Snapchat, you can also add him at @Teeeg28. While you’re at it, don’t forget to also check out his official Facebook fan page by clicking here.