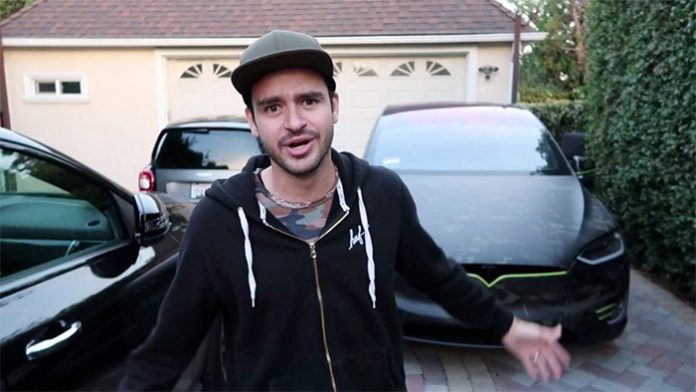 A film producer, Alejandro Salomon has worked on a number of titles including Pretty Little Dead Girl, Ferrari’s Big 5, Pocket Listing and Raised by Wolves. In addition to his work behind the scenes, he has acted in a number of films such as Slightly Single in L.A., Martial Science, and Hyper 5. In 2016, he also made an appearance in the TV short, Bangin’ Gears.

On top of all that, he is also the founder of Salomon Investment Partners, a successful investment fund. Not only does he manage his own real estate, but he has had the opportunity to work with many companies over the years.

How wealthy is he? How much does he make from his various endeavors? According to various online sites, Alejandro Salomon’s current net worth sits at $25 million. What does he owe his fortune to? Where did he earn the majority of this money from? Let’s take a closer look at his career below.

How did Alejandro Salomon Make His Money & Wealth?

Born on December 7, 1984, in District Federal, Mexico, he grew up in Mexico City with his bother, David. Upon graduating high school, he migrated to the United States with his best friend, where he went to Anderson National College. Fond of filmmaking, he eventually founded Helios Productions—a motion picture development and production company. Some time afterward, he also founded Salomon Investment Partners.

Getting involved himself, he made his acting debut in the short film, Betrayed in 2006. From there, he appeared in a few other titles such as Rocky: The Final Battle, Key Lime Lie, Training Wheels and Tormenta’s Ear, a few of which he’d also produced. In 2007, he also played a small role in the award-winning sci-fi title, One Day Like Rain.

Since then, Salomon has helped to produce several other titles including Slightly Single in L.A., Pocket Listing, Bangin’ Gears, Pretty Little Dead Girl, and more recently, Secrets of My Stepdaughter. As an actor, he has also appeared in the movies Ferrari’s Big 5, Hyper 5, Pocket Listing and Martial Science. Though it’s unclear how much he makes from his work in the showbiz, it’s likely that it has contributed to his overall income.

In addition to his television career, Salomon is also well established on YouTube. Since he established his channel back in 2010, he has earned more than 1.3 million subscribers with 219 million combined views. Noted for his vlogs, some of his most popular uploads include Hyper 5 – LaFerrari vs Porsche 918 vs McLaren P1 vs Bugatti vs Pagani (3.5 million views), How Expensive Is it to Own a Bugatti? (2.3 million views) and Garage Update is Here (1.9 million views).

How much has he earned from his channel? According to Nailbuzz, he receives an average of 350,000 views per day. Given that he’s partnered up with Google Ads, it would earn him upwards of $700 a day—which translates to approximately $250,000 a year.

If you’d like to support his work, you can check out his official merchandise store here.

Yes, he has been married to his wife Belen Maria Salomon since 2015.

Does Alejandro Salomon Have Any Children?

No, Alejandro Salomon does not have any children that we know of.

Does Alejandro Salomon Go to College?

Not much is known about Alejandro Salomon’s education background. As far as we can tell, he has not gone to college.

What is Alejandro Salomon Famous For?

Alejandro is perhaps best known for his YouTube channel, which has amassed more than 1.3 million subscribers to date. Not only that, but he has also made a name for himself as an actor and film producer.

Alejandro Salomon currently lives with his wife in Los Angeles. We do not have any additional details of his location at this time.

What Kind of Car Does Alejandro Salomon Drive?

Details on Alejandro Salomon’s vehicle is not available at this time.

How Much Money Did Alejandro Salomon Make Last Year?

Unfortunately, we do not have any information on Alejandro Salomon’s 2017 earnings at this time.

Most recently, he produced a made-for-television film called, Secrets of My Stepdaughter, which debuted on May 11, 2017. A thriller, it had starred Cameron Bancroft, Tiera Skovbye, and Josie Davis. Though met with mixed reviews, it earned a Leo Award nomination for Best Cinematography in a TV Movie earlier this year.

What’s the film producer up to nowadays? If you’re a fan of his work, be sure to check out his social media accounts—you can find Alejandro Salomon on Twitter and Instagram at @Salomondrin. If you haven’t already done so, you can subscribe to his YouTube channel here.