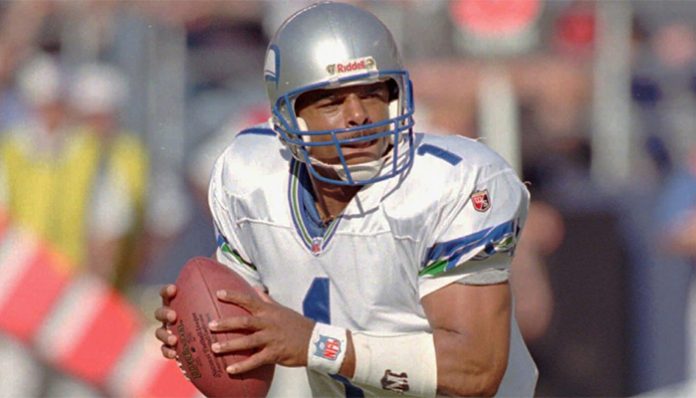 A former NFL star, Warren Moon launched his professional football career with the Edmonton Eskimos in the late 1970’s. Like most athletes, he had played for a number of teams including the Houston Oilers, Seattle Seahawks, Minnesota Vikings, and Kansas City Chiefs. Following more than two decades on the field, he retired in 2000.

A highly accomplished athlete, he became the first quarterback of African-American descent to be inducted into the Pro Football Hall of Fame in 2006. At the peak of his career, he also made it to the all-star Pro Bowl nine times. Since his retirement, he has been working as a commentator for the Seahawks radio network.

How lucrative was his NFL career? How much did he earn as a professional athlete? How wealthy is he today? According to sources, Warren Moon’s 2018 net worth stands at around $12 million. Did he earn the majority of this from football? Let’s have a more detailed look at his career below.

How did Warren Moon Make His Money & Wealth?

Born on November 18, 1956, in Los Angeles, California, Warren Moon is the fourth oldest out of seven siblings. Getting into football as a teen, he had chosen to play as a quarterback as he discovered that he could throw a football longer and harder than anyone he knew. Incredibly talented on the field, he eventually made it to the all-city team during his senior year.

Upon graduating high school, he went to West Los Angeles College, where he set many records as a quarterback. Despite his collegiate success, however, he went unchosen during the NFL Draft. In the end, he chose to join the Canadian Football League, signing with the Edmonton Eskimos in 1978. During his six years with the team, he won many awards including the Grey Cup Most Valuable Player title and CFL’s Most Outstanding Player Award.

Following a bidding war, he joined the Houston Oilers in 1984. Having led the team to many victories, he eventually signed a $10 million contract extension in 1989, which made him the highest-paid player in the NFL. The highlight of his career, he had also made it to the Pro Bowl a number of times during that period. Not only that, but he had earned the NFL Man of the Year, NFL Offensive Player of the Year, NFL Passing Yards Leader and NFL Most Valuable Player titles.

In total, he played for the Houston Oilers for nine years, until 1993. From there, he joined the Minnesota Vikings, with whom he played for from 1994 to 1996. Afterward, he had a short stint with Seattle Seahawks, before finishing his NFL career with the Kansas City Chiefs. Eventually, after 22 years on the field, he retired from the sport in 2000.

Since his retirement, Moon has appeared in a number of television programs such as Quite Frankly with Stephen A. Smith, The Girls Next Door, Tavis Smiley, Mike & Mike and A Football Life. Just last year, he was featured in First Things First and The James Brown Show.

Yes, Warren Moon has been with his wife Mandy Ritter since 2005. His second marriage, he was previously married to Felicia Hendrick.

Does Warren Moon Have Any Children?

Yes, he has four children with his ex-wife, including a daughter named Blair, who plays for Tulane’s Women Volleyball Team.

Does Warren Moon Go to College?

Yes, after high school, he enrolled in a two-year program at West Los Angeles College.

What is Warren Moon Famous For?

Warren Moon initially rose to fame playing for the Edmonton Eskimos in the ‘70s. By the mid-’80’s, he had launched his NFL career with the Houston Oilers, with whom he played for nine years.

Warren Moon currently resides in Los Angeles. We do not have any pictures of his abode at this time.

What Kind of Car Does Warren Moon Drive?

Details on Warren Moon’s vehicle is not available at this time.

How Much Money Did Warren Moon Make Last Year?

Unfortunately, we do not have any information on Warren Moon’s 2017 earnings at this time.

As mentioned earlier, he has appeared in a number of TV programs since his retirement in 2000. Just last year, he was featured in Kentucky Derby, First Things First, The James Brown Show and The Rich Eisen Show.

What’s the former athlete up to? If you’re a fan, why not follow Warren Moon on social media? You can find him on Twitter at @WMoon1 or on Instagram at @Warrenmoon1. Alternatively, he also has an official Facebook fan page, which you can check out by clicking here.