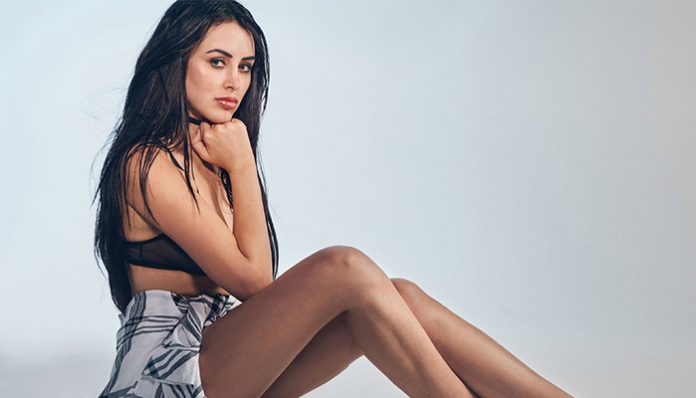 A television personality, Marnie Simpson gained fame in the MTV reality series, Geordie Shore. A few years after making a guest appearance in the first season, she joined the main cast in 2013. From there, she remained on the show for nine seasons—the last of which just wrapped up this spring.

Since her rise to stardom, she has been featured in several other programs including Up Late with Ryland, Big Brother’s Bit on the Side, Celebrity Sex Pod and Loose Women. In 2016, she also participated in Celebrity Big Brother, where she finished in fourth place.

What was her salary on Geordie Shore? How lucrative is her television career? How well-paid is she as a reality star? According to various sites, Marnie Simpson has amassed a net worth of approximately $500,000 as of 2018. How much of this is from her work in the showbiz? Is she involved with any other projects? Let’s find out.

How did Marnie Simpson Make Her Money & Wealth?

Born on January 17, 1992, in South Shields, England, Marnie Simpson grew up near Newcastle, where she attended school. A beauty pageant contestant, she had won the title of Miss Newcastle in 2012, a couple of years after graduating. From there, she worked as a waitress at a local bar, before rising to prominence in MTV’s reality series, Geordie Shore.

Though she appeared briefly in season one, it wasn’t until 2013 that she joined the main cast of Geordie Shore (during season seven). Responsible for her rise to fame, the series had followed several other housemates including Scotty T, Gaz Beadle, Charlotte Crosby, Holly Hagan, and James Tindale. A popular MTV franchise, it regularly drew in more than one million viewers in the UK.

In the end, Simpson remained on the show for nine seasons—up until the end of season 16, which wrapped up in January 2018. By then, she had already become a reality star, with millions of followers on social media. To this day, it remains to be her best-remembered appearance on television.

How much did she make from appearing on the reality program? Surely, she was paid a decent amount considering the popularity of the series? Unfortunately, details about her salary has not been disclosed to the public. If what some of her co-stars receive is of any indication, however, it’s likely that she makes tens of thousands of dollars per season. Seeing as how she’d remained on the show for several years, it would have easily added up over time.

Since her rise to fame, she has appeared in a handful of other titles such as Big Brother UK, In Therapy, and MTVs Single AF. In 2016, she had also participated in the reality competition, Celebrity Big Brother, where she finished in fourth place. Unfortunately, it’s not known whether or not she was paid for these appearances.

More recently, she starred in the eighth season of Ex on the Beach which ran from March to May 2018.

No, Marnie Simpson is not married. With that said, she is currently in a relationship with Casey Johnson—in fact, it was announced that they’d moved in together last year.

Does Marnie Simpson Have Any Children?

No, Marnie Simpson does not have any children that we know of.

Does Marnie Simpson Go to College?

Unfortunately, not much is known about Marnie Simpson’s education background at this time. As far we know, however, she has not attended college.

What is Marnie Simpson Famous For?

Marnie Simpson gained notoriety after joining the main cast of MTV’s Geordie Shore in 2013. In the end, she stayed for nine seasons- up until early 2018.

Marnie Simpson currently lives in her native England. We do not have any additional details at this time.

What Kind of Car Does Marnie Simpson Drive?

Details on Marnie Simpson’s vehicle is not available at this time.

How Much Money Did Marnie Simpson Make Last Year?

Unfortunately, we do not have any information on Marnie Simpson’s 2017 earnings at this time.

Marnie Simpson most recently starred in the sixteenth season of Geordie Shore (after which she left the show). Since then, she has joined the main cast of Ex on the Beach.

What’s the reality star up to? If you’re a fan, why not show your support on social media? You can find Marnie Simpson on Twitter at @MarnieGShore or on Instagram at @MarnieOfficial. On Facebook, she also has an official fan page, which you can check out here.