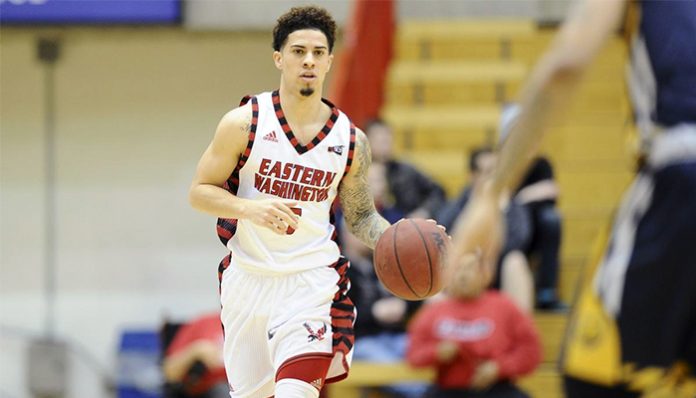 A former basketball player, Austin McBroom played for Saint Louis University in the early 2010’s prior to making himself known on social media. Rising in popularity as we speak, the twenty-something has amassed more than 5 million subscribers on Instagram as of 2018.

Perhaps even more impressive, however, is his youtube channel, The ACE Family, which is run by him and his fiancee, Catherine. Noted for their vlogs, challenges, and pranks, they’ve earned over 11 million subscribers to date. In fact, their most popular video, The Best Proposal of All Time!!! has been played over 22 million times.

How rich is the social media star? How much do he and his family make from their YouTube channel? How profitable is his online career?? According to various sites, Austin McBroom’s 2018 net worth sits at around $4.5 million. What does he owe his fortune to? Is he involved with any other projects? Let’s take a look.

How did Austin McBroom Make His Money & Wealth?

Born on May 20, 1992, in California, Austin McBroom grew up in Los Angeles with his brother, Landon. As a teen, he went to Campbell Hall School, where he participated in a number of sports including baseball, football, and basketball. Upon graduating, he studied at Central Michigan University briefly, before transferring to Saint Louis University, where he played as an NCAA basketball guard. Eventually, he received his bachelor’s from Eastern Washington University.

Several years later, he began to gain fame on social media. Blessed with good looks, it didn’t take him long to earn a significant following on Instagram. Fast forward to 2018, and he has gained more than 5 million fans on the app. With the audience that he has on the platform, it’s likely that he yields a decent amount of earnings from endorsements, sponsored posts, and the like.

Perhaps even more impressive, however, is his YouTube channel, The ACE Family. Run by him and his fiancee, Catherine, it has earned more than 11 million subscribers since its launch in 2016. Not only that, but their videos have generated over 1.6 billion views combined. Noted for their vlogs, challenges, pranks, and more, their uploads regularly pull in millions of views on the site. As of 2018, some of their most popular videos include The Best Proposal of All Time (22.3 million views), The Best Prank of All Time (18.2 million views), and Epic Car Accident Prank (17.7 million views).

How profitable is their YouTube channel? According to Nailbuzz, their videos bring in an average of 5 million views per day. Given that these are monetized via ads, it would earn them upwards of $9,000 a day. If we were to do the math, this would work out too well over $3 million a year. Assuming that they continue to grow their channel, it’s likely that their earnings will also continue to go up.

Aside from what they make from YouTube, the family also has their own official shop at shopacefamily.com. Looking at their page, an array of items are available for purchase from backpacks to t-shirts.

While he isn’t married, he has been engaged to Catherine Paiz since 2017.

Does Austin McBroom Have Any Children?

Yes, the couple has a daughter named Elle, who makes frequent appearances on their YouTube channel. Earlier this year, it was also announced that they were expecting a second child.

Does Austin McBroom Go to College?

Yes, he did—a few, actually. After high school, he went to Central Michigan University, before transferring to Saint Louis University. From there, he eventually graduated with a bachelor’s degree from Eastern Washington University.

What is Austin McBroom Famous For?

Austin McBroom is perhaps best known for his family’s YouTube channel, The ACE Family. Since its launch in 2016, they have gained more than 11 million subscribers.

According to his official Twitter account, he and his family reside in Los Angeles. We do not have any pictures of their home at this time.

What Kind of Car Does Austin McBroom Drive?

We do not have any information on Austin McBroom’s vehicle.

How Much Money Did Austin McBroom Make Last Year?

Details on Austin McBroom’s 2017 earnings are not available at this time.

As mentioned earlier, the couple had recently announced in February 2018 that they were expecting a second child together. To date, the video has been viewed over 10,000 times.

Want to know what the YouTube star is up to? If so, why not follow him on social media? You can find Austin McBroom on Twitter and Instagram at @AustinMcbroom. Alternatively, you can check out The ACE Family’s official Facebook page here.