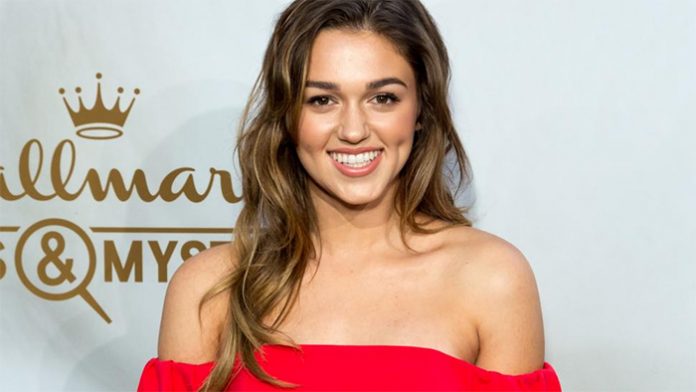 A reality star, Sadie Robertson is perhaps best known for her appearances on A&E’s Duck Dynasty. The daughter of Willie Robertson, the CEO of Duck Commander (which is the focus of the show), she and her family were introduced in the first season, which debuted in 2012.

Since her rise to fame on reality TV, she has also acted on a few occasions. In 2016, she made her big screen debut in the drama film, God’s Not Dead 2. From there, she also played a couple of roles in the titles I’m Not Ashamed and Sun, Sand, & Romance, the latter of which was released in 2017.

How wealthy is the TV personality? How much is she paid for her appearances on Duck Dynasty? According to various sources, Sadie Robertson’s 2018 net worth sits at around $500,000. How much of this is from the reality series? What other projects is she involved with? Let’s have a better look at her career below.

How did Sadie Robertson Make Her Money & Wealth?

Born on June 11, 1997, in West Monroe, Louisiana, Sadie Robertson is the daughter of Willie Robertson, the current CEO of Duck Commander. One of six children, she has five siblings named Willie Alexander, John Luke, Rebecca, Rowdy and Bella. As a teen, she went to Ouachita Christian School, where she was a member of the track and field team. In fact, she had finished sixth in the entire state during a javelin throwing competition in 2013.

In 2012, she and her family began to star in their own reality series, Duck Dynasty. Developed by A&E Networks, the show centered around their family-operated business, Duck Commander, which makes products for duck hunters. Her television debut, Sadie was introduced in the first season alongside her parents, brother, and a few extended family members.

Popular among viewers, the initial season had attracted 1.82 million viewers in the U.S. Renewed by the network, the second season only proved to be more popular, with an average viewership of 4.17 million. As if that wasn’t impressive already, the season three premiere later tallied 8.9 million viewers, which made it the most-watched series in A&E history. Eventually, the series ended after a five-year run in 2017. According to reports, the show’s official merchandise had generated more than $400 million in revenue.

How much did Sadie make from Duck Dynasty? Though the exact amount has not been confirmed, it’s said that the Robertsons had earned $200,000 per episode, which is then divided among the family members. Seeing as how the show had continued for more than 100 episodes, it’s likely that she’s banked a considerable amount over the years.

As far as other projects go, Sadie has also dabbled in acting in the recent years. For instance, she made her big screen debut in the drama film, God’s Not Dead 2 in 2016. That same year, she also co-starred in the movie, I’m Not Ashamed. More recently, she played a role in the Hallmark Channel Original Movie, Sun, Sand, & Romance in 2017.

In addition to all that, she also has a few business ventures including a clothing line, a fashion line, as well as a home goods brand. In 2014, she even wrote a New York Times bestseller titled, Live Original.

No, Sadie Robertson is not married. The last that we’d heard though, she was in a relationship with actor Austin North.

Does Sadie Robertson Have Any Children?

No, Sadie Robertson does not have any children.

Does Sadie Robertson Go to College?

No, as far as we know, Sadie Robertson has not gone to college. At this time, it’s unknown whether or not she plans on continuing her education.

What is Sadie Robertson Famous For?

Sadie Robertson is best known for her appearances on her family’s reality series, Duck Dynasty, which premiered on A&E in 2012.

We do not have any information on Sadie Robertson’s whereabouts at this time.

What Kind of Car Does Sadie Robertson Drive?

Details on Sadie Robertson’s vehicle is not available at this time.

How Much Money Did Sadie Robertson Make Last Year?

Unfortunately, we do not have any information on Sadie Robertson’s 2017 earnings at this time.

Most recently, she starred in the eleventh and final season of Duck Dynasty, which wrapped up on March 29, 2017. Aside from that, she had also acted in the Hallmark film, Sun, Sand, & Romance.

What’s the Duck Dynasty star up to? If you’re a fan, why not follow Sadie Robertson on social media? You can find her on Twitter at @sadierob or on Instagram at @legitsadierob. On Facebook, you can also show your support of her official fan page.