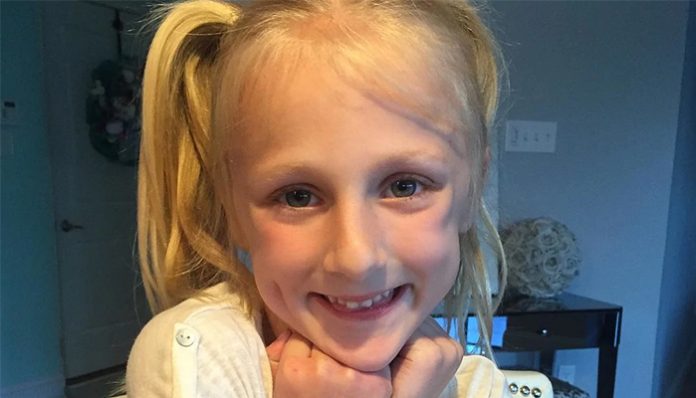 A child star, Clara Lukasiak gained popularity after appearing on Lifetime’s hit reality show Dance Moms. The younger sister of Chloe Lukasiak, she made her debut when she was just three years old. Most recently, she appeared a handful of times in the seventh season in 2017.

Aside from Dance Moms, she has been featured in a few other shows including Chloe Does It and The John Kerwin Kids’ Show!. Last year, she also made her acting debut in an episode of Nicky, Ricky, Dicky & Dawn. Some of the other titles that she’s worked on include Giggles Talk and Homework Heist, the latter of which came out in 2018.

How well-off is the child reality star? How much has she made from her television career? What else does she have going for her? Unfortunately, details on Clara Lukasiak’s net worth is not yet available. Since we’re here though, let’s take a closer look at some of her accomplishments.

How did Clara Lukasiak Make Her Money & Wealth?

Born on August 17, 2009, in Churchill, Pennsylvania, Clara Lukasiak is the youngest daughter of Marc and Christi Lukasiak. One of two children, she has an older sister named Chloe who stars in Dance Moms. At the age of three, she made her television debut on the same show.

Premiered on July 13, 2011, Dance Moms follows the early dancing careers of a group of children and their doting mothers. Set in the renowned Abby Lee Dance Company, each of the aspiring dancers train under the tutelage of none other than Abby Lee Miller herself.

While Clara has appeared on the show, she, herself, is not one of the main cast members. Instead, it is her older sister Chloe, a contemporary dancer, that stars in the series (alongside their mother, Christi Lukasiak). Introduced at the beginning, the pair starred in the series for a few years before leaving after season four. Though she eventually quit the Abby Lee Dance Company, she later returned for a few guest appearances in season seven. Since then, she has joined a new dance group called The Irreplaceables.

Having said all that, Clara did recently appear a handful of times in the seventh season, which aired in 2017. Unfortunately, it’s not known whether or not she’s paid for her appearances at this time.

Since her rise to fame on Dance Moms (albeit not being a main cast member), the blonde has appeared in a few other TV programs including JoJo’s Juice, Chloe Does It and The John Kerwin Kids’ Show. As a child actress, she even made her debut last year in an episode of Nicky, Ricky, Dicky & Dawn. Some of the other titles that she’s worked on include Giggles Talk and Homework Heist, the latter of which came out in 2018.

Despite her young age, Clara has also earned herself a significant following on social media over the past couple of years. For instance, she currently has over 976,000 followers on Instagram and more than 14,000 on Twitter. Since 2014, she has also been running her own YouTube channel, which has amassed 235,000 subscribers to date.

No, Clara Lukasiak is too young to be married as she is currently only nine years old.

Does Clara Lukasiak Have Any Children?

Where Does Clara Lukasiak Go to School?

Unfortunately, it has not been revealed where she goes to school. With that said, it’s known that she splits her time between Pittsburgh and Los Angeles.

What is Clara Lukasiak Famous For?

The younger sister of Chloe Lukasiak, Clara rose to fame after appearing in the reality series Dance Moms at the age of three. Since then, she has appeared in several other TV shows including the sitcom Nicky, Ricky, Dicky and Dawn.

According to her Instagram page, Clara Lukasiak splits her time between Pittsburgh and Los Angeles. We do not have any additional details at this time.

What Kind of Car Does Clara Lukasiak Drive?

Clara Lukasiak is too young to drive.

How Much Money Did Clara Lukasiak Make Last Year?

Unfortunately, we do not have any information on Clara Lukasiak’s 2017 earnings at this time.

Most recently, she appeared in a short comedy titled Homework Heist, which was released on January 13, 2018. Some of her other recent appearances on reality TV include Dance Moms and The John Kerwin Kids’ Show.

Want to catch up with the young star? If so, be sure to follow her on social media—you can find her on Twitter and Instagram at @RealClarasWorld. Alternatively, you can check out her official Facebook page for the latest news and updates.