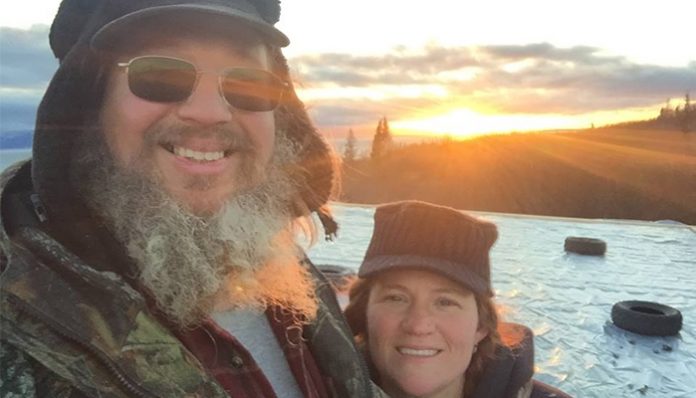 A reality star, Shane Kilcher is best known for his appearances on the Discovery Channel series, Alaska: The Last Frontier. Premiered in 2012, the show documents the lives of him and his extended family in Homer, Alaska, where they reside without modern heating or plumbing. Incredibly popular, the show has earned two Emmy Awards for Outstanding Reality Program and Cinematography.

As far as we can tell, he has not appeared in any other television programs. Most recently, he starred in the seventh season, which aired in 2017.

How wealthy is the TV star? What was his salary on Alaska: The Last Frontier? How does it compare to the rest of his family members? According to various sites, Shane Kilcher’s 2018 net worth stands at approximately $40,000—which is relatively high, when you live in Alaska! How much of this came from the reality series? What other projects is he involved in? Let’s have a look below.

How did Shane Kilcher Make His Money & Wealth?

Born on May 5, 1971, Shane Kilcher is the son of Atz Kilcher and Lenedra Carroll. One of three children, he has a brother named Atz Lee and a sister named Jewel, the latter of whom is a popular singer. According to an interview with his sister, life at home was not all too kind as their father was often abusive. Raised in the Kilcher homestead, he attended Homer Senior High School, where he was an active member of the volleyball team.

In 2011, it was announced that his extended family would be the feature of a new reality series titled, Alaska: The Last Frontier. While the program premiered on December 29, 2011, it wasn’t until the second season that Shane made his debut in an episode titled, The River Wild. From there, he eventually joined the main cast in season three, which began to air in 2013.

In addition to him, the show also focused on his wife Kelli Kilcher, as the two live together in Alaska, where they’re working to build a homestead. In terms of the other cast members, the series also stars Otto Kilcher, Charlotte Kilcher, Atz Lee Kilcher, Jane Kilcher, to name a few. While his sister Jewel has made a few appearances, she does not appear regularly on the program (most likely due to her busy music career).

Responsible for his rise to fame, the show has undoubtedly played a large role in his rise to fame. As of 2018, he has appeared in well over 50 episodes (though he is absent from the current season). Considering the series’ popularity, it’s likely that he’s paid a decent amount for his appearances—but how much? While the exact details have not been disclosed, it’s said that each of the Kilcher family members receives a minimum of $8,000 per episode. Doing the math, it’s obvious that the show would have earned him a considerable sum over the years!

As far as we know, Shane Kilcher has not appeared in any other TV programs as of 2018.

Yes, Shane Kilcher is married to his wife Kelli Kilcher. Together, the two are working on building a homestead in Alaska.

Does Shane Kilcher Have Any Children?

No, as far as we know, Shane Kilcher does not have any children.

Does Shane Kilcher Go to College?

No, as far as we can tell, Shane Kilcher has not gone to college. Instead, it would appear that he started working out of high school.

What is Shane Kilcher Famous For?

Shane Kilcher rose to fame after starring on the Discovery Channel’s reality program, Alaska: The Last Frontier, which premiered in the United States in 2012.

Shane Kilcher and his wife live in Homer, Alaska, where they are working to build themselves a homestead. We do not have any additional details at this time.

What Kind of Car Does Shane Kilcher Drive?

Details on Shane Kilcher’s vehicle is not available at this time.

How Much Money Did Shane Kilcher Make Last Year?

Unfortunately, we do not have any information on Shane Kilcher’s 2017 earnings at this time.

Most recently, Shane Kilcher starred in the seventh season of Alaska: The Last Frontier, which aired in 2017. As of 2018, however, he has been absent from the eighth season.

What’s the Alaska native up to? Unfortunately, it doesn’t look like Shane Kilcher is active on social media (which isn’t too surprising considering the fact that they live without modern heating or plumbing!). With that said, he does have an official Facebook page, which you can check out here.