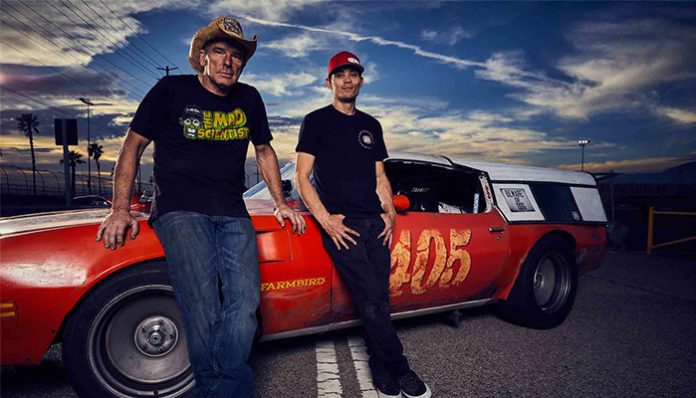 A reality star, Sean Whitley aka “Farmtruck” rose to fame as one of the main racers on the Discovery Channel series, Street Outlaws. Together with sidekick AZN, he races with a customized 1970 C-10 Chevy Pickup Truck.

One of the original cast members, he has starred on the show since the get-go in 2013. A fan favorite, he has been featured in the series for five years and counting as of 2018. Aside from his work on Street Outlaws, he and AZN also run a successful automotive studio together in Oklahoma City, which doubles as a merchandise store.

How well-off is the professional street racer? How much does he make from starring on the hit reality show? According to various sources, Farmtruck’s 2018 net worth sits at around $2 million. How much of this came from the series? What else does he have going on? We’ll be taking a look at this below.

How did Farmtruck Make His Money & Wealth?

Hailing from Oklahoma, Sean Whitley aka “Farmtruck” developed an interest in trucks at the age of twelve after riding in his father’s 1956 Ford pickup. According to his official website, he used to start the races on Route 66 by standing between the fastest cars with a flashlight over his head. Unfortunately, not much else is known about his early life at this time.

Deciding to get involved with the races himself, he later purchased a 1970 C-10 Chevy Pickup Truck (one that he’d gotten from responding to an ad on Auto Trader Magazine). As one thing led to another, he eventually teamed up with his best friend AZN to form the dynamic duo Farmtruck and AZN. While he does the driving, AZN does the smack talking, which adds to the adrenaline rush.

Many years of racing later, the duo was cast in the reality series, Street Outlaws. Debuted in the U.S. on June 10, 2013, on the Discovery Channel, the show offers viewers a look into the Oklahoma street racing world. In addition to Farmtruck and AZN, the series also stars several other racers including Murder Nova, Flip, Big Chief, Chuck, Varley, to name a few. Original cast members, the dynamic duo made their debut in the first episode, which aired on June 10, 2013.

Popular among viewers, Street Outlaws has continued ever since; as of 2018, it is currently on its eleventh season. Of course, Farmtruck and AZN have been present for all of them—if anything, their popularity on the show has only increased over the past few years. With that said, details of their salary have not been revealed to the public.

In addition to his reality television career, he and AZN also run an automotive studio called the Farmtruck And Azn Shop. Located in Oklahoma City, the business appears to be doing fairly well, if its online reviews are anything to go by.

For those who’d like to support the street racers, they also have an official merchandise store which you can check out here. From the looks of it, they sell a variety of items from posters to apparel.

As far as we know, Farmtruck is not married. With that said, it is only speculation at this point in time.

Does Farmtruck Have Any Children?

No, Farmtruck does not have any children that we know of.

Does Farmtruck Go to College?

Not much has been revealed about Farmtruck’s education history. As far as we can tell, the street racer has not gone to college.

What is Farmtruck Famous For?

Farmtruck rose to prominence as one of the main cast members of the Discovery Channel’s reality program, Street Outlaws. As of 2018, he has starred in all eleven seasons.

Farmtruck currently resides in Oklahoma City, where he continues to race on a regular basis. At this time, we do not have any further information on his whereabouts.

What Kind of Car Does Farmtruck Drive?

How Much Money Did Farmtruck Make Last Year?

Details on Farmtruck’ 2017 salary is not available at this time.

At the time of this writing, Farmtruck and his sidekick Azn are starring in the eleventh season of Street Outlaws, which premiered on June 2, 2018.

What’s the professional street racer up to? Are you a fan? If so, be sure to keep up with his latest updates by following him online—you can find Farmtruck on Twitter at @Azn_Farmtruck or on Instagram at @Fna405. On Facebook, the dynamic duo also has an official page, which you can check out here.