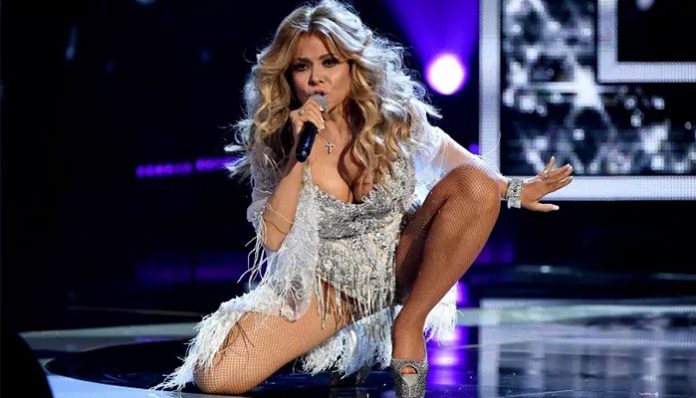 A Mexican singer-songwriter, Gloria Trevi initially made herself known as a member of Boquitas Pintadas in the mid-80s. Following their disbandment, she launched a solo career with the release of an album titled, Que Hago Aqui? in 1989. Since then, she has followed up with several other projects including Me Sent Tan Sola, Como Name El Universe, and Una Rosa Blu, to name a few.

In addition to music, she has also acted on several occasions. For instance, she has played various roles in the films Pelo Suelto, Zapatos Viejos and Las Mamas si Van Al Cielo, the first of which had served as her acting debut. On television, she is best known for playing Aurora Valencia in the telenovela, Libre para amarte.

How wealthy is the entertainer? According to certain sources, Gloria Trevi has amassed a net worth of $40 million as of 2018. What does she owe her fortune to? Let’s have a look at this below.

How did Gloria Trevi Make Her Money & Wealth?

Born on February 15, 1968, in Monterrey, Mexico, Glori Trevi has been fond of performing ever since she was a young child. Growing up, she not only recited poetry but was also talented in ballet and piano. Following her parents’ divorce when she was ten years old, however, she left home, much to her mother’s dismay. Traveling to Mexico City, she began to earn a living by dancing and singing in the street.

In 1985, she performed briefly with a girl group called Boquitas Pintadas. From there, she chose to pursue a solo music career, a decision that was influenced by her love for American and British rock. In 1989, she released her first studio album, …Que Hago Aqui?. Responsible for her rise to fame, it quickly earned her a mainstream audience in Mexico. A commercial success, the album consisted of ten tracks, some of which included Satisfecha, Mañana, Became Aqui and Le Dire, Les Diremos.

By the end of the ‘90s, she had come out with a handful of other titles including Tu Angel de la Guarda, Has Turbada Que Nunca, Si Me Llevas Contigo and Me Sent Tan Sola. Praised by critics, all of them had reached number one in her native Mexico.

Though not as active in the 2000’s, Trevi did go on to release two albums—Como Name El Universo and Una Rosa Blu, both of which made it onto the Top Latin Albums chart in the United States. From there, she dropped Gloria in 2011, her first album to reach number one outside of Mexico. Since then, the singer has come out with three additional projects, including a collaboration with Alejandra Guzman titled, Versus.

Considering her popularity, it’s probably safe to assume that she has earned a decent amount from her albums and singles. Not only that but she has put on a number of tours over the years, all of which would have contributed to her overall income. In terms of other endeavors, she has even appeared in a number of films and TV shows such as Zappos Views, Pequenos Gigantes and Libre Para Amarte.

Yes, she has been married to Armando Gomez, a lawyer, for nearly a decade.

Does Gloria Trevi Have Any Children?

Yes, she and her husband have two sons together.

Does Gloria Trevi Go to College?

Unfortunately, not much is known about Gloria Trevi’s education background at this time.

What is Gloria Trevi Famous For?

Gloria Trevi is best known for her solo music career. Her debut album, Que Hago Aqui was released in 1989.

The singer currently resides in McAllen, Texas, with her husband and two children. We do not have any pictures of their home at this time.

What Kind of Car Does Gloria Trevi Drive?

Information on Gloria Trevi’s vehicle is not available.

How Much Money Did Gloria Trevi Make Last Year?

Details on Gloria Trevi’s 2017 salary is not available at this time.

Last year, the singer released a collaborative album titled, Versus with Alejandra Guzman. A big hit, it ended up reaching the top of both the Latin Pop Albums and Top Latin Albums charts.

What’s the singer up to? If you’re a fan, be sure to check out Gloria Trevi’s official social media accounts—you can find her on Twitter and Instagram at @GloriaTrevi. On Facebook, she also has a fan page that you can check out here.