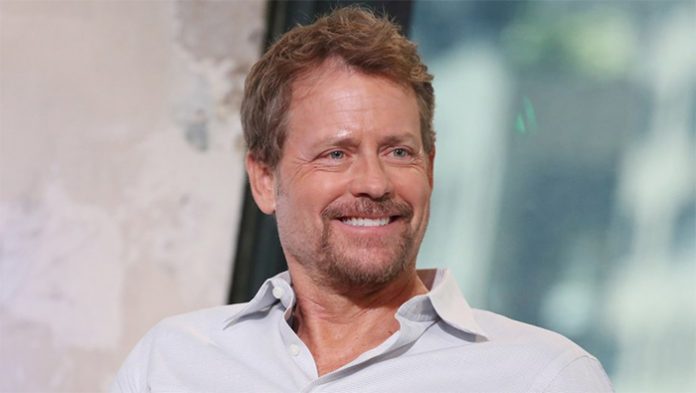 An award-winning actor, Greg Kinnear is perhaps best known for his portrayal of Simon Bishop in the 1997 film, As Good as It Gets. Since then, he has appeared in many popular titles including You’ve Got Mail, Someone Like You, We Were Soldiers and Heaven is for Real.

Though mostly known for his work in Hollywood, he has acted in a number of different television series over the years such as L.A. Law, Based on an Untrue tory, Modern Family and Drunk History. Later this year, he will also be making an appearance in the popular political thriller, House of Cards.

How wealthy is the 55-year-old actor? How much is he paid for his starring roles? How successful is his acting career? According to what we could find about his net worth, Greg Kinnear currently has an estimated fortune of $20 million. What does he owe his wealth to? Let’s find out.

How did Greg Kinnear Make His Money & Wealth?

Born on June 17, 1963, in Logansport, Indiana, Greg Kinnear is the son of Edward Kinnear and Suzanne Buck, the former of whom worked for the U.S. State Department. Due to his career, he and his two brothers moved around frequently during their childhood. As a student, he attended the American Community School in Athens, Greece. Upon graduating, he returned to the United States, where he studied broadcast journalism at the University of Arizona.

A few years later, he made his acting debut in the TV film, What Price Victory. Around that same time, he also hosted a game show called College Mad House, which was a spin-off of the popular kids’ show Fun House. Next, he worked on Best of the Worst, a series that he created, produced and hosted.

As one thing led to another, he also began to appear in films. In 1994, he landed his first role in the comedy parody, Blankman. Over the next few years, a string of roles followed in the movies Sabrina, Dear God, A Smile Like Yours and Beavis and Butt-Head Do America. However, it wasn’t until the late ‘90s that he started to gain recognition, after playing a recurring character in As Good as It Gets. Responsible for his rise to fame, his portrayal earned him several accolades including a Golden Globe Award nomination for Best Supporting Actor.

Since then, Kinnear has worked on many other movies including Fast Food Nation, Auto Focus, The Matador, Little Miss Sunshine, and Flash of Genius. Most recently, he starred in the Christian drama film, Same Kind of Different as Me, which was released in 2017.

In terms of television, he has also acted in sundry series including The Larry Sanders Show, Friends, Rake, Modern Family, and Drunk History. Not only that, but he has starred in a few TV films such as Dinner with Friends, Confirmation, and Dillinger. Currently, he plays the part of Bill Shepherd in the popular political drama, House of Cards.

Yes, he has been married to Helen Labdon, a glamour model, since 1999.

Does Greg Kinnear Have Any Children?

Does Greg Kinnear Go to College?

Yes, he did. Sometime after high school, he went to the University of Arizona, where he earned a bachelor’s degree in broadcast journalism.

What is Greg Kinnear Famous For?

Greg Kinnear gained mainstream attention after starring in the 1997 film, As Good as it Gets. Responsible for his rise to fame, his portrayal in the title eventually earned him an Academy Award nomination in 1998.

Unfortunately, we do not have any information on Greg Kinnear’s location at this time, nor do we have any pictures of his home.

What Kind of Car Does Greg Kinnear Drive?

Details on Greg Kinnear’s vehicle is not available.

How Much Money Did Greg Kinnear Make Last Year?

Currently, the actor plays the role of Bill Shepherd in the political thriller, House of Cards. Earlier this year, he also made an appearance in Unbreakable Kimmy Schmidt.

According to IMDb, he also has a few upcoming films including Strange But True and A Family Vacation.

What’s the actor up to nowadays? If you’re a fan of Greg Kinnear’s work, be sure to follow him on social media—you can find him on Twitter at @RealGregKinnear. Unfortunately, it doesn’t look like he’s active on Instagram and Facebook at this time.